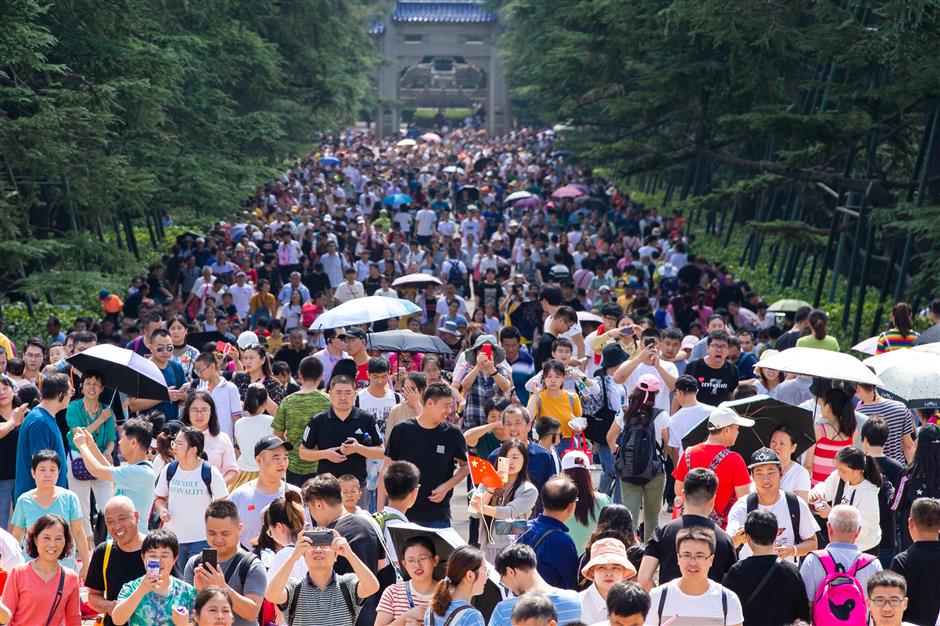 China saw a total of 782 million domestic tourist trips made during the seven-day National Day holiday, up 7.81 percent from last year, according to the Ministry of Culture and Tourism.

Tourism revenue reached nearly 650 billion yuan (US$90.94 billion) during the holiday which lasts from Oct. 1 to 7, up 8.47 percent, according to the ministry.

"Red tourism," or revolutionary-themed tourism, has become a highlight. About 78.84 percent of tourists participated in activities celebrating the 70th anniversary of the founding of the People's Republic of China, according to statistics from the ministry.

Over 7 million outbound trips were also made by Chinese during the holiday, said the ministry.