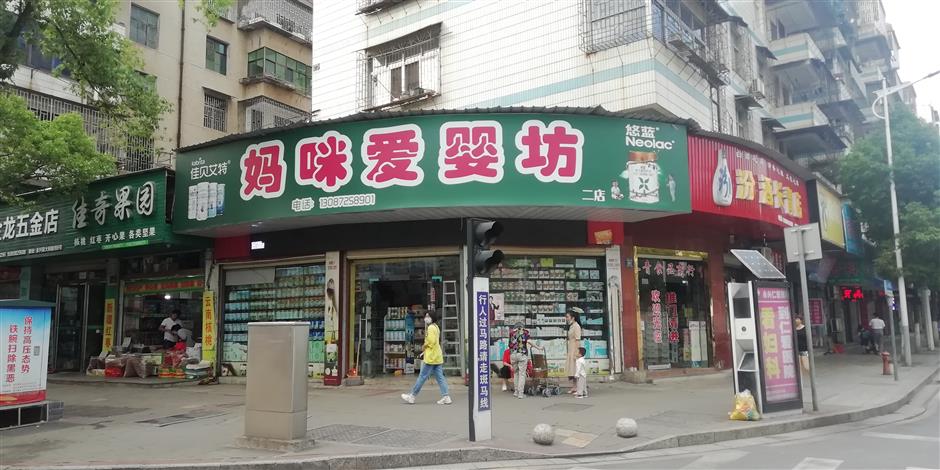 The Ai Ying Fang maternity store is seen in Yongxing County, Hunan Province, on May 14.

The owner of a maternity product store in central China’s Hunan Province was involved in false advertisement and two government officials were sacked after the store promoted a protein drink as baby formula, causing at least five children to have delayed growth, China Central Television reported on Tuesday.

The owner of the Ai Ying Fang shop in Chenzhou’s Yongxing County, surnamed Liao, was under criminal investigation for fraudulently selling the protein drink Bei An Min as formula for children with milk protein allergies, the report said.

The shop has suspended operations.

Li Jianjun, a deputy head, and Cao Shishun, an official with the quality watchdog of Yongxing County, were removed from their posts, the report said.

At least five children who consumed the protein drink had malnutrition and vitamin D deficiency and were underweight, according to medical examinations. Doctors will continue to monitor their condition and offer free medical checkups.