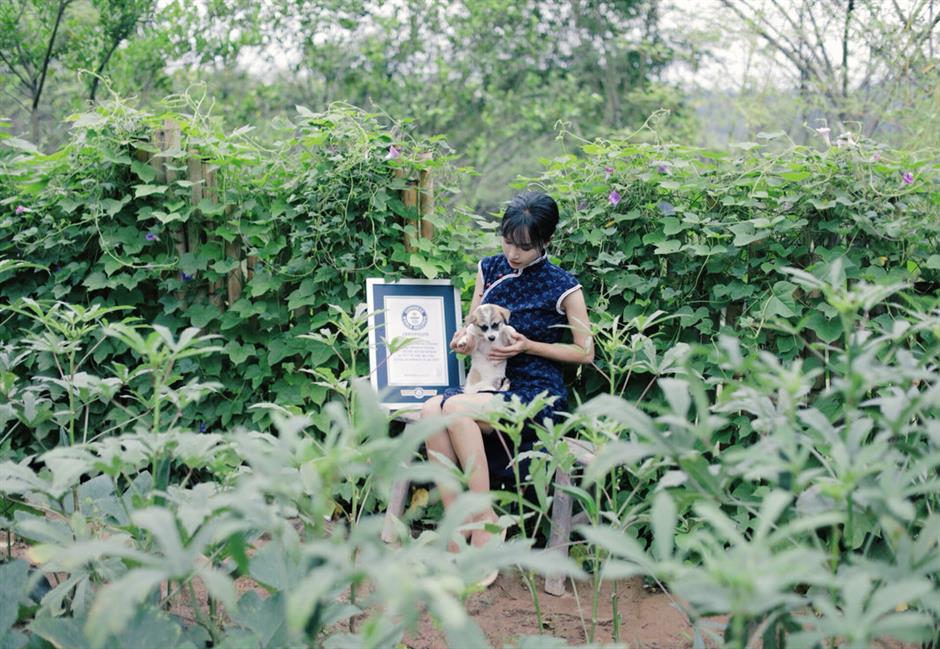 Li Ziqi poses for photographs with her dog and the Guinness World Records certificate.

Li, 31, is a food and country-life blogger, entrepreneur and Internet celebrity. She activated her YouTube channel on August 22, 2017, and posted her first video "Making a dress with grape skins, what kind of experience is it?" two days later, which has garnered more than 20.4 million views so far.

Her latest post presents how to make pickles and cure meat during Minor Snow and Major Snow – the 20th and 21st solar terms of the traditional Chinese lunar calendar. The short video has more than 7.5 million views within three weeks of its release. 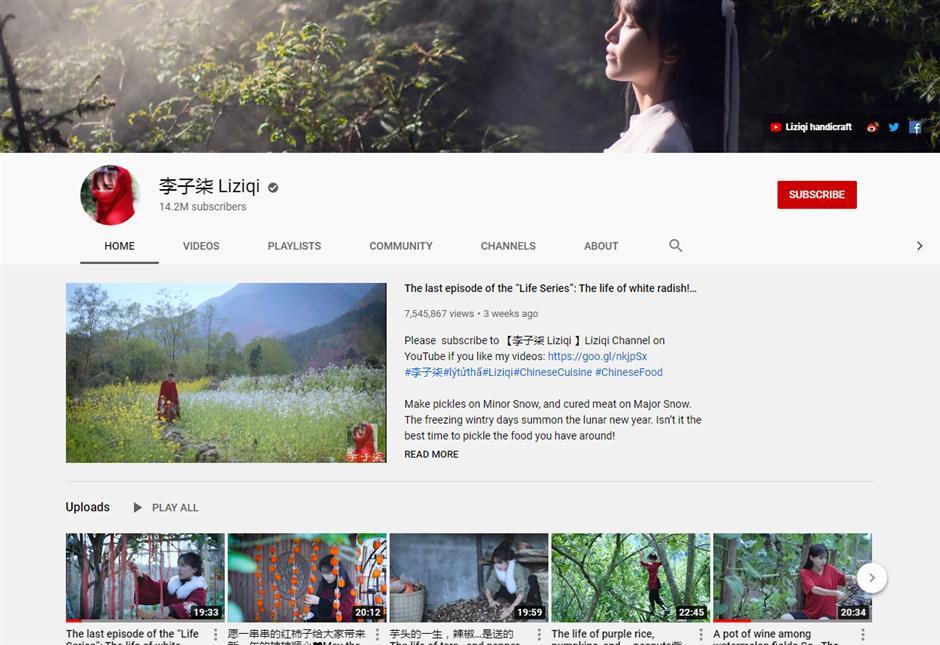 Li Ziqi's YouTube channel has more than 14.2 million subscribers as of February 3, 2021.

Following her September 2020 video about homemade wine, a netizen commented: "This girl is inspiring millions to return to their roots and live with the earth." And another comment, which garnered the most likes, reads: "She is the strongest woman that I have ever seen, with multiple skills ranging from engineering, landscaping to cooking."