Some of us may be flattered if we see family pictures in a highly-rated web series, but what if it’s our living parents’ wedding photos — and the leading actors say it’s their deceased parents?

That’s what happened to a Weibo.com (the equivalent of Twitter in China) user Xxsleepiness who posted on Feburary 6 saying that her parents’ wedding photos were used in a recently aired web urban drama, Vacation of Love, without her knowledge. 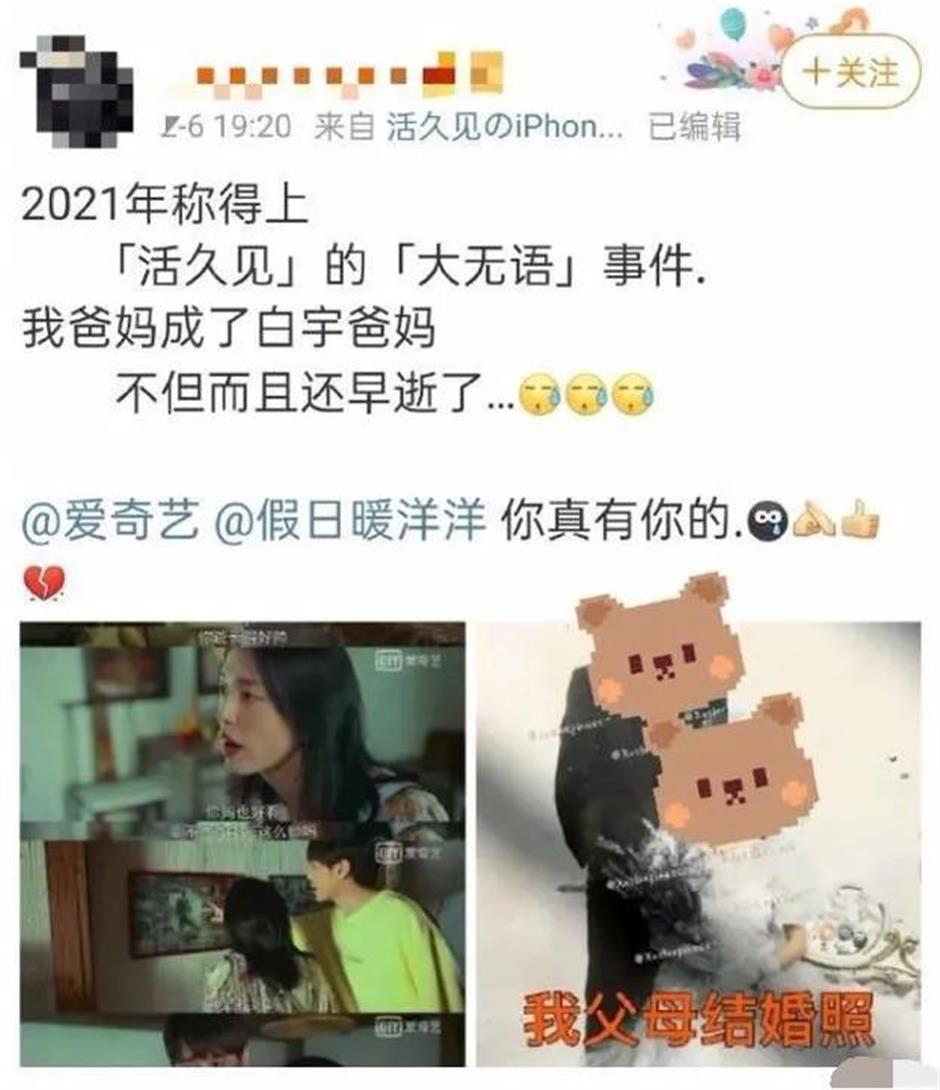 More than 8,000 re-posted and 3,000 Weibo users commented on the post, most criticizing how careless and disrespectful the production team was. They demanded the team correct the mistake and apologize to Xxsleepiness.

The production team has issued a responding apology on their official Weibo account, saying it’s an employee’s oversight that has caused such a negative view of their production. He will be fired immediately and the problem will be fixed for the remaining episodes. 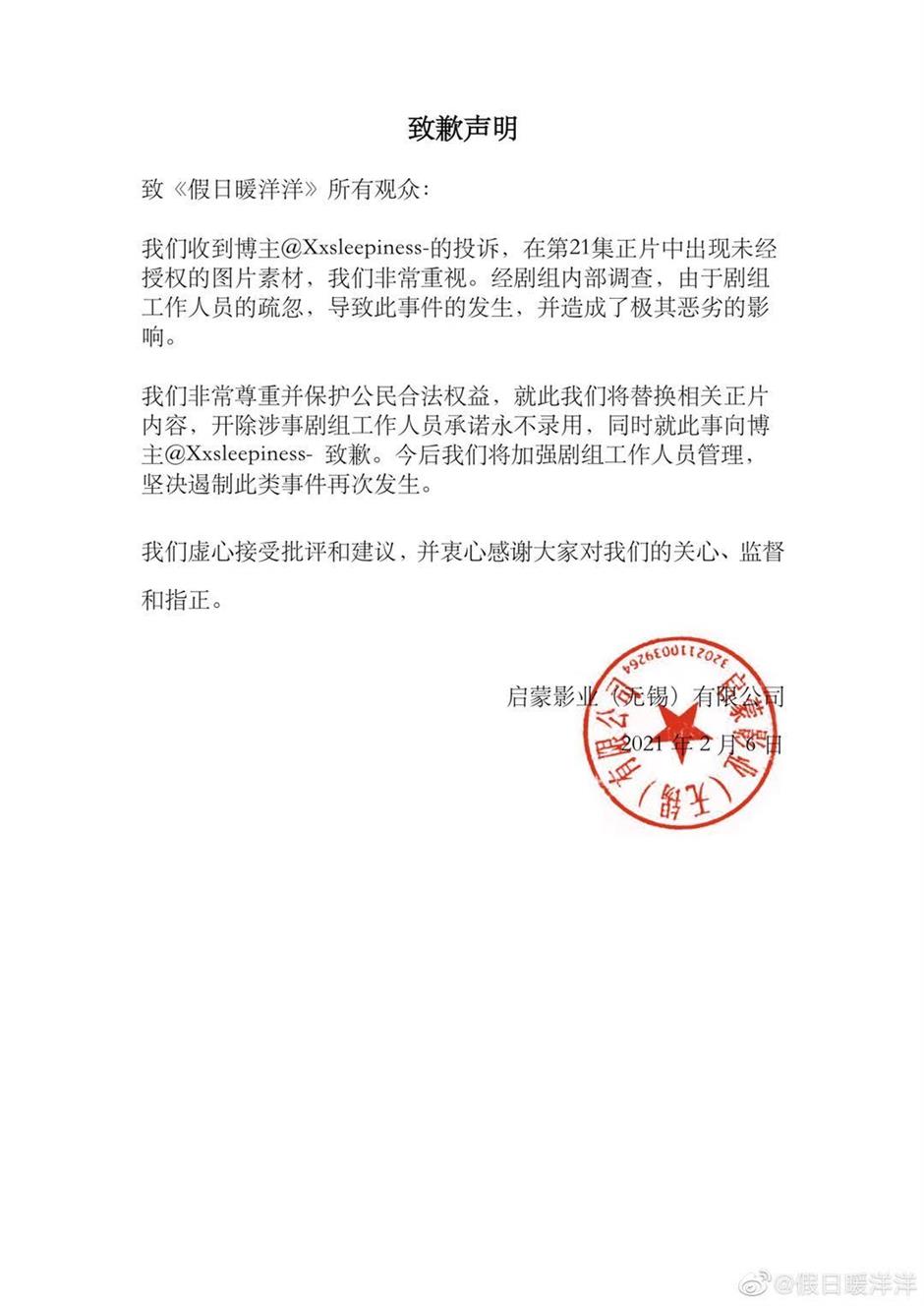 The apology issued by the Vacation of Love production team.

Another Weibo.com 三月Suli has also posted on the apology post, saying her picture was  used without her authorization, and it’s portrayed in a negative way.

Vacation of Love is a romantic web series that takes place in a vacation village, where a couple of worn-out urban dwellers finally find a respite from their repetitive daily routines and some long-sought romance. 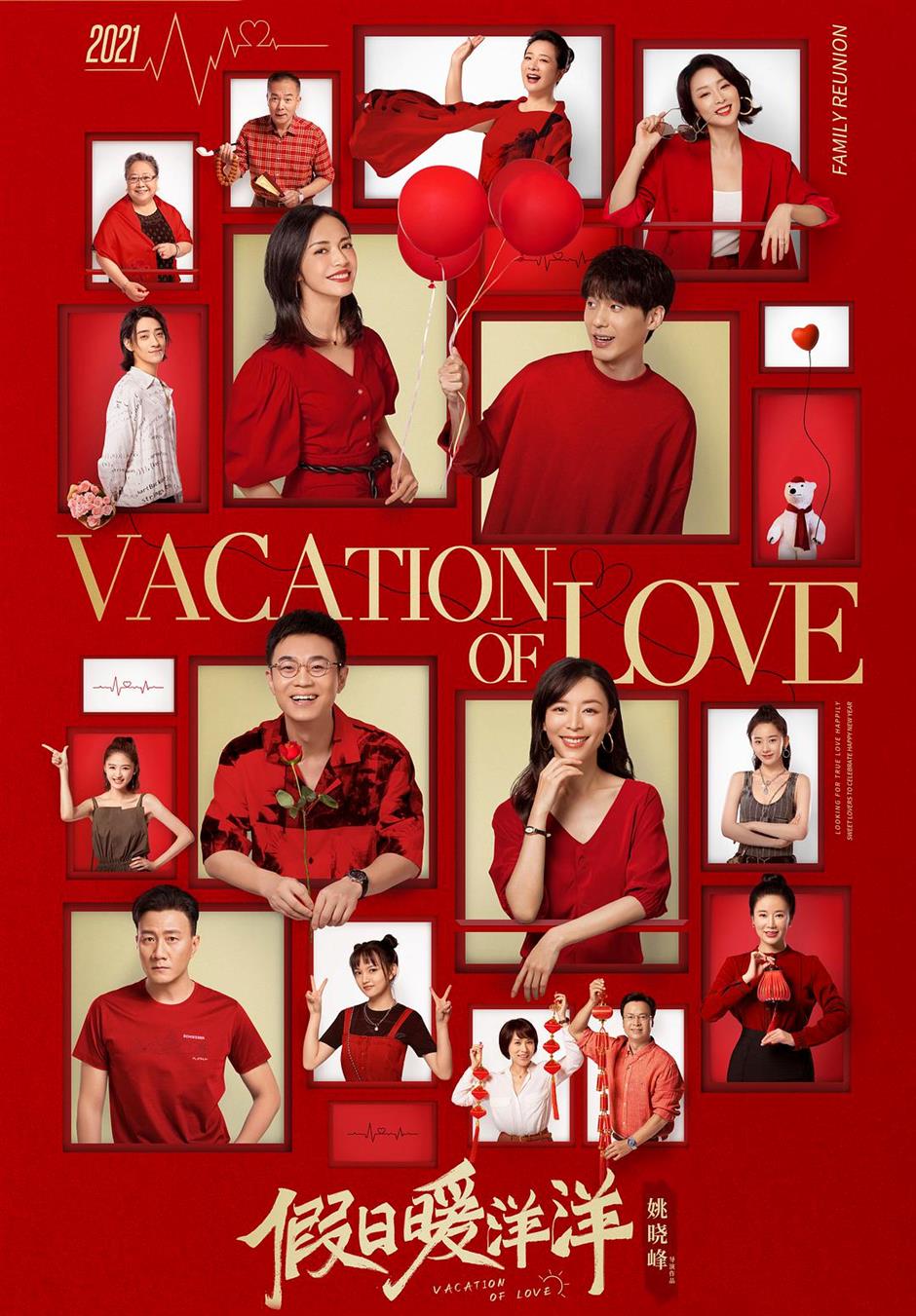 A poster for Vacation of Love.