Family in tearful reunion with their son after 24 years 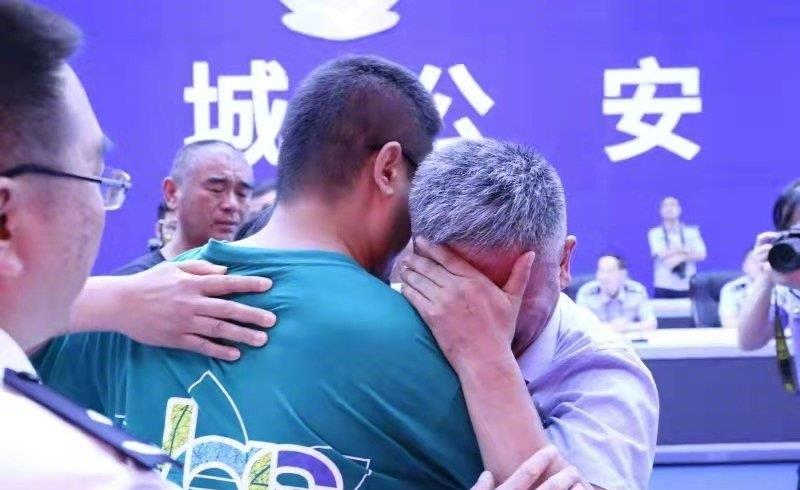 A family was reunited with their son in an east China city on Sunday, 24 years after the boy was abducted when he was only 2 years old, as new clues surfaced which led to the arrests of two human traffickers.

In emotional scenes in Liaocheng, Shandong Province, 51-year-old Guo Gangtang burst into tears as he tightly hugged his son Guo Xinzhen whom he had been searching for relentlessly since his disappearance. The story inspired a blockbuster movie "Lost and Love." 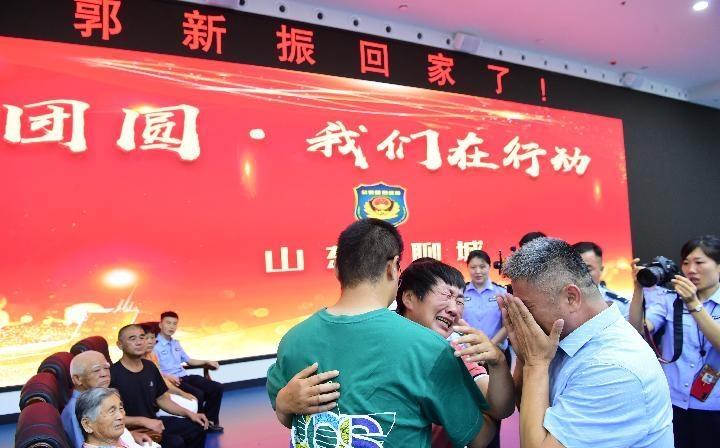 Two suspects, a man surnamed Hu and his then girlfriend surnamed Tang, have been detained by police for allegedly abducting and selling the younger Guo, police said at a press briefing today.

The boy was snatched away by Tang when he was playing outside his home in Liaocheng on September 21, 1997. The couple took Guo to central China's Henan Province where they sold him for profit, police said.

After learning of the happy reunion, famous Hong Kong actor Andy Lau, who played Guo Gangtang in the movie, sent his blessings to Guo's family and his thanks to police for their years of hard work.

"I admire your persistence, Mr Guo, and I also want to pay tribute to the police for their efforts over the years," Lau said in a video posted on his social media.

The senior Guo was devastated after finding his son missing. He then embarked on an unrelenting journey to look for the boy, traveling some 500,000 kilometers all over China, wearing out dozens of motorcycles and carrying banners with his son's information.

Guo Gangtang rides a motorcycle in Guiyang, Guizhou Province, looking for his son in this 2010 file photo.