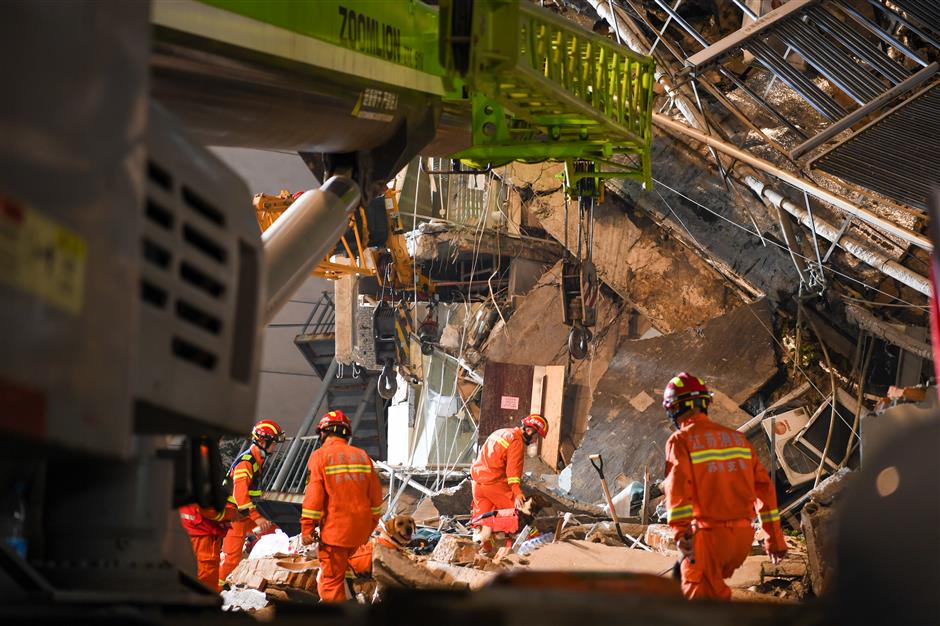 Firefighters sift through the collapsed building in Suzhou, Jiangsu Province, on July 13.

Seventeen people died, five were injured and one was unharmed as the search for survivors from a collapsed building in Suzhou, east China's Jiangsu Province, ended, local government said today.

All people trapped when the hotel in Wujiang District collapsed at 3:33pm on Monday have been found, the district government said.

Jiangsu provincial government has formed a taskforce to investigate the cause of the cave-in. The legal representative, operator, designer and builders of the hotel have been summoned to help the investigation.