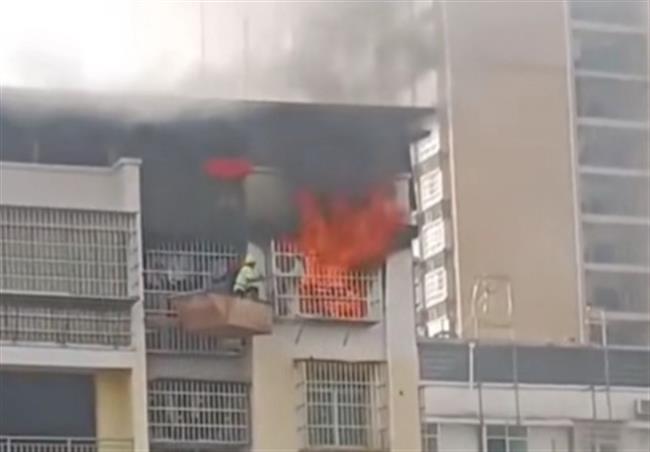 Two workers caught a lift on a tower crane to rescue a boy trapped in the burglar mesh of a burning room on the top floor of a high-rise building in Sichuan Province.

An apartment on the top floor of the residential building in Suining City had caught fire, trapping the boy in the mesh, Changsha Media Group reported on Tuesday.

The workers, on the job at a nearby construction site, broke the mesh with axes and hammers and successfully saved the boy.

"It took us three minutes to be lifted up, break the steel bars and get the boy out. When we arrived, he was weakly crying for help," one of the men, Guo Bing, said.

The two rescuers and the crane operator were awarded 10,000 yuan (US$1,545) for their bravery and kindness, CMG reported.

The boy is being treated in hospital and the cause of the fire is under investigation. 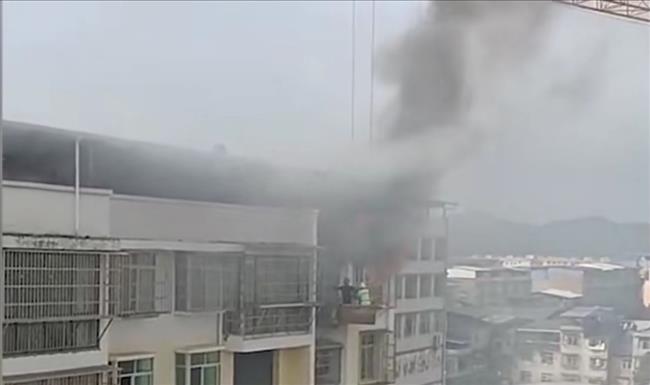 Two workers are lifted by a tower crane to reach the boy.