Chinese diver motivated to win gold by her mom's illness 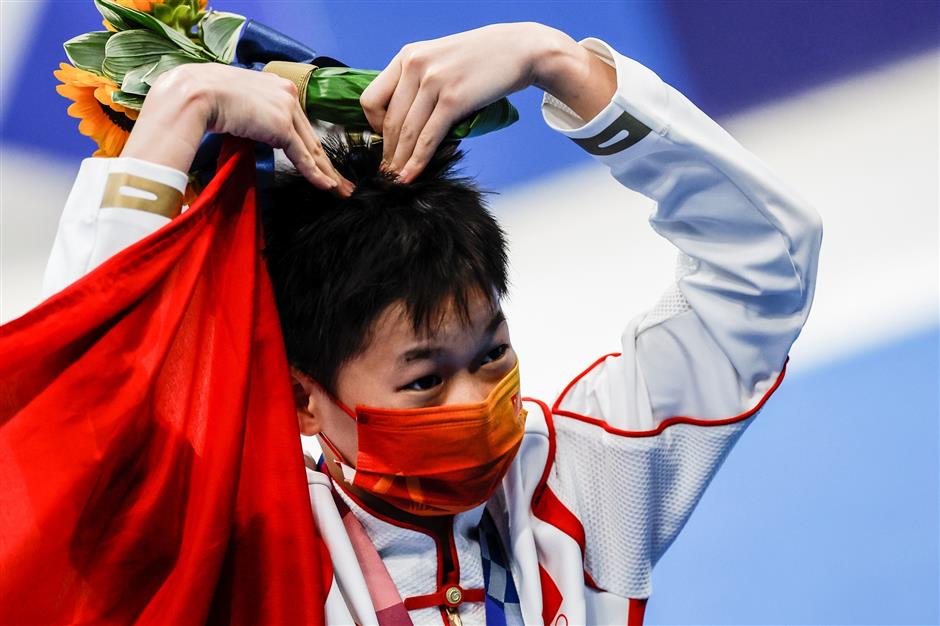 Quan Hongchan, the teenage Chinese diver who stunned the world with three perfect-10 dives to win gold in the Tokyo Olympics, says her main motivation is to earn more money to treat her mother's illness.

The 14-year-old's overall score in the women's 10-meter platform final hit a record-breaking 466.2 points on Thursday, beating her Chinese teammate Chen Yuxi by 40.8 points and helping her comfortably claim the gold medal.

Although one of the brightest rising stars at the Games, Quan, China's youngest competing athlete, lives a rather plain and simple life in rural Zhanjiang, in south China's Guangdong Province.

Her family isn't affluent, surviving on only a few acres of land to make a living, and nurturing Quan as a hardy girl who was scouted by a sports school in her hometown in 2014.

The whole family has shouldered a heavy burden since Quan's mother was injured in a traffic accident some years ago. This became a main motivation for Quan to take up her sports career, receive training and become a better competitor in diving events.

"My mother has been in hospital several times," Quan told The Paper after the Olympic trials. "The treatment costs a lot. I feel like I have to earn money, to send it home to mom."

When interviewed on the reasons behind her victory, Quan firstly thanked her parents, once again emphasizing her wish to support her mother.

"Mom is ill. I want to make a lot of money, to treat her, and cure her completely," she said.

With such an impressive performance, Quan, however, insisted that she should not be considered a prodigy, as she does not enjoy the same success at school.

"I don't do well in my studies. You ask me all these questions, but there's only a blank in my mind," she said to interviewers.