The number of divorces in the first six months of this year nearly halved after China introduced a 30-day cooling-off period before divorce in last year's newly adopted Civil Code.

Since the new rule came into effect on January 1, 2021, some 966,000 divorces were granted in the first six months in China, according to latest statistics released on August 3 by the Ministry of Civil Affairs.

The number plummeted by around 47 percent compared with the first half of 2019. 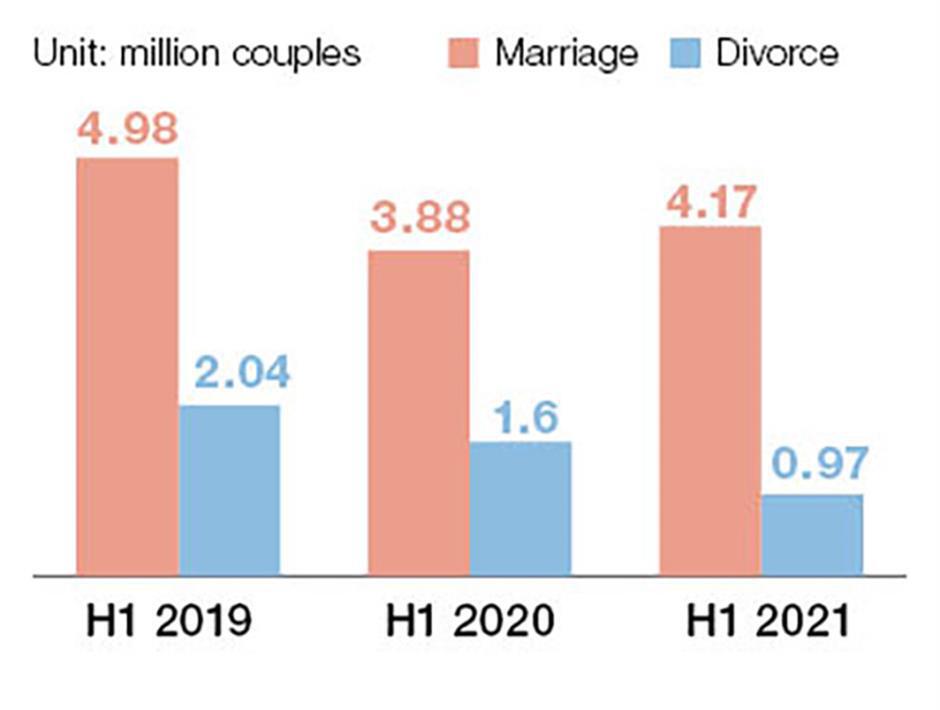 The first half of 2020 saw an unusually low number of divorces because civil service operations were stopped for a while at the peak of the COVID-19 pandemic.

Professor Dong Yuzheng, a population expert and head of Guangdong Academy of Population Development, believes the decline was related to the newly introduced cooling-off period before divorce. This allows people to calm down and sort out their issues, Yicai reported.

With the help of the cooling-off period, more rational and comprehensive judgments can be made so that some couples might solve disputes and withdraw their divorce application, Dong said.

On the other hand, the general population who reach their marriage age is also shrinking, a factor which also reflects on the downturn in divorces.

The cooling-off period before divorce, a legal practice implemented in the Civil Code, requires couples who apply for divorce to think twice before ending their relationship.

As the code stands, when a couple apply for a divorce at the civil affairs department, their application will be approved after 30 days if neither party withdraws the divorce application.

Divorces vs marriages by regions in the H1