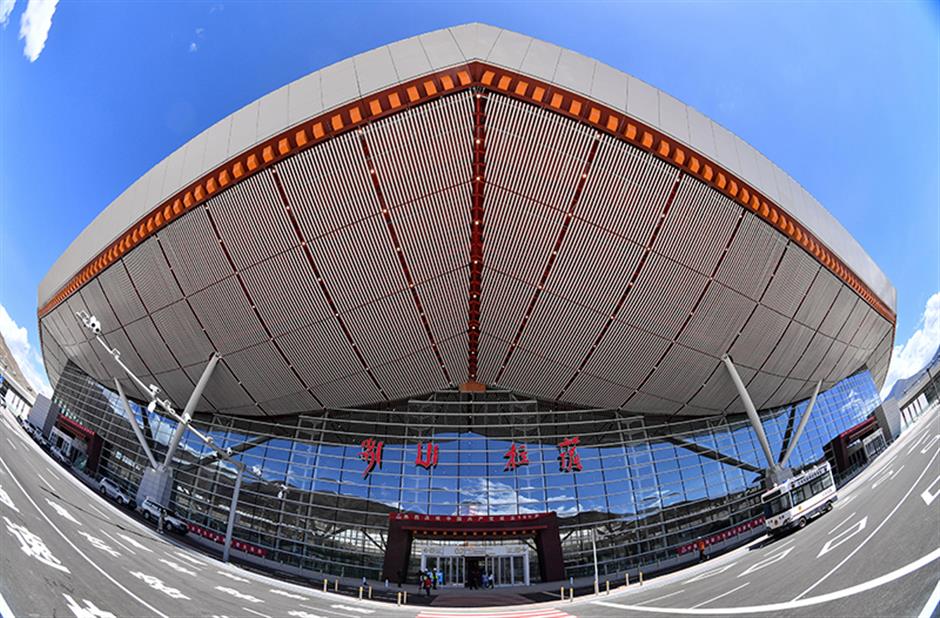 The new terminal of Lhasa Gonggar Airport looks like a lotus flower from above. It will help the airport meet the target of handling 9 million passengers and 80,000 tons of cargo and mail by 2025, according to the airport.

Located in Gonggar County of Shannan City and close to the regional capital of Lhasa, Lhasa Gonggar Airport is the largest airport in Tibet.

Since late 2012, China has been expanding its infrastructure investment in Tibet. The region has launched a total of 130 air routes, with 61 cities connected by flights. The number of passenger trips made through these airports totaled 5.18 million in 2020.