The Chinese mainland on Monday reported 59 new locally transmitted COVID-19 cases, all in Fujian Province, the National Health Commission said in its daily report on Tuesday.

Also reported were 33 new imported cases, including 14 in Yunnan, eight in Guangdong, six in Shanghai, two in Sichuan, and one each in Beijing, Fujian and Shandong.

No new suspected cases or new deaths related to COVID-19 were reported on Monday, the commission said.

The total number of confirmed COVID-19 cases on the mainland reached 95,340 by Monday, including 810 patients still receiving treatment, four of whom were in severe conditions.

A total of 89,894 patients had been discharged from hospitals following recovery on the mainland, and 4,636 had died as a result of the virus.

There were no suspected COVID-19 cases on the mainland on Monday.

A total of 20 asymptomatic cases were newly reported, 19 of whom arrived from outside the mainland and one was a local case. There were a total of 401 asymptomatic cases, of whom 362 were imported, under medical observation as of Monday. 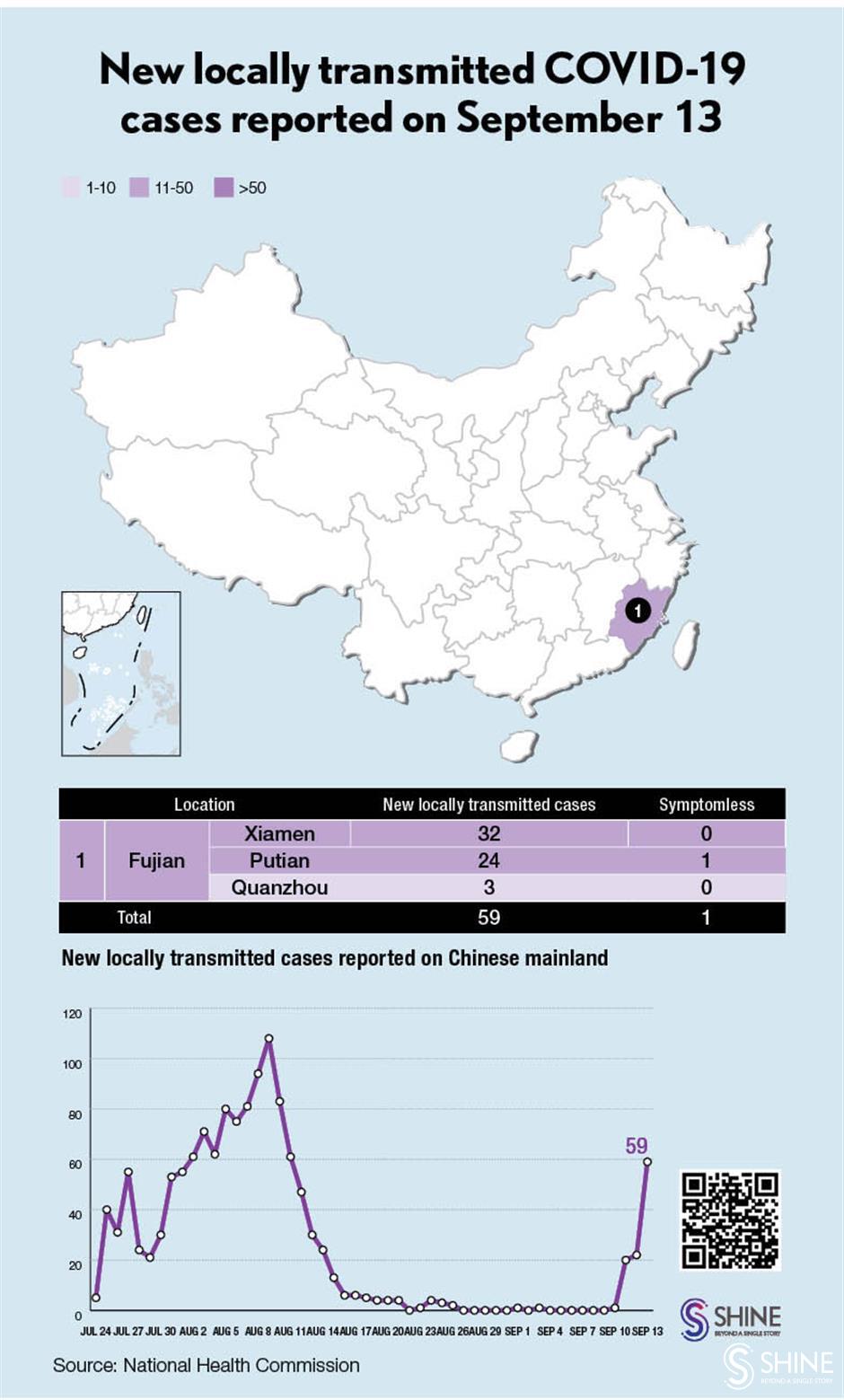