Many Chinese people have the preconception that the drinks and meals served on trains are mostly tray meals, free hot water and bottled drinks. China Railway, however, has introduced bubble tea drinks in Guangzhou to appeal to the younger generation.

China Railway announced the news on its official Weibo account last Sunday, which became the No. 1 trending topic that day, read by more than 2 million users. 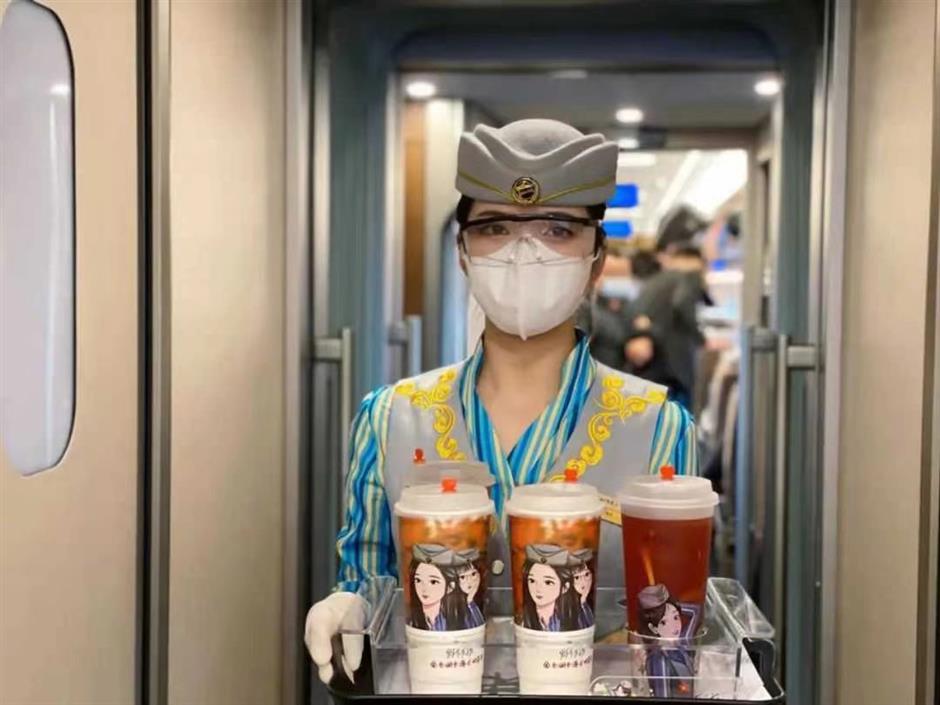 Named "That Girl" based on female high-speed train attendants' animated image, the drinks come in four flavors of jasmine & fruit, bubble tea, red bean, and the original milk tea. The average sales of the drinks can reach 3,000 cups, and they often sell out. 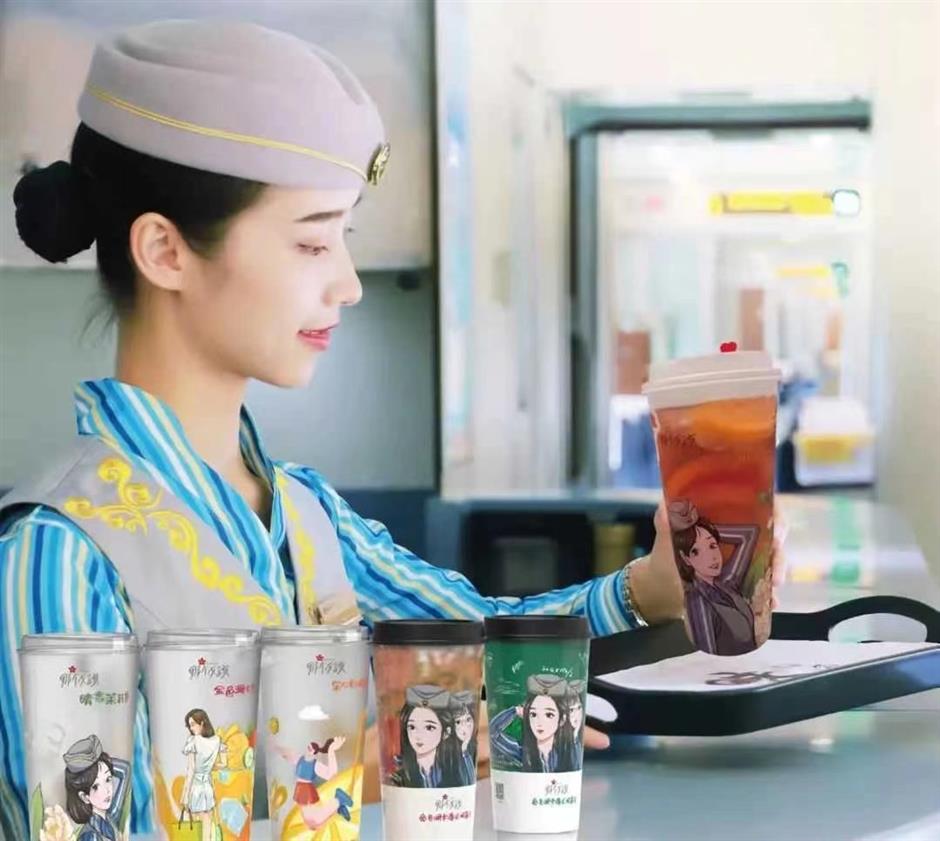 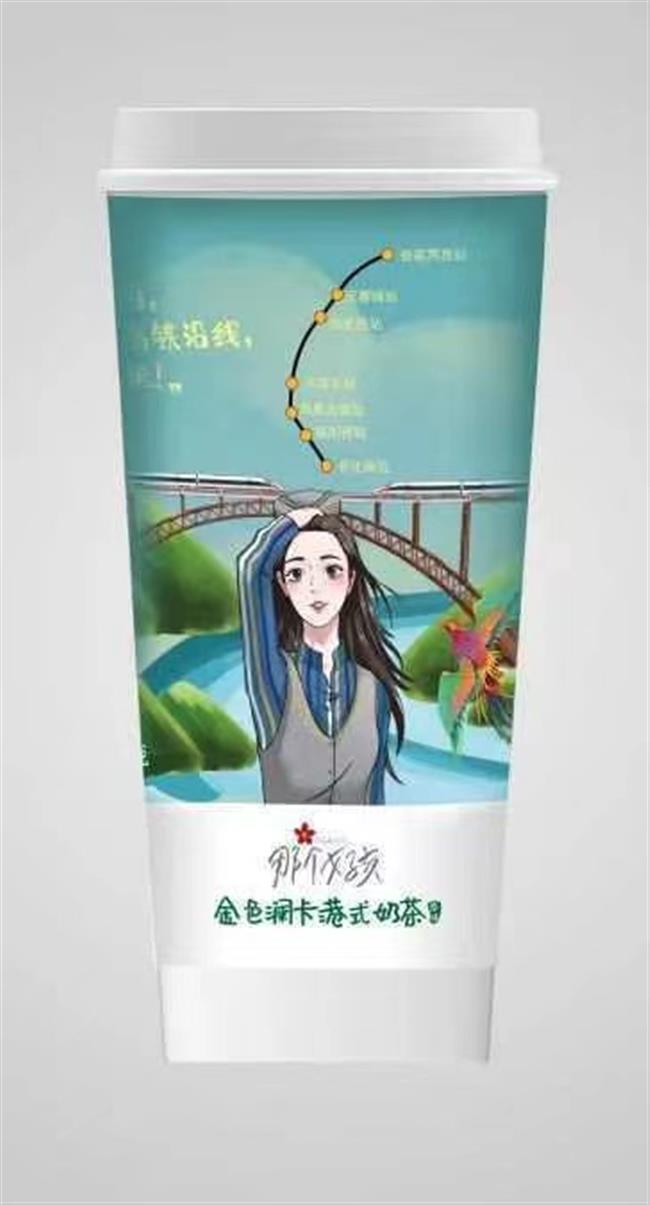 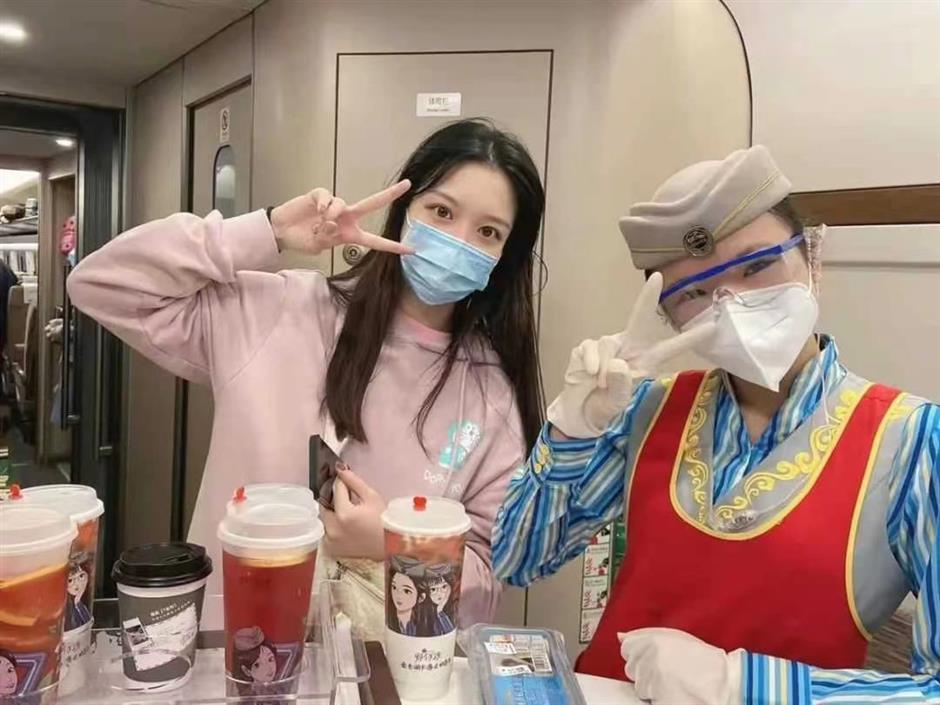 A passenger takes a photo with a Guangzhou high-speed train crew member selling the drinks.

China Railway said they were inspired by a CCTV-1 program named "To See China on a High-Speed Train," in which a journalist tasted bubble tea on a bullet train.

The CCTV-1 program "To See China on a High-Speed Train," in which a CCTV journalist tastes bubble tea on a bullet train.

The drinks are not universally appreciated though. One Weibo user said it tasted like a pre-packaged bubble tea drink.

China Railway's new attempt is still appreciated by most netizens who left encouraging comments on the post. Many users just left comments directly asking for food they would like to have on high speed trains. 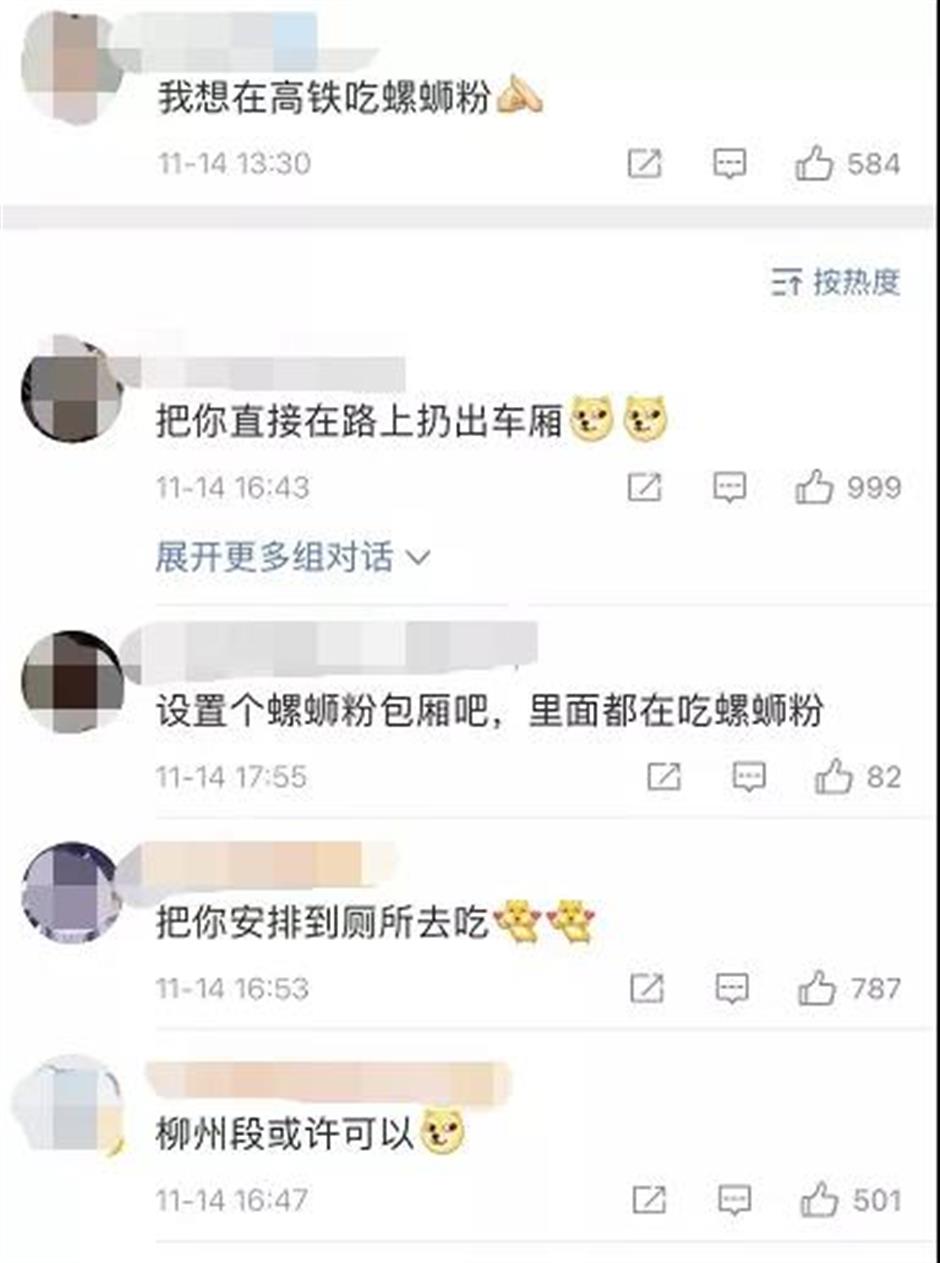 Netizens ask for an assortment of food and snacks from China Railway, including unrealistic ones such as stinky tofu and durian.