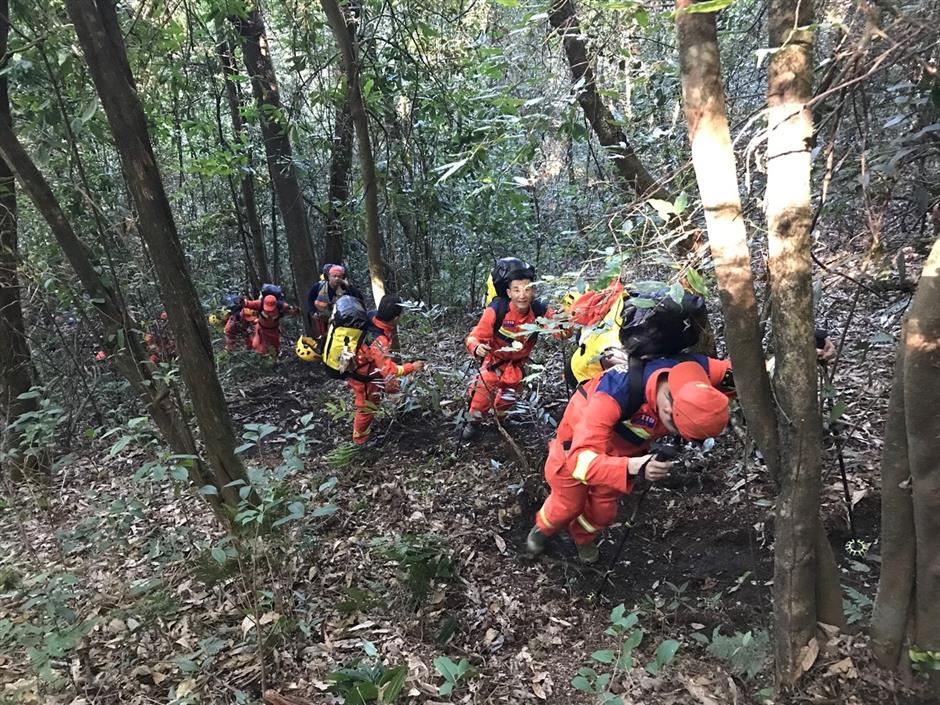 The main reasons for the geologists' deaths are believed to be excessive physical exertion from long-term climbing and hypothermia due to instantaneous strong winds and sudden temperature drop, according to joint on-site surveys by experts from public security, geology, meteorology, environment, communications, forestry and mountain rescuers.

The four geologists, all from Kunming Natural Resources Comprehensive Survey Center of the China Geological Survey, entered the Ailao Mountains on November 13 to survey forestry resources but lost contact at 4pm on November 14.

Ten helicopters, more than 50 drones and over 8,000 people were deployed for the search and rescue mission.

The forensic examination and joint on-site surveys were done from November 24 to December 5.

According to The Paper report, the survey center has undertaken forestry resource surveys in Yunnan and Guangdong provinces since 2019. Every year, survey teams consisting of people with fieldwork experience would undergo training and assessment.

All of the four geological investigators who died on the job had passed their assessments and had completed 32 survey tasks in Yunnan Province this year.

Their destination for the Ailao Mountains project was 2,691 meters above sea level. On October 23, they hired a local guide to conduct a preliminary route survey together, the report said.

They started out themselves after failing to hire a local guide.

Their bodies were found with all the equipment packed for the task and there was still some food in their backpacks. However, their satellite phones were left in the car.

The Ailao Mountains National Nature Reserve is known for its complex geomorphic features and diverse mountain climates; the average height is over 2,500 meters above sea level. The precipitous terrain where the four geological investigators died made it extremely difficult to walk.

An on-site survey showed the incident area features extremely high humidity and rapid temperature changes. Severe weather such as rainstorms, instantaneous strong winds and sudden drops in temperature are prone to occur, resulting in long-term heavy fog and extreme low visibility in the primeval forest, which makes it difficult to determine direction.