Yin Xiaoxia is one of the city's first village officials with a college degree.

Yin showed up in a livestream on Douyin promoting local tourism on January 14. Netizens applauded her as "the most beautiful leader." 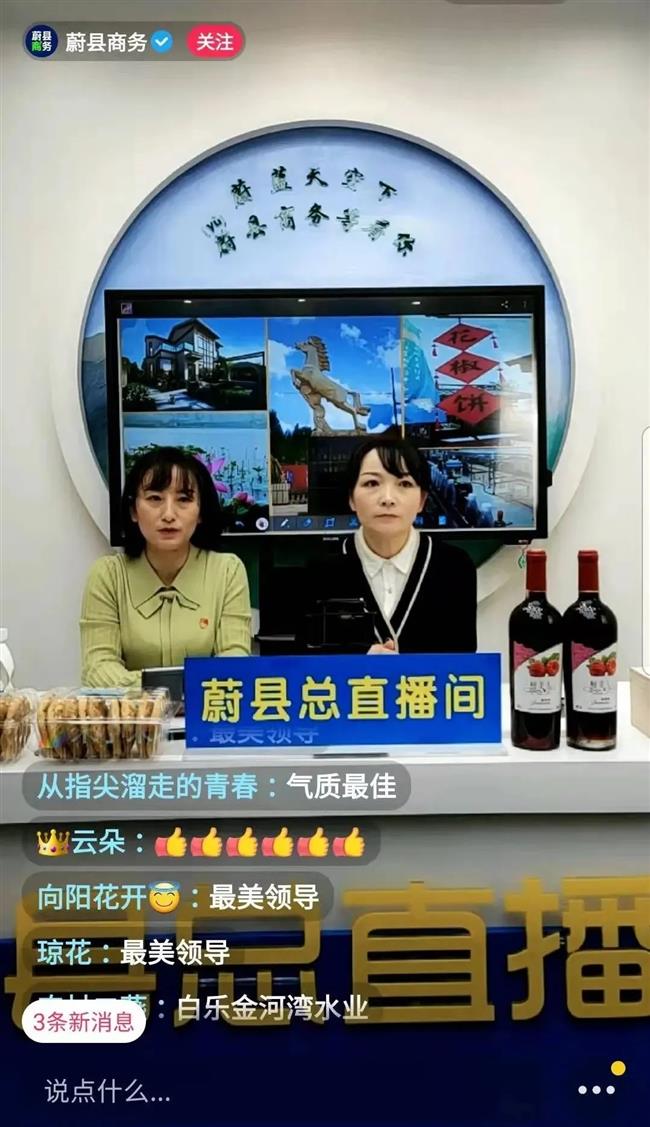 Yin promotes local tourism in a live broadcast on January 14.

But Yin asked people not to focus on her appearance when being interviewed by The Paper.

Baile Town, located in the southeast of Yuxian County, mainly relies on crop farming and breeding. The town's Dongpo ancient site dating back more than 6,000 years is a provincial-level cultural relic.

The 2,882-meter Xiaowutai Mountain in the town, the province's highest mountain, is also a national natural reserve.