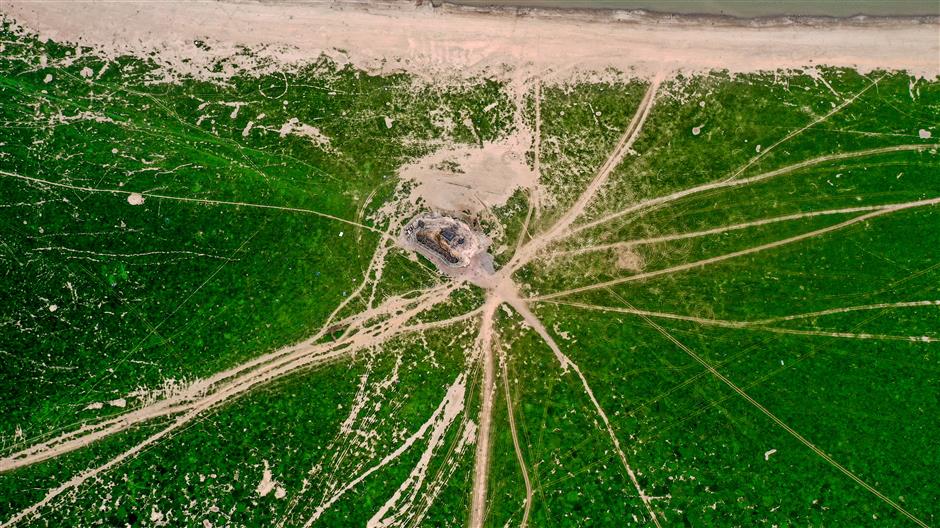 The riverbed of Poyang River in Jiangxi Province is exposed due to persistent high temperature and drought on September 3, 2022.

The water level of China's largest freshwater lake, Poyang, continued to decline due to persistent high temperature and the lack of rainfall, local authorities said on Tuesday.

The water level at the lake's landmark Xingzi hydrological station receded to 7.99 meters on Tuesday morning, down by about 4 meters in the past 31 days, said the Jiangxi provincial hydrologic monitoring center.

The lake entered this year's dry season on August 6, the earliest date since records started in 1951.

Drought relief efforts have been initiated as the water level of Poyang is expected to decline further due to heat waves and dry weather in the coming week.