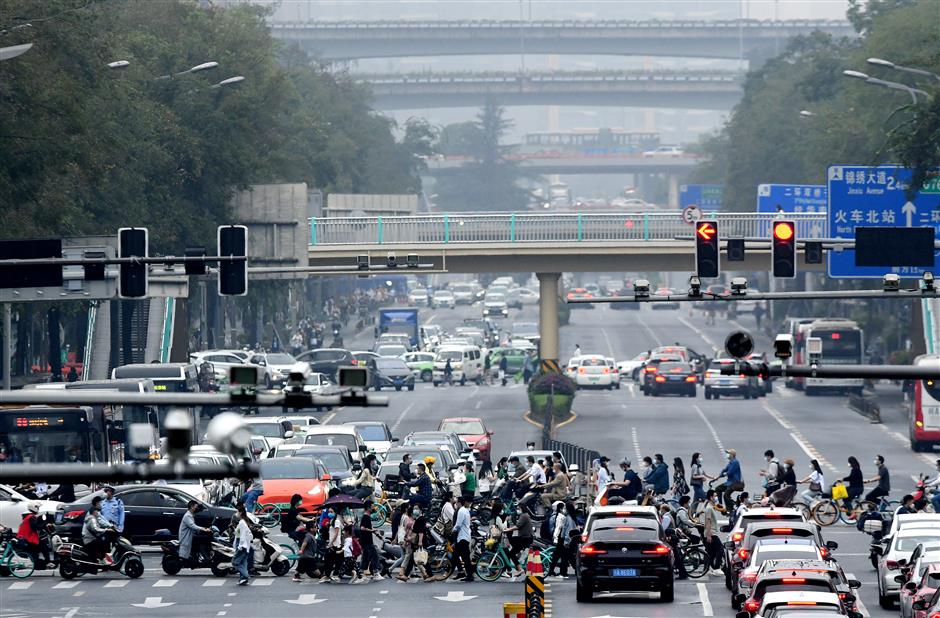 A busy intersection in Chengdu, capital city of Sichuan Province, is seen on September 19.

Millions of people in the southwest Chinese city of Chengdu emerged on Monday from a COVID-19 lockdown that had closed schools and businesses and seen residents stay at home for over two weeks.

"With the joint efforts of the whole city, the pandemic has been effectively controlled," the Chengdu government said in a statement on Sunday.

Government departments, public transport services and companies were able to resume work on Monday, the statement said, after shutting down on September 1.

Chengdu will continue to conduct mass testing, and anyone who wants to enter a public area or take public transport will require a negative COVID test result within 72 hours – similar to the rules in other large cities including Beijing and Shanghai.

Schools will reopen in an "orderly manner" and returning students will be strictly tested, the statement said.

Gyms, swimming pools, mahjong clubs and other indoor entertainment venues must all check whether patrons have a negative test result within 48 hours.

No new cases were reported in the city on Monday.

Chengdu will host the world team table tennis championships at the end of September in a "closed-loop" bubble.