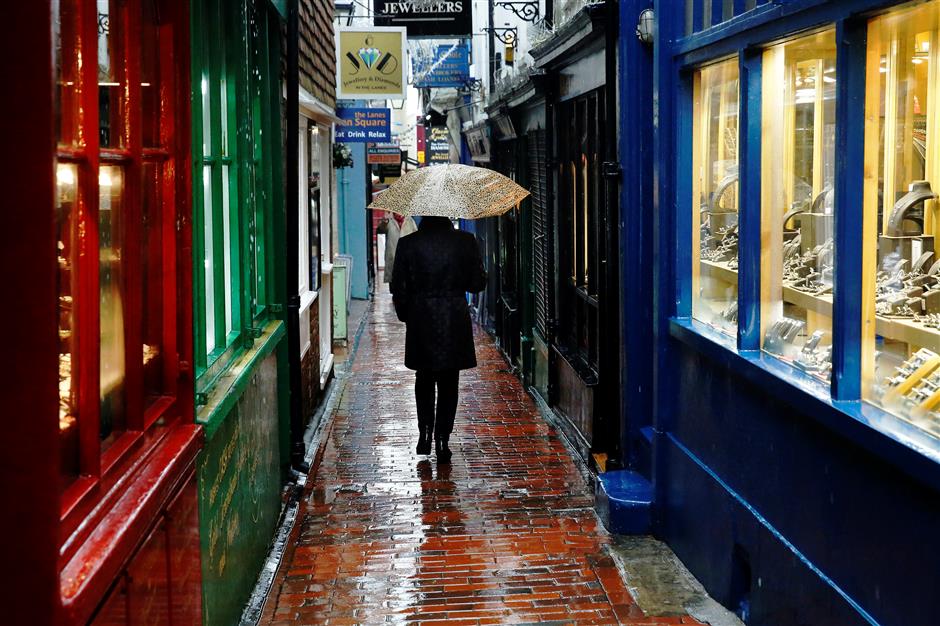 A woman carrying an umbrella walks through “The Lanes” shopping area in Brighton, southern England on January 8, 2015.

British pharmacies on Thursday launched a campaign encouraging domestic abuse victims to give staff a code word to access help.

The coronavirus pandemic and counter-virus lockdowns have led to a global surge in domestic violence and child abuse as victims have found it even harder to flee attackers if they live together.

According to UN data released in late September, lockdowns have led to increases in complaints or calls to report domestic abuse of 25 percent in Argentina, 30 percent in Cyprus and France and 33 percent in Singapore.

The new scheme involves the 2,300 branches of Boots, the UK’s largest pharmacy chain, as well as 255 independent pharmacies, the government said.

People who “discreetly signal” using the code word “ANI” will be offered a private space where they can talk to a trained pharmacy worker who will ask them if they want to immediately get help.

Home Secretary Priti Patel said the scheme “will ensure victims of domestic abuse can always get help when they need it.”

The government is to run a national advertising campaign to make people familiar with the code word, including social media advertising.

The British government announced in May last year that it was giving 76 million pounds (US$104 million) to charities that support survivors of domestic abuse, sexual violence and modern slavery.