US to reopen consulate in East Jerusalem 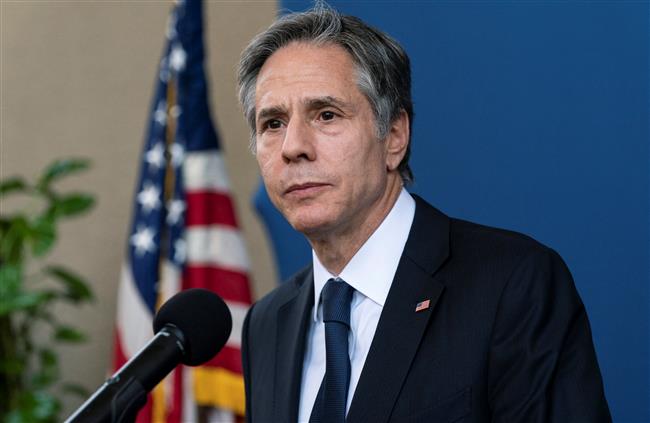 Secretary of State Antony Blinken announced on Tuesday that the United States would reopen its consulate in East Jerusalem – a move that restores ties with Palestinians that had been downgraded by the Trump administration.

The consulate long served as an autonomous office in charge of diplomatic relations with the Palestinians. But former US President Donald Trump downgraded its operations and placed them under the authority of his ambassador to Israel when he moved the embassy to Jerusalem.

Trump's move infuriated the Palestinians, who view East Jerusalem as occupied territory and the capital of their future state.

Blinken did not give a precise date for reopening the consulate. He announced the step after a meeting with Palestinian President Mahmoud Abbas in Ramallah, in the occupied West Bank.

"As I told the president, I'm here to underscore the commitment of the United States to rebuilding the relationship with the Palestinian Authority and the Palestinian people, a relationship built on mutual respect and also a shared conviction that Palestinians and Israelis alike deserve equal measures of security, freedom opportunity and dignity," he said.

Blinken is in the region to help shore up the ceasefire adopted last week that ended a devastating 11-day war between Israel and Gaza's militant Hamas rulers. The fighting killed more than 250 people, mostly Palestinians, and caused widespread destruction in the territory.

The secretary promised to "rally international support" to help Gaza in the wake of the war. He later announced nearly US$40 million in aid to the Palestinians, including US$5.5 million for Gaza.

That brings total US assistance to the Palestinians to over US$360 million after Trump cut off nearly all aid.

The truce that ended the Gaza war has so far held, but it did not address any of the underlying issues in the Israeli-Palestinian conflict, something Blinken acknowledged after meeting earlier in the day with Israeli Prime Minister Benjamin Netanyahu.

"We know that to prevent a return to violence, we have to use the space created to address a larger set of underlying issues and challenges. And that begins with tackling the grave humanitarian situation in Gaza and starting to rebuild," he said.