Green markets are not enough to save us from crisis 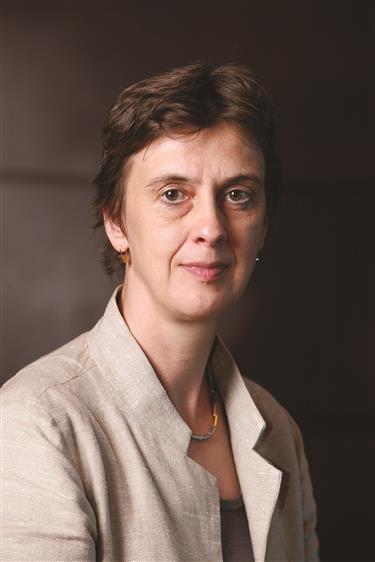 How can one make wise decisions about a perpetually unknowable future? This question is as old as humankind, but it has become existential in light of climate change. Although there is sufficient evidence that anthropogenic climate change is already here, we cannot possibly know all the ways that it will ramify in the coming decades.

All we know is that we must either reduce our environmental footprint or risk another global crisis on the scale of the “little ice age” in the seventeenth century, when climatic changes led to widespread disease, rebellion, war, and mass starvation, cutting short the lives of two-thirds of the global population.

The British economist John Maynard Keynes famously argued that investors are driven ultimately by “animal spirits.” In the face of uncertainty, people act on gut feelings, not “a weighted average of quantitative benefits multiplied by quantitative probabilities,” and it is these instinct-driven bets that may (or may not) pay off after the dust settles. And yet policymakers would have us trust animal spirits to help us overcome the uncertainty associated with climate change.

Humanity has long sought to reduce uncertainty by making the natural world more legible, and thus subject to its control.

For centuries, natural scientists have mapped the world, created taxonomies of plants and animals, and (more recently) sequenced the genomes of many species in the hope of discovering treatments against all imaginable maladies.

What maps, taxonomies, and sequences are to chemists and biologists, numbers and indicators are to social scientists. Prices, for example, signal the market value of goods and services, and the expected future value of financial assets. If investors have largely ignored certain assets, the reason might be that they were improperly measured or priced.

With the realities of climate change becoming increasingly apparent, major efforts are underway to identify and label “green investments.” But as the appeal of such assets has grown, so has the problem of greenwashing — when investments are fraudulently labeled “green” or “ESG” (environmental, social, and governance) on the basis of some vague or meaningless benchmark.

Here, the latest gimmick is to “go green” by purchasing offsets against one’s “brown” holdings, rather than actually divesting from them. Similarly, the European Union’s new regulation on “sustainability-related disclosures in the financial services sector” looks like yet another attempt to address climate change without actually paying the full bill for it.

Under the law, all financial market participants must publicly disclose their strategies for managing climate risk and their methodologies for labeling an asset sustainable, and financial-market authorities must do more to coordinate their supervisory efforts. But nowhere is there any word about liability or sanctions.

At the same time, big asset managers have been calling for more standardization, arguing that rational pricing is too difficult under today’s alphabet soup of competing indicators. Clear, objective numbers convey certainty and transform complex tradeoffs into a simple calculus. Because the price mechanism allows apples to be compared to oranges, it follows that green assets should be comparable to brown. The more prices there are, the greater the role that markets can play as the ultimate decision-maker. With humanity’s fate in the balance, politicians can wash their hands of the problem.

But the problem won’t go away, because standard metrics and indicators do not merely increase legibility; they also mask underlying complexities. They do not only capture and organize information; they also alter behavior, exerting performative effects in light of the types of information that are included or excluded. Judging by the current excitement surrounding green investing, it is these effects that most financial-market participants are chasing.

Moreover, we cannot trust that changes we make to social systems will yield the expected results. Recall the fate of Long-Term Capital Management, the Nobel laureate-run hedge fund that tanked in 1998 after its animal spirits collided with the real world.

At the heart of this failure was the option-pricing model, which had been billed as the solution to volatility-driven uncertainty.

By purporting to make option prices more predictable, it created a huge market for options and other derivatives.

Nature is even less forgiving than a social system like the market, where a state or central bank can come to the rescue. Earth will not bail us out when things go wrong. By relying merely on disclosures and the price mechanism to deal with climate change, we are placing a huge bet on the basis of measurements and indicators that we know to be incomplete, if not outright misleading.

We can devise as many hedges against potential climate-change scenarios as we want, but there is no hedge for a systemic event. Lacking the political will to confront our own behavior, we are simply assuming that climate change can be addressed with a minimally disruptive and financially neutral — or even profitable — update to the current operating system.

The COVID-19 pandemic should have warned us against such hubris. Instead, governments in advanced economies have decided to double down on private property rights and markets, prioritizing pharmaceutical companies’ patent protections over requests that they assist global vaccine production by sharing their technology.

By denying a waiver under the World Trade Organization rules, Big Pharma and its political allies are wagering that the virus will be contained before it can acquire mutations that will render the current vaccines ineffective. With new strains of the virus already circulating, this does not appear to be a very safe bet.

Katharina Pistor, professor of Comparative Law at Columbia Law School, is the author of “The Code of Capital: How the Law Creates Wealth and Inequality.” Copyright: Project Syndicate, 2021. www.project-syndicate.org

Special Reports
ADVERTISEMENT
Green markets are not enough to save us from crisis
Shanghai, let's make sleep our superpower
What?! Is buying a cat in Shanghai really that expensive?!
Communication is at the roots of understanding
Double standards of Western 'preachers' and the nefarious intentions behind them
Get over yourself and say 'yes' to pleasure
Living like a local: the German artist and her century-old traditional Shanghai home
'State's children' a model of national unity
Simple tips for leading a quality and low-carbon life
Top Chinese women managers at home and abroad describe their paths to success
EXPLORE SHINE