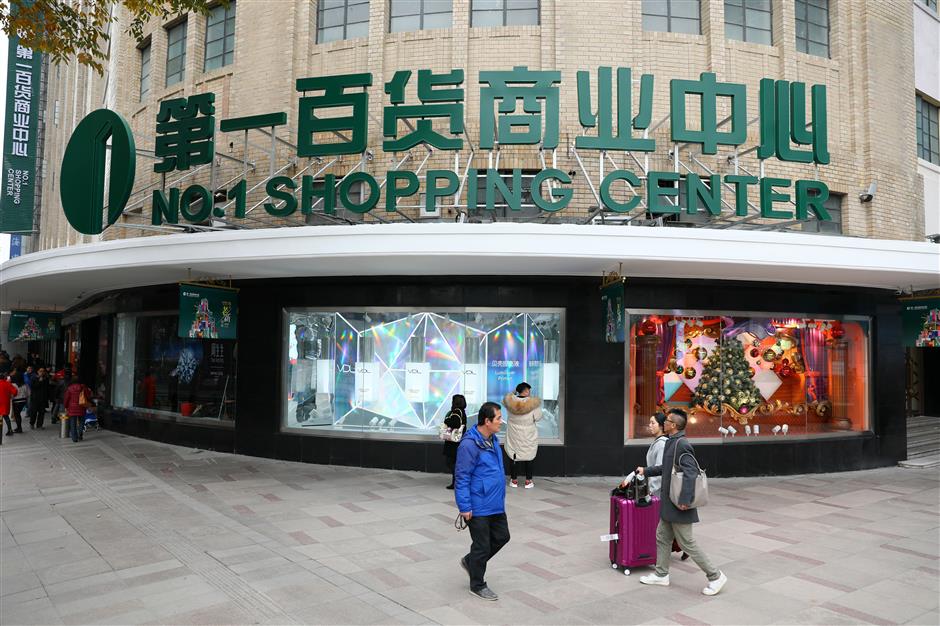 The Shanghai No.1 Shopping Center, once a benchmark department store in Shanghai, will reopen tomorrow after nearly half a year of renovation as Shanghai is upgrading commercial facilities and infrastructure to embrace new retail formats.

The Lane100 Cultural Space on the seventh floor, making the store outstanding, features historical photos and items showcasing the 81-year old history of Shanghai No.1 Department Store which are also reminiscent of the old Shanghai.

More diners and leisure activities will be introduced, as well as maternity and infant facilities. Upscale diners such as organic food vendors are to make up about 30 percent of total number of merchants within the shopping center.

They are under pressure when Shanghai's commercial facilities and shopping space in other districts are undergoing spectacular upgrades in the "Internet era."

Adding cultural and social functions to the shopping space has been a part of a major bid by Shanghai’s retail conglomerate Bailian Group Co to rejuvenate shopping environment and to better target consumers' preferences through Internet technologies and digital capabilities after a strategic partnership deal was inked between Hangzhou-headquartered e-commerce giant Alibaba Group and Bailian earlier this year.

"It's an inevitable trend for retailers to join hands with online giants to reshape the shopping experience for consumers in the digital age," said Wang Wei, managing director at Digital McKinsey in China. "Understanding how consumers make their shopping decisions and how to manage supply chain and offerings based on consumer purchasing preferences would be key areas for digital technology to reshape the retail industry in the next one or two years.”

Shanghai Commerce Commission's research arm Shanghai Commercial Research Center said in a report earlier that the number of Shanghai's comprehensive commercial complex would reach 230 by the end of this year, which has been successfully transforming the city's consumer and entertainment as well as art and cultural space in recent years.

The Ministry of Commerce said it's also upbeat about the prospects of new retail models.

"The retail industry is brewing a new round of reform with Internet technologies being deployed to integrate resources from both online and offline while retail merchandise is also quickly catching up with consumption upgrade," the ministry said in the annual China Retail Industry Development Report.

However, challenges such as oversupply and imbalanced development across different regions as well as business homogenization still remain.