The houses, elevated roads and highways in Jiading District are surrounded by greenery.

The National Exhibition and Convention Center (Shanghai) in Qingpu 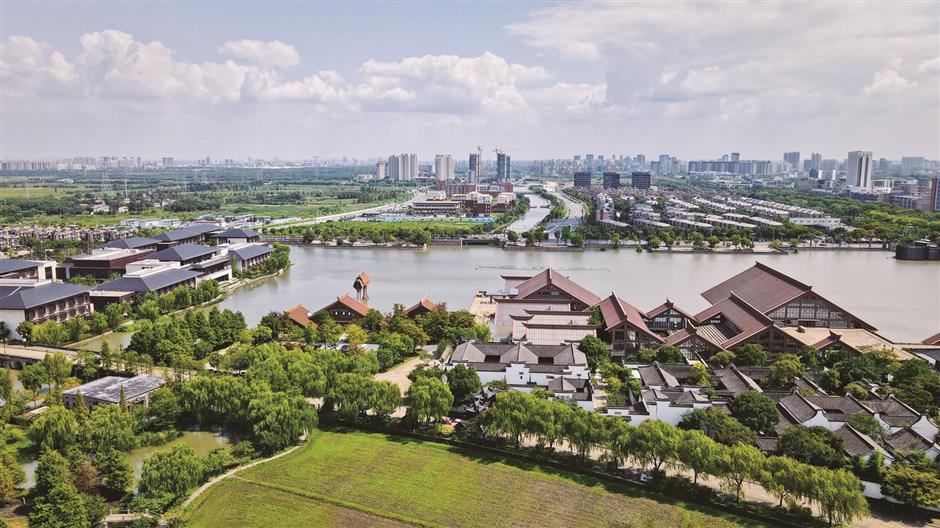 A view of Guangfulin Relics Park in Songjiang 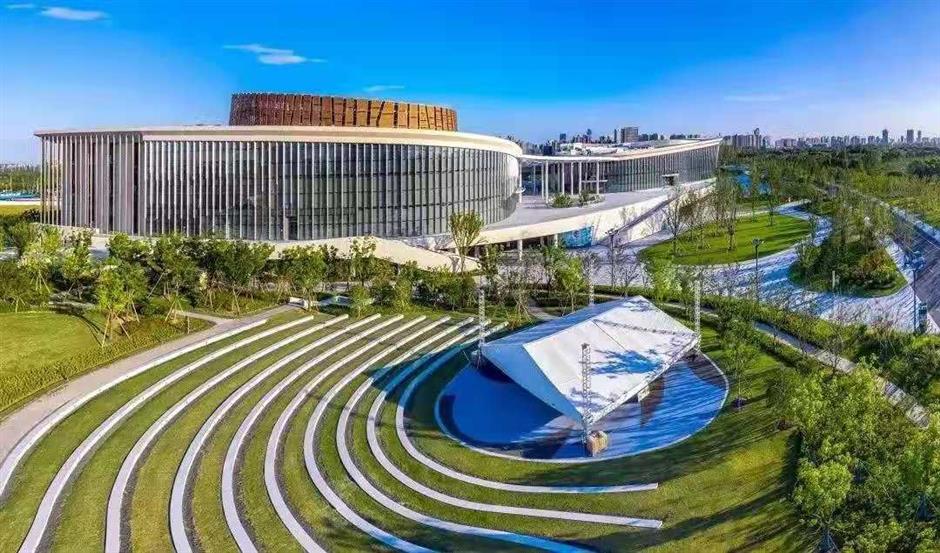 The site of the Nine Trees Future Art Center in Fengxian 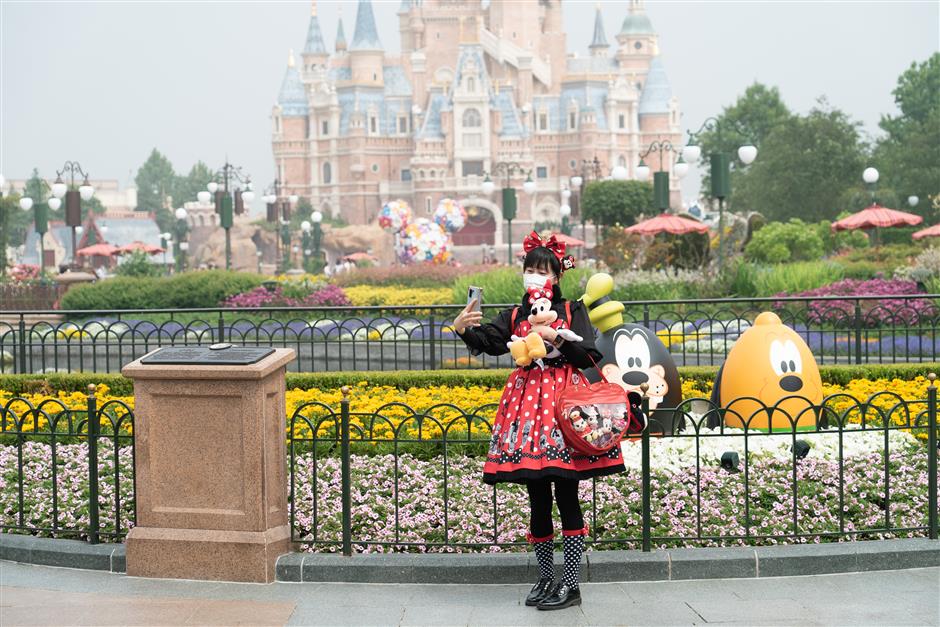 A visitor poses in Shanghai Disneyland in Nanhui

Shanghai has unveiled a plan to develop five "new cities" in outlying areas as it seeks to accelerate its economic and social growth during the 14th Five-Year Plan (2021-2025) period.

Under the city's five-year targets released during the ongoing "two sessions," Shanghai will strive to build Jiading, Qingpu, Songjiang, Fengxian and Nanhui as future growth engines.

These "new cities" will be developed into conveniently accessed livable areas where urban life and industrial development is well integrated, with each being able to attract a population of one million in the medium to long term.

They are designed to have a radiation effect in driving the integrated development within the city clusters of the Yangtze River Delta region, and have different positioning.

Jiading “new city” will leverage its strength in the auto industry and focus more of its future development in new-energy and intelligent and connected vehicles, intelligent sensors, as well as in the health care and medical industries.

Qingpu, which boasts rich water resources, will place more emphasis on ecological development with hydrogen energy being one of its key industries for future economic growth.

In Songjiang, clusters of emerging industries such as electronic information, integrated circuits, artificial intelligence and biomedicine will be expanded and consolidated.

In Fengxian, site of the Oriental Beauty Valley, beauty and health will remain a priority in the development which will continue to strengthen its leadership as China's top cosmetics hub.

In Nanhui, which is now part of the Pudong New Area, development of modern service industries, including international trade, cross-border finance, modern shipping, information service and professional service, will be prioritized over the next five years.