Districts in Shanghai issued a batch of 74 integrated licenses on Wednesday for enterprises in 13 industries, including convenience stores, supermarkets, restaurants and drugstores.

It marks the first issuance of such licenses since the city began promoting the "one integrated license" reform citywide.

During a trial run in July of 2019, the Pudong New Area launched a pilot program that combined multiple licenses into one single permit.

Last November, the State Council approved the district’s one integrated license reform plan, which expanded the number of industries covered to 31 and extended the legal validity of the license nationwide. The reform enabled companies to do business anywhere in China with one single license from the Pudong New Area. Until now, of the 31 pilot industries, only 25 involving the local authority had been fully implemented.

The one integrated license can significantly reduce the cost of industry access and foster a world-class business environment, the State Council said.

With the citywide implementation of the reform, market entities can now carry out relevant business activities in every city district.

Scanning a QR code on licenses enables the public to see which industries companies are approved to engage in, which also facilitates market regulation.

Of note, their licenses will also be uploaded to the city’s Suishenban app (as well as its mini programs on Alipay and WeChat), the one-stop government service portal, and the State Council’s electronic licenses database, which makes it more convenient for the public, regulators, and business systems to verify the certificates.

Also on Wednesday, the city's official portal Government Online-Offline Shanghai, an online platform for government services, opened a section for one integrated license services, through which companies can apply for the comprehensive license.

Through the online section and the offline special window for one integrated license applications, entrepreneurs can complete the whole administrative process for starting and operating a business all at once. 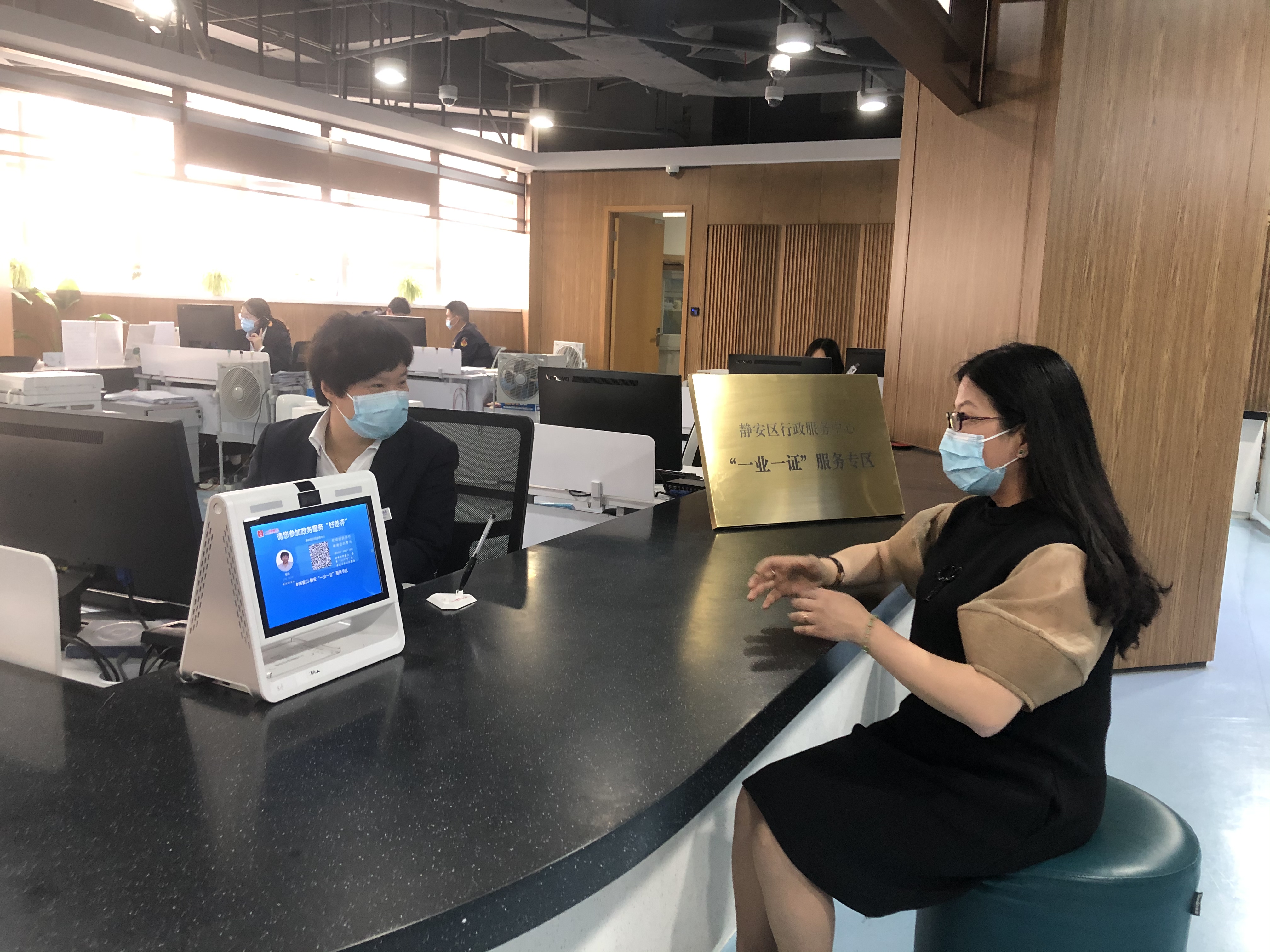 T9Tea (Shanghai) Catering Management, one of the first businesses in Jing'an District to be granted a comprehensive industrial license, applauded the reform.

"Previously, the multiple licenses only showed the name of each special certificate, but now 'the catering industry' we are part of is clearly printed on the integrated license," said Sun Lei, deputy general manager of the company. "By scanning the QR code on the license, people can find out the administrative licenses we have applied for and all our business qualifications, which is very convenient."

"With the aid of the one integrated license reform, we have seen great improvements in the efficiency of the approval process," said Li Handong, general manager of the company. "It also saves us time preparing and submitting duplicate documents."

"Before the reform, we had to prepare four documents and submit them at two different windows to apply for four licenses related to drug distribution, medical device sales, food business and alcohol product retail," Li added. "Because of the reform, this can be carried out at a single window." 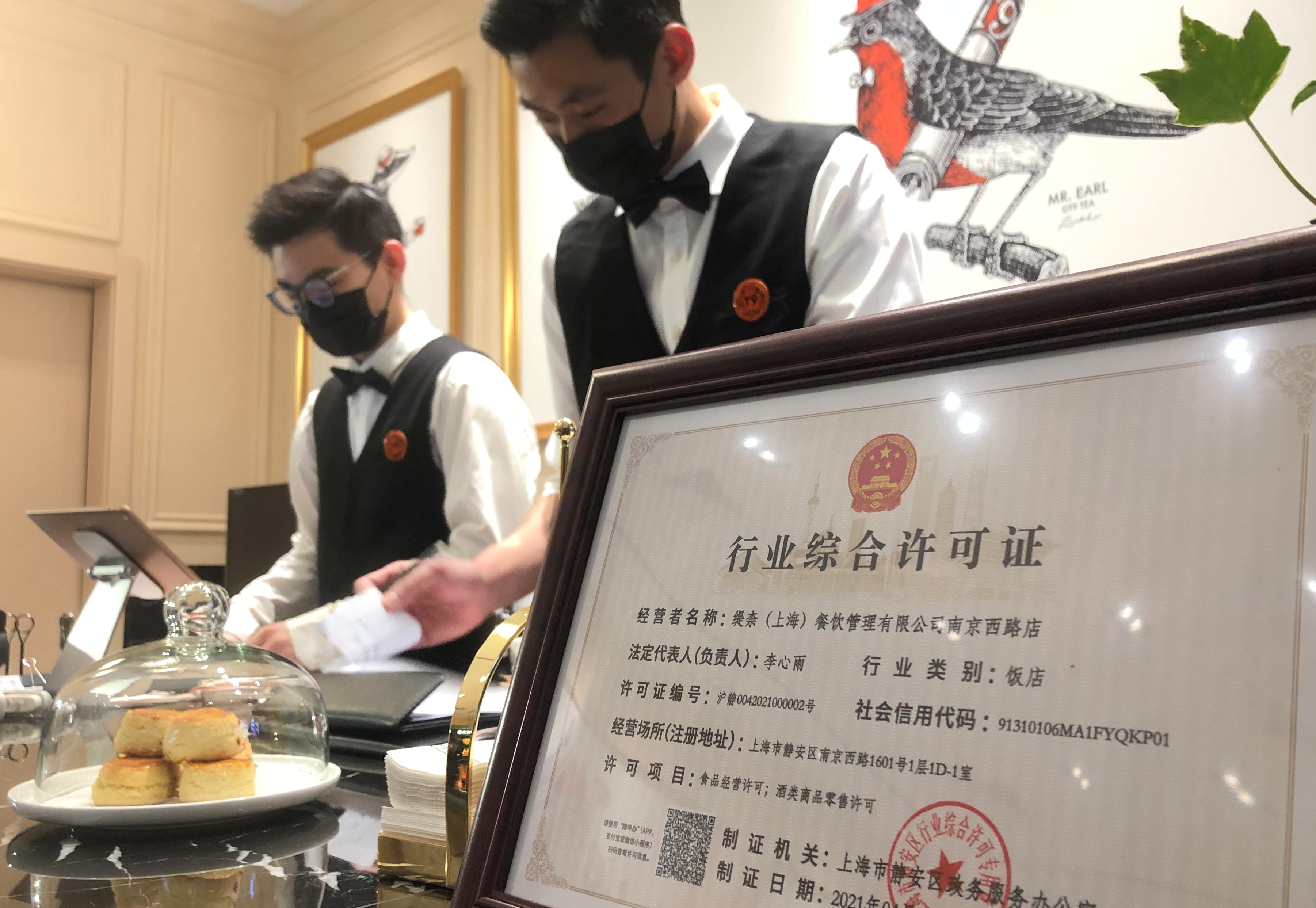 Promoting the reform throughout the city is designed to maximize the convenience for companies as well as citizens, Shanghai authorities said.

The city is set to establish a comprehensive licensing and supervision system for various industries, and redesign the entire process for examination and approval-management services to reduce the cost of studying the policies and administrative affairs.

To enhance the efficiency and overall impact of the reform, the city issued guidelines on its promotion and implementation.

The reform will be pushed forward in three stages.

From May 1, each district will select some of the 25 pilot industries in Pudong that only involve local authorities to carry out the reform.

Beginning on October 1, districts will carry out comprehensive reforms in all 25 industries.

Later, the city will explore more industries to include in the reform.