It's insured: Allianz boss talks up Shanghai's investment allure ahead of IBLAC meeting 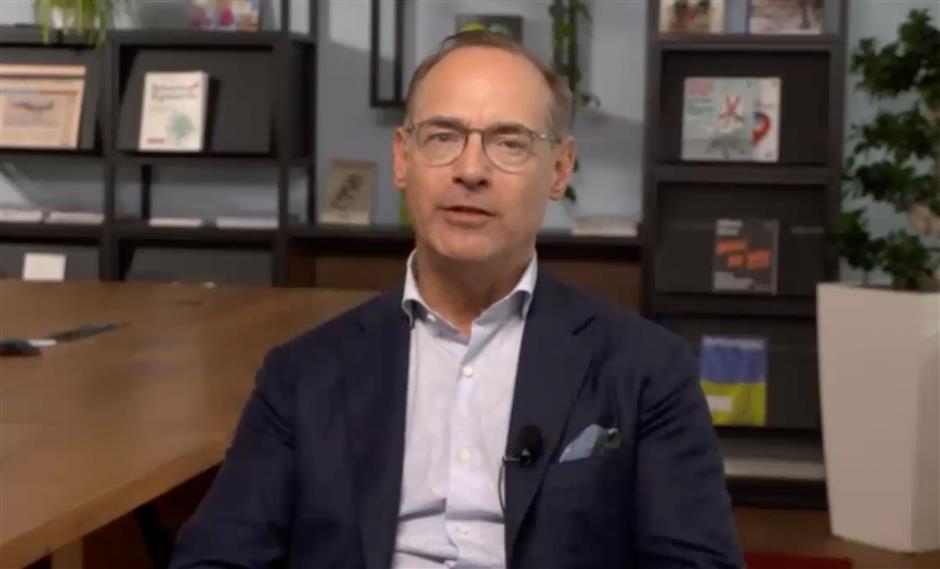 Oliver Baete, chairman of the board of management and CEO of Allianz SE, speaks during an online interview on Wednesday – ahead of Shanghai's annual IBLAC meeting on Friday.

Oliver Baete, chairman of the board of management and CEO of Allianz SE, said that the global insurance giant remains a long-term investor and partner of Shanghai despite the current uncertain times.

"We are long-term optimists and remain so in China and we're continuing the strong relationship with China and Shanghai," he said during a virtual interview held on Wednesday – ahead of the annual meeting of the International Business Leaders' Advisory Council (IBLAC) for the Mayor of Shanghai on Friday.

"Shanghai is not only a pioneer of the opening-up, but also a world-class metropolis for business which attracts many people in many sectors, especially in finance, and we feel the city's particularly welcoming to foreign investors," he noted.

Baete also suggested further opening up of the city's financial market to better attract foreign investment, and at the same time leverage its key position as a supply chain hub, which plays a crucial role in local manufacturing and trade.

Allianz Insurance Asset Management Co Ltd received approval last year as the first wholly foreign-owned firm of its kind, and plans to share its best practices to foster a better understanding of sustainable investment and serve the local community.

Baete urged local institutions to make sure green investment initiatives are aligned with international standards so they're comparable across different countries.