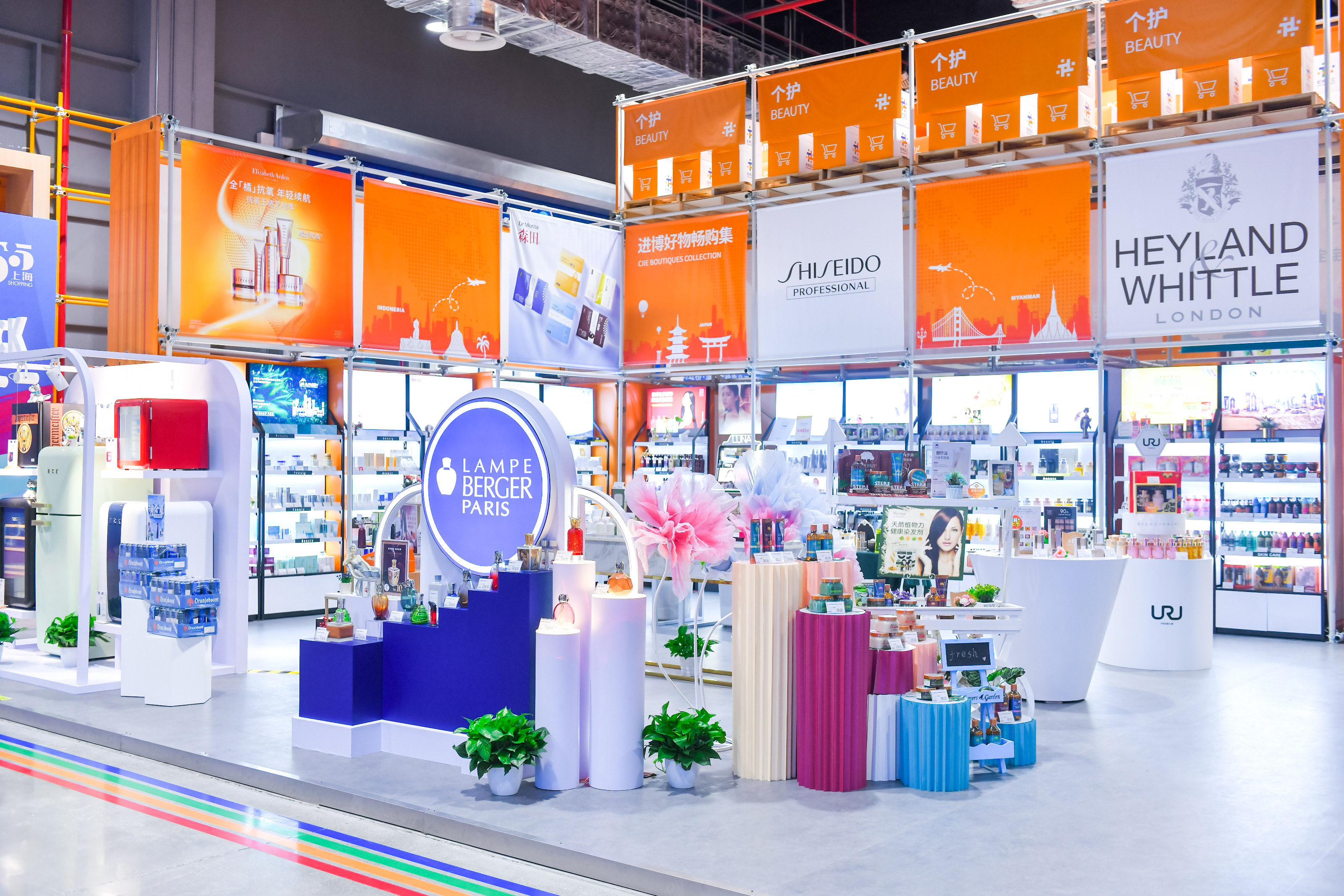 As a key part of Shanghai's annual shopping festival, a two-month promotion focusing on imported goods was unveiled on Tuesday.

Also included are brick-and-mortar chains such as Bailian Group and Suning, large supermarkets including Carrefour and Lianhua Supermarket, as well as e-commerce platforms like YMatou, Pinduoduo, Aikucun, Tmall Global and Amazon China.

The campaign will spotlight three major subjects: turning CIIE exhibits into sales, cultural and people-to-people exchanges, and openness and cooperation – with each area holding dozens of activities.

The Hongqiao Import Commodity Exhibition and Trade Center is to set up a special section, putting the bestselling CIIE exhibits from various countries on shelves and selling at prices 10 percent below market value.

The Shanghai Waigaoqiao Free Trade Zone Group Co, meanwhile, will offer discounts of up to 50 percent for featured products imported from dozens of countries and regions, such as French sparkling wine and Syrian soap.

Among e-commerce platforms, Ymatou.com will hand out coupons worth 150 million yuan (US$22.2 million), while Farfetch will give discounts of up to 60 percent during Qixi Festival, Chinese Valentine's Day.

This import-themed campaign, co-hosted by the China International Import Expo Bureau, the Shanghai Commission of Commerce and the Hongqiao International Central Business District, has since 2020 been an important part of the city's Double Five Shopping Festival.