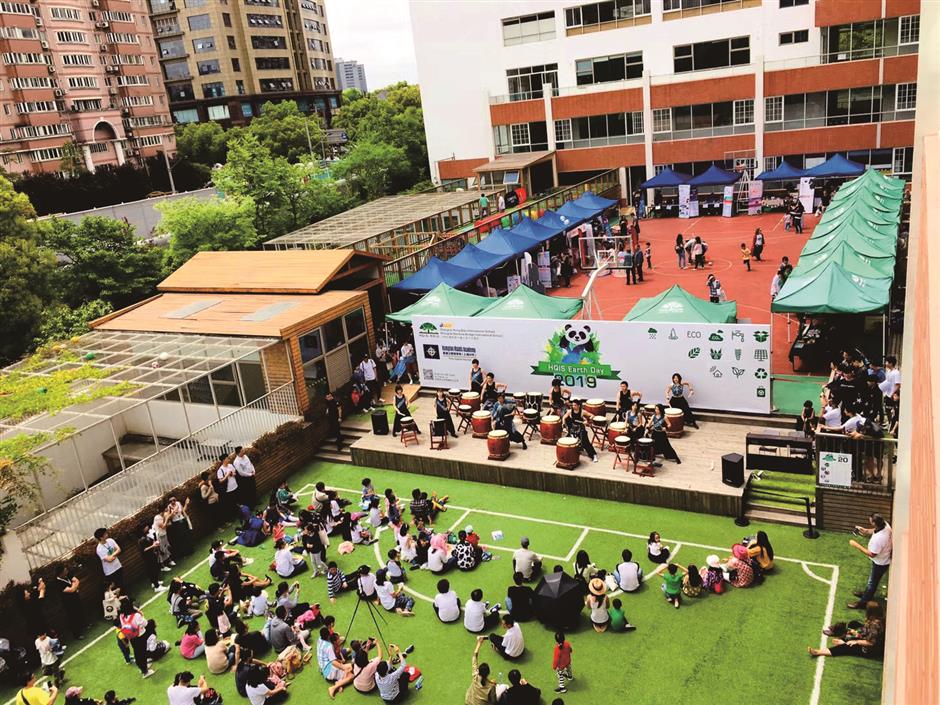 HQIS Earth Day, celebrated on April 20 at Hongqiao International School, has been traditionally a day for the community to reconnect with the environmental values the school was founded on.

HQIS Earth Day, celebrated on April 20 at Hongqiao International School, has been traditionally a day for the community to reconnect with the environmental values the school was founded on.

A kid has fun in face painting on Earth Day.

Since its inception in 1997, the school has strived to instill values of sustainability and renewability. And with over 30 outside vendors providing entertainment activities, 22 student-led tents and over a dozen performances, the event attracted more than 1,000 students and parents enjoying a pleasant weekend day out in the sunshine.

HQIS students took charge of several school tents and proudly displayed their work and shared knowledge with an expectant crowd. Tents were designed with flexibility so students could have as much agency over their learning as possible. With such a wide age range, tents naturally tackled a diversity of topics, such as global warming, plastic pollution and deforestation. They were springboards for the school’s students to act on these issues and not merely just raising awareness about the multiple environmental issues plaguing the world.

“The event raises our awareness of sustainability and also helps us to make more friends,” said Max, aged three-and-a-half from HQIS Kindergarten.

A combined effort spearheaded by the kindergarten students helped raise 15,944.5 yuan (US$2,365) for Operation Smile Angel Foundation. The funds will help children with cleft lips and palates in China. Furthermore, the monies raised at HQIS Earth Day will cover the cost of two surgeries for children in need. 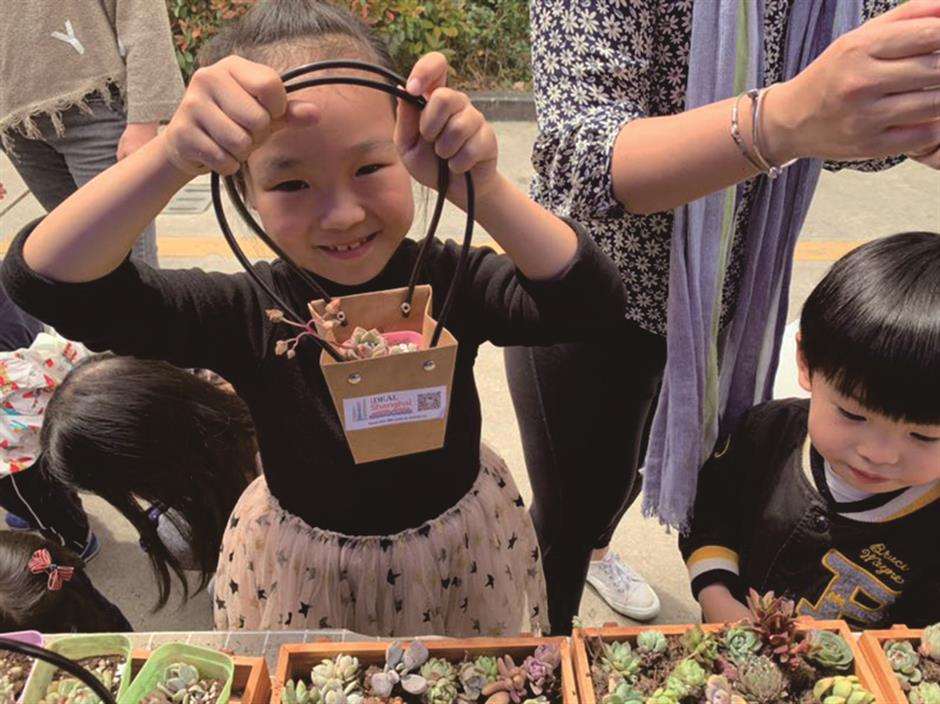 The exciting pie in the face painting event is always a favorite Earth Day activity and its proceeds were donated to the fund-raising drive as well.

Middle and high school students raised money by hosting games and by working with the fund-raising drive during the week and on Earth Day.

“This is my second year attending this event,” said Connor, a high school science teacher at HQIS. “It makes the community staff work together and protect the environment.”

Visitors were also treated to stage performances from students, teachers and outside performers. There were songs in multiple languages, martial arts performances, and teachers got a face full of whipped cream to raise funds for Operation Smile Angel Foundation.

Shanghai Daily hosted a DIY succulent workshop at the event. Many students and parents had the opportunity to DIY their own succulent plant and know more about the newspaper and iDEAL Shanghai. 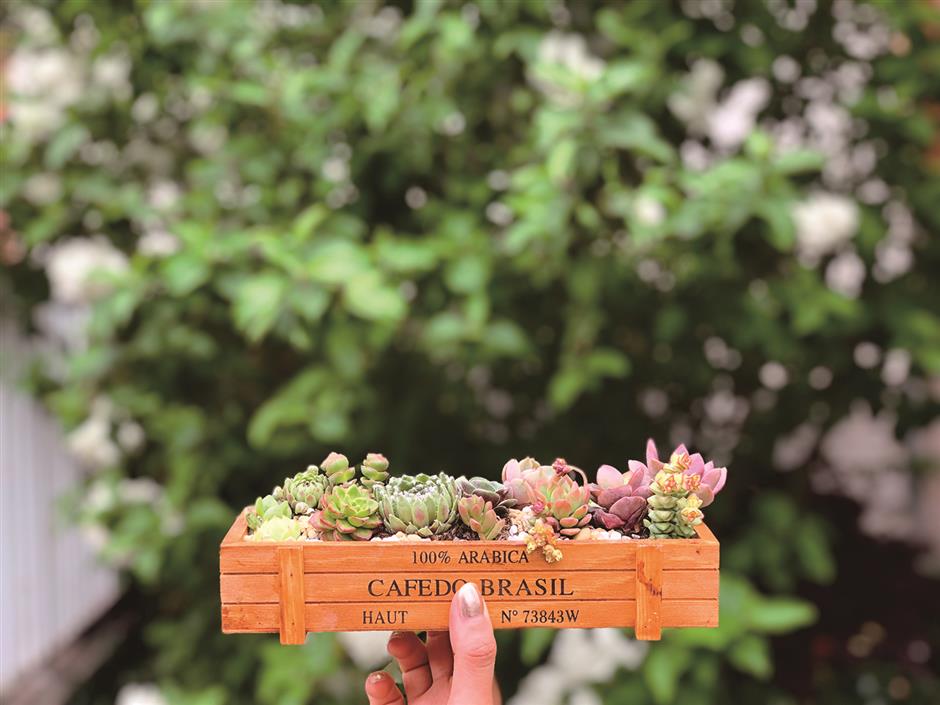