Shooting for the cultural documentary series "Twenty-four Hours in Luoyang" has recently begun in Luoyang and Xiangshan.

Produced by the streaming platform iQiyi, the series focuses on the historical charm of Luoyang, an ancient city in Henan Province with a long history and splendid culture.

Luoyang was once a political, economic and cultural center, including during the reign of Wu Zetian, the only female emperor in China's history.

The series will unveil the stories behind the city's most famous historical sites, including the Longmen Grottoes and White Horse Temple, the first Buddhist temple in China dating back more than 1,900 years. Legends of ancient Tang Dynasty (AD 618-907) celebrities such as Emperor Wu, poet Li Bai and powerful female politician Shangguan Wan'er will also be told in the series.

The lives of ancient Chinese people's lives in Luoyang will be featured in the series, based on historical materials about the city's customs, arts, folk culture and lifestyle. The city's famous peonies, time-honored costumes and make-up, as well as local delicacies will also be covered. 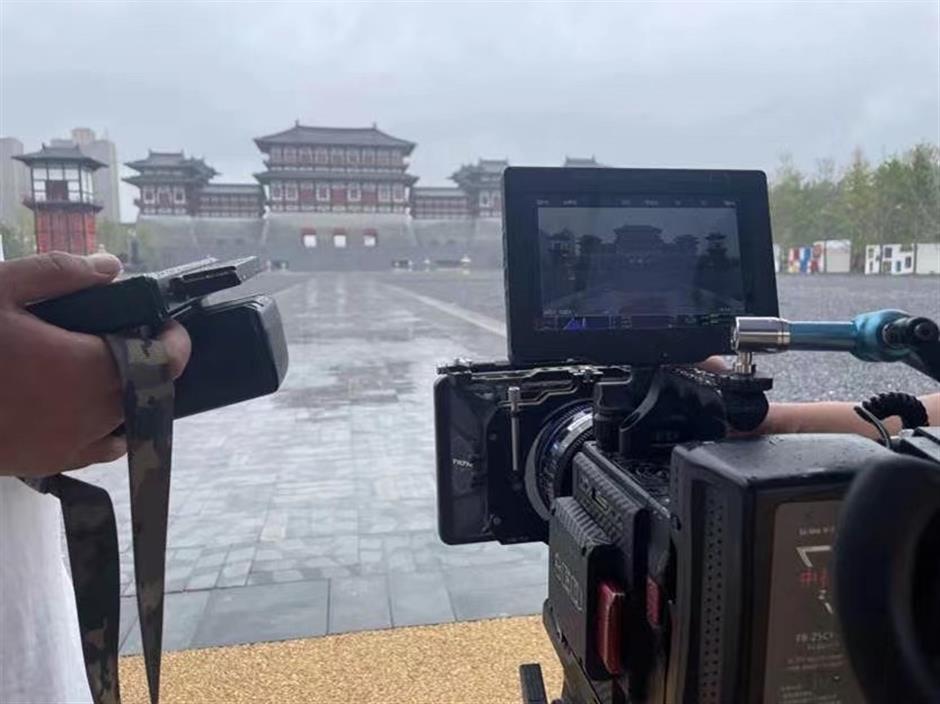 The series will focus on the historical charm of Luoyang.

The documentary is iQiyi's opening salvo in developing an original homegrown "Luoyang" cultural intellectual property, which dates back to the filming of the highly anticipated online series "Luoyang" earlier this year. Adapted from Ma Boyong's novel, the series follows a group of young people as they team up to stop a conspiracy and protect the people of ancient Luoyang.

Following the online series, the "Luoyang" IP has also been developed into an Internet film, virtual-reality game, theme hotel and variety show. In the future, comics, animation, stage plays and cloud cultural performances will also be included in the franchise that will combine with tourism and commerce.

In each episode, a cultural relic from the local museum will be introduced to start their themed journey. According to He Jibing, producer of the variety show, the celebrities will bring past glories of the city to young Chinese people of today, and arouse their awareness of cultural origins and roots.

Officials from iQiyi noted the segmentation of by-products will cater to diverse tastes and viewer demand, and increase the influence of traditional Chinese culture among young people.

New strategies and technologies have also been applied to the development of IP. In the past four years, iQiyi has fostered a group of young, promising writers, and some of their original works will be adapted into films and online series. So far, 142 books have been incubated and selected for film and series adaptation.

Meanwhile, the rapid progress of 5G, artificial intelligence and VR has provided a solid technological foundation and new force for IP development.

He Yunpeng, vice president of iQiyi, said the spectacular scenes built for the online series "Luoyang" have been made into digital models with 3D scanning technology. In the future, these "digital assets" can also be used in other programs such as animation and video games.