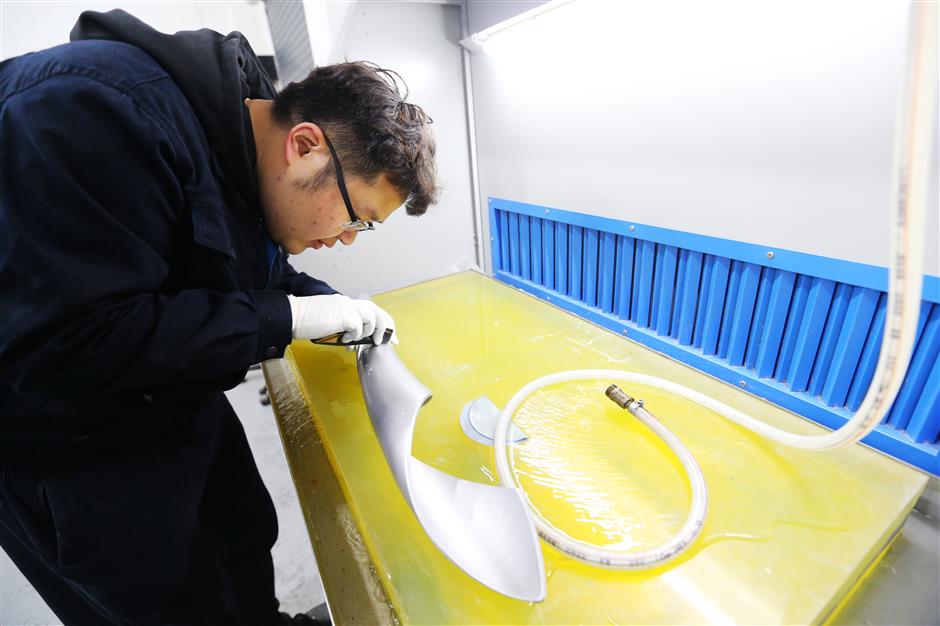 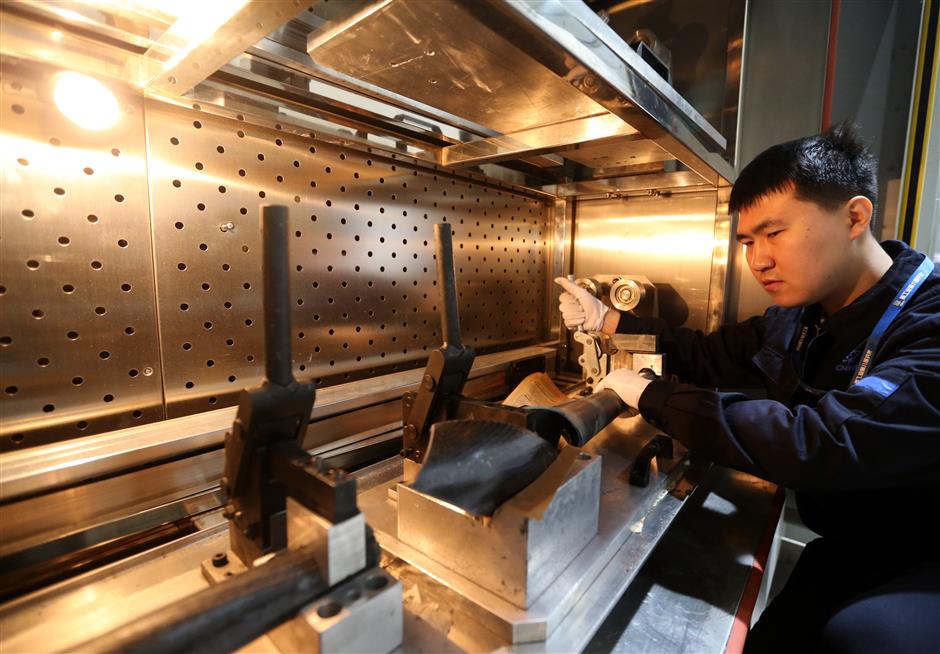 The Jiading-based 8th Research Institute of China National Nuclear Corporation (CNNC) worked with Sinopec and Shanghai Petrochemical in the research and development of the Beijing Winter Olympic torch, which braved the ice and flame in a three-day relay and lighted the snowflake cauldron in the Bird's Nest stadium.

"The moment the main torch rises, my heart is full of pride," said Xu Zhejun, chief engineer of the CNNC research institute.

According to the general requirements of "light, solid and beautiful," carbon fiber reinforced plastic were the first choice for the shell material of the torch.

How to make the torch fire resistant to high temperatures and extreme cold was the first problem to be solved.

"Regular carbon fiber composite products, such as badminton and tennis rackets, can only withstand about 200 degrees Celsius, while the Winter Olympic torch needs to adapt to 800 degrees Celsius hydrogen combustion environment, which is a new challenge," Xu said.

"This treatment makes the torch both burn- resistant and solid," Xu said.

The problem of enduring high temperatures had been solved, but how can the "art" torch shape be perfectly presented in front of the world?

The research and development team adopted special thin-wall precision winding technology and super hard special-shaped composite numerical controlled cutting technology to realize the accurate control of the torch shell and the perfect curve of ribbon dancing, which highly restored the beauty of the artistic design of the torch.

In Xu's view, the torch shell forming technology will move toward a broader application.

"In the future, there will be opportunities to apply this technology in aerospace, hydrogen energy vehicles, high-end medical device manufacturing and other fields," he said.

Warm uniforms to fight the cold 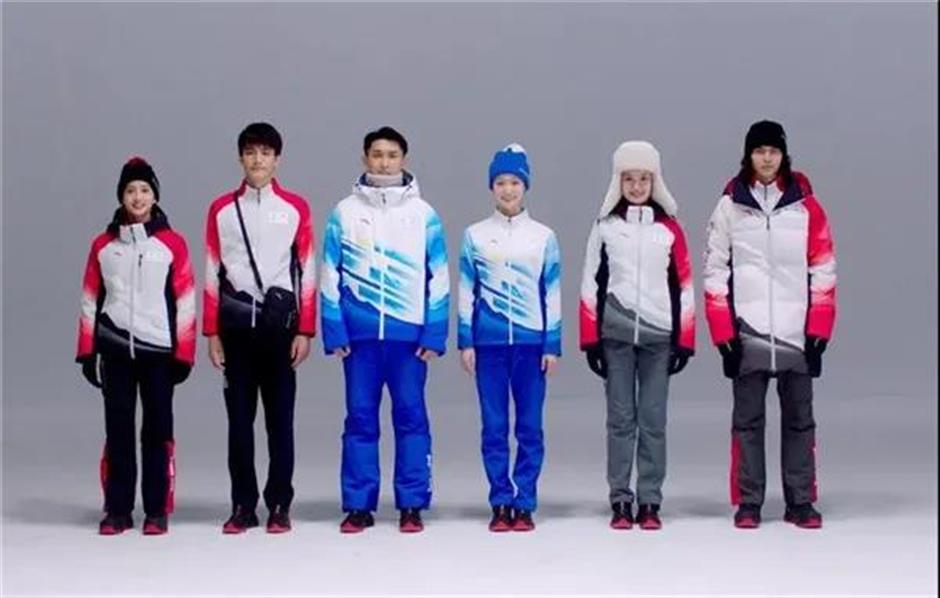 Against the severe cold weather, the uniforms worn by the staff of the Winter Olympics are very special. The core material of the uniforms was developed by Jiading-based enterprise Shanghai Antu FR Fiber Co.

"The core material is the light warm masterbatch we developed," said Fu Changjun, founder of Shanghai Antu. "Spectral heat storage fiber is a warming and thermal insulation material that can absorb and convert full spectrum energy and reflect human thermal radiation. Spectral heat storage fiber can not only prevent heat emission, but also absorb and store external heat and transfer it to warm the human body."

In the next stage, spectral heat storage masterbatch materials will be promoted in the sports outdoor products market. 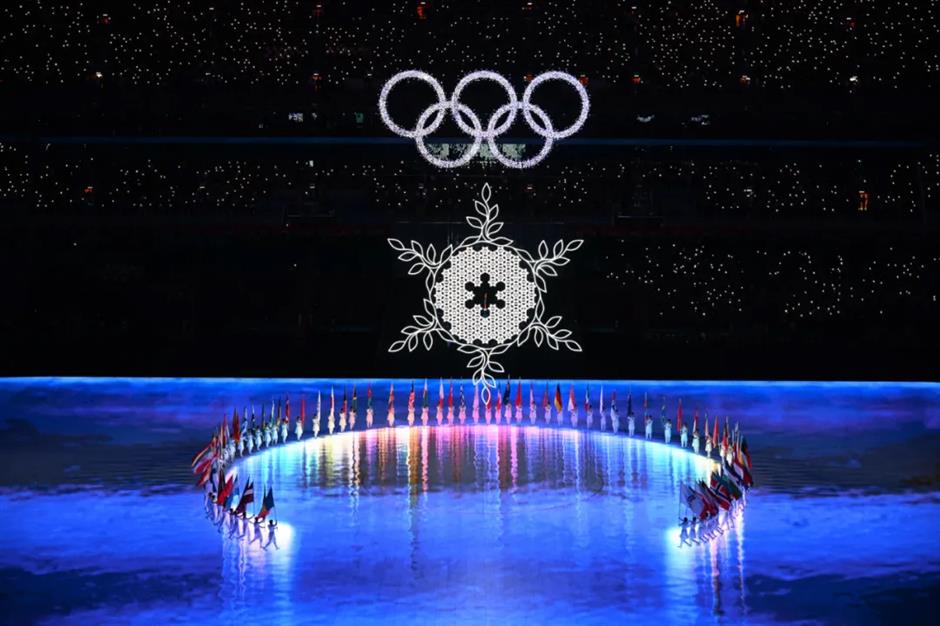 The iced Olympic symbol and snowflakes win popularity among audience.

The opening ceremony of the 2022 Beijing Winter Olympic Games amazed the world with scientific and technological strength and innovative ideas on the night of February 4.

At the opening ceremony, the creativity and production of the "Five Rings of Ice and Snow" and the "Shape of a Snowflake" were completed by the young designers of Nuctopus Studio in Nanxiang Town.

The laser is like a brush to depict the human figure animation of the ink Winter Olympic movement, according to Huang, one of the visual effect directors.

"In the creation process, we convert the three-dimensional animation into the point data required by the laser machine, and realize rapid effect iteration to meet the needs of creative renewal," said Huang. "This is the deconstruction and reconstruction of Chinese traditional ink style by digital technology."

Last August, Huang's team received another task – to produce "the Shape of a Snowflake." At that time, there was only a month left from the preview in October, so the time was very urgent.

The biggest challenge is that in a very limited time, it is necessary to change multiple scenes and contents, and the visual effect should be perfectly match multiple factors such as actor walking, prop application and music rhythm, so as to achieve the aesthetic effect of seamless connection between virtual and real, according to Huang.

The core idea of this section is the Community of Shared Future for Mankind and the Unity of the World with AR snowflakes falling and converging in the sky.

Dancers holding guide signs from various countries gathered and constructed in this section. The virtual snowflakes, against the background of the earth, symbolized the great snowflakes of 'Community of Shared Future for Mankind' roamed the sky, and finally flew back to the center of the ground. Under the attention of the public, it rose slowly.

"At the beginning, the set time was 1 minute. Later, after continuous optimization and updating, the presentation of 5 minutes and 5 seconds at the opening ceremony was finally established," Huang said.

Helping make snow where there is none

Jiading-based Wapwag Smart Water Co undertook the water supply construction of the Big Air Shougang and major sites in Chongli and Zhangjiakou for the Winter Olympics.

"Olympic stadiums in Chongli need a lot of artificial snow. Our water supply equipment provided fresh supplies for artificial snow," said Liang Bin, project manager of Wapwag. "The outdoor integrated pump stations in Chongli are a kind of intelligent water supply equipment integrating various components, which covers 2.89 square kilometers, with a total construction scale of about 1.34 million square meters, and can achieve a maximum water supply of 600 tons per hour to serve about 80,000 people."

In addition, the outdoor integrated pump stations are "unattended," and the staff can complete the dispatching work online through the management platform.

Yang Feng, deputy general manager of Wapwag, noted that participating in the construction and service of the Beijing Winter Olympic Games was the glory of Wapwag.

The company has also developed a series of innovative products and applied them to more than 10 other projects, filling the gap in the industry.

In the next two years, Wapwag will continue to invest more than 100 million yuan (US$15.8 million) every year in the development of new products, new processes and new standards and improve the industrial 4.0 digital manufacturing and production efficiency. 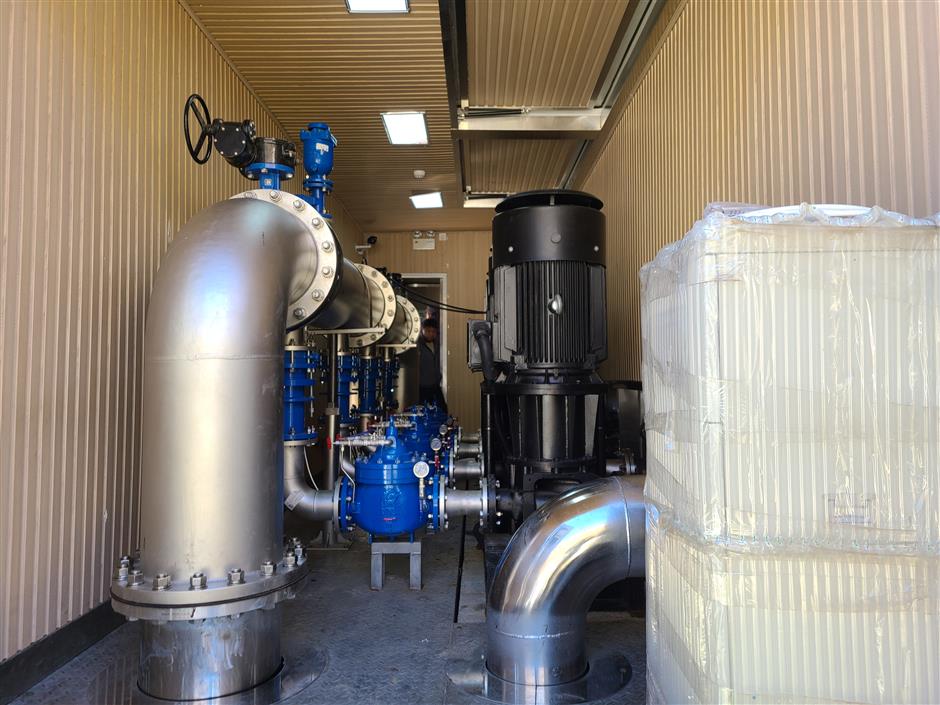