The Yangtze River Delta region is in full swing for its digitalization development with an ambitious blueprint mapped out recently.

Construction on a "digital line" has started in the Yangtze River Delta region.

Relying on the G50 Expressway, it starts from Qingpu District and will be an innovation and industry chain with close cooperation and connection with neighboring cities of Shanghai toward the goal of a regional digital innovation development belt featuring top-level new types of infrastructure.

Based on digital economy, cities involved will jointly promote digital life and governance.

The idea was raised by Qingpu with connection of national and Shanghai's strategies and tasks including the Yangtze River Delta integration, China International Import Expo, Hongqiao International Hub and the "Five New Cities."

It will focus on areas such as the digital transformation of industrial parks, trade digitalization, digital governance and regional data cooperation.

In the future, Qingpu District will accelerate the in-depth development process of digital transformation, prompting digitalization to power the development of Qingpu New City and watertowns in the district.

The aim is to create a new benchmark and model of digital Yangtze River Delta with joint efforts of other counterpart areas in the region.

The Tianyuan digital fund will be set up by two companies registered in Qingpu District to support the development and expansion of digital companies and create digital ecosystem.

The construction of the digital line has been listed as a priority in the "three-year action plan" of the Yangtze River Delta integration. 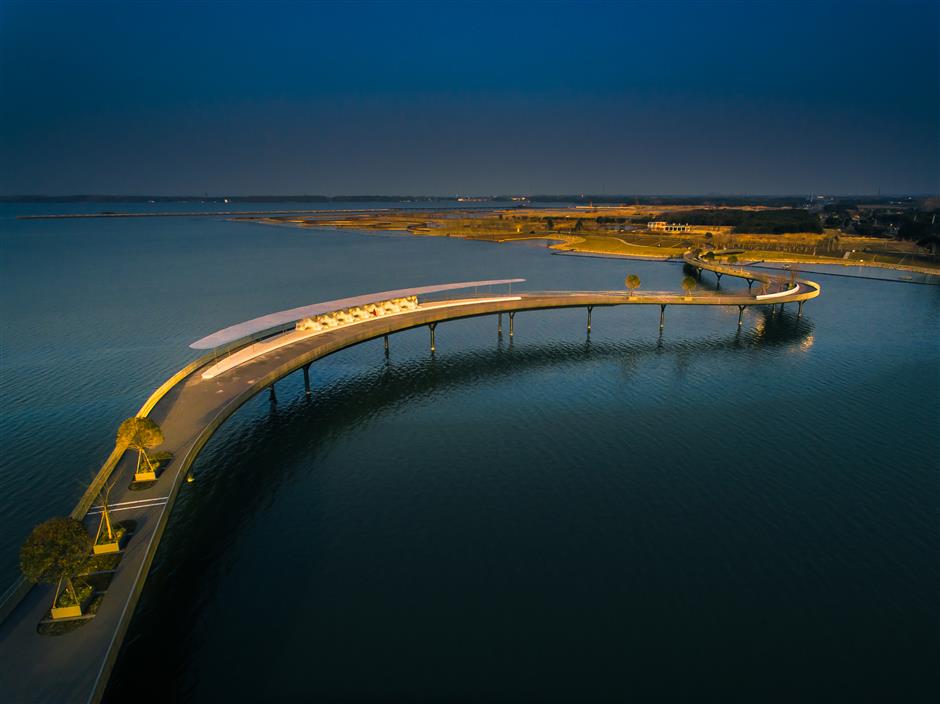 As one of the constructions of the Yangtze River Delta integration, Yuandang Bridge connecting Donghang Road in Qingpu District and Kangli Avenue in Suzhou, in neighboring Jiangsu Province, has been put into use. The commute time between two places has been trimmed to 5 minutes from about 40 minutes.

Panda Group, located along the digital line, has been actively engaged in digital transformation.

Panda Group was the water supplier of the Beijing Winter Olympics with its intelligent integrated secondary water supply equipment and it provided customized service for the grand sports event.

The integrated pump station of Panda Group is wholly digital, said Wu Hai, general manager of the smart integration division of the group.

Each set of the equipment includes security protection, entrance guard, smog alarm, video camera and face recognition, according to Wu.

During the operation of equipment, digital connection and remote control can be conducted.

It can also detect leakage and protection loopholes in the whole pipe network, said Wu.

Panda Group will build a "313" ecological and intelligent digital plant, said its chairman of the board Chi Xuecong.