Volunteers rise to occasion for those in need during lockdown

During the pandemic, those with special needs – such as seniors who live alone or have diseases, the disabled and people stranded in Shanghai from out of town – have faced more urgent problems than most. With an eye to serving such people, volunteers are assembled to monitor them by phone to ensure their wellbeing. 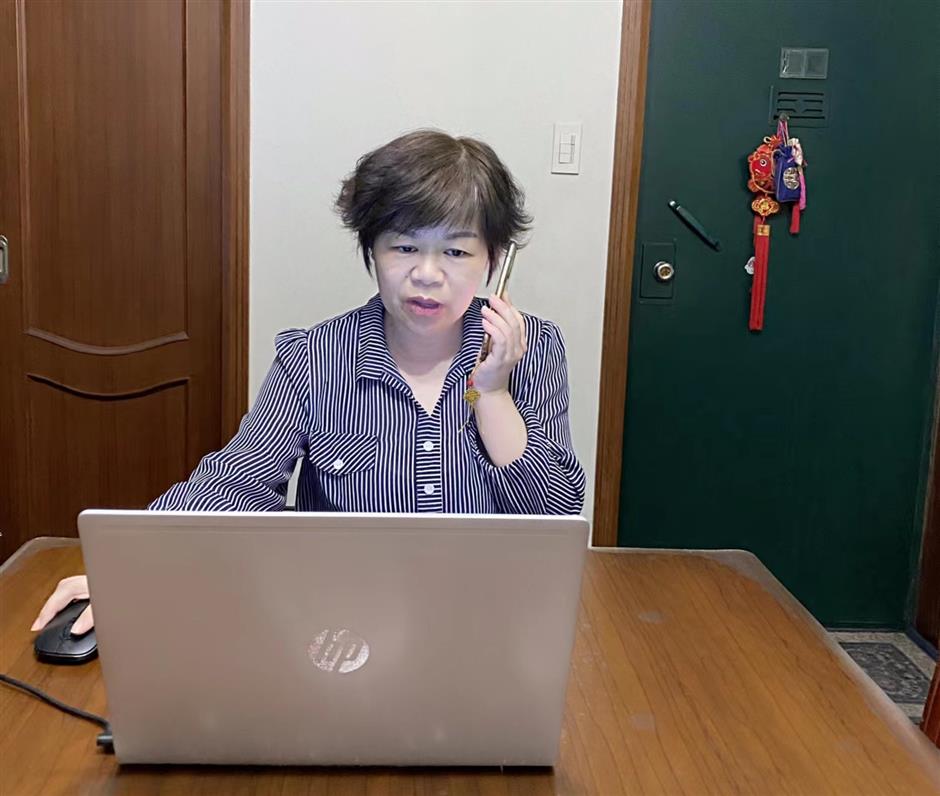 Wu Baoying's phone serves as a bridge to vulnerable residents.

To address the needs of more than 17,000 vulnerable people, several headmasters from district schools teamed up to help the cause beginning April 17.

Wu Baoying was the leader of the Nanxiang dispatcher volunteer team, communicating with 1,900 such residents in Nanxiang Town and the Xincheng Road Community along with three other headmasters.

Wu once received a call from a resident in a bad mood who wanted to be called Little S.

"He told me he lived in a cheap inn and was running out of money because he hadn't worked for the past two months. To save money, he only ate one cup of instant noodles every other day. He sounded both worried and confused," Wu said.

Wu then contacted the Nanxiang culture and sports service center to deliver Little S a large box of instant noodles. Shortly thereafter, she spoke with two travelers in a similar situation – lacking money to pay for their accommodations.

"One of them would probably end up on the street as he was already two days behind on rent payments," Wu said.

She contacted the inn's owner to extend the payment period.

Wu was surprised when Little S asked to volunteer in order to "save himself" and contribute to the fight against the virus resurgence.

"I'm not afraid of hardship," said Little S. Then Little S and the two travelers suited up in protective suits and collected medical waste.

"I no longer need to worry about my three meals a day. Thank you, Wu. Without you, I'd be homeless," Little S said in a message sent to Wu. 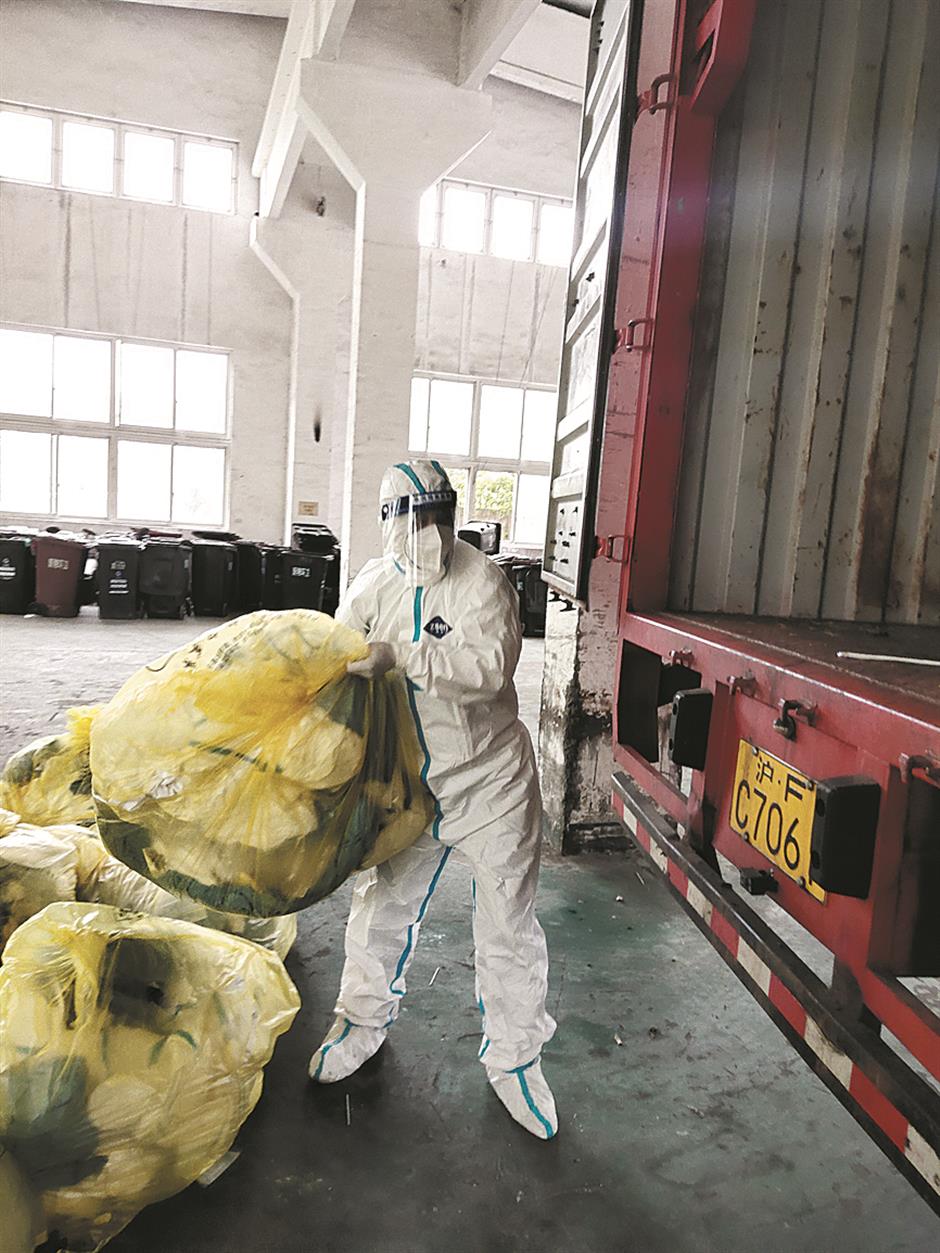 My goal is to serve everyone's needs, says Pan Xiaomin

Over the past couple months, volunteer dispatchers have received nearly 5,000 requests, so an eight-person team of Jiading science and technology commission was set up to address them.

As the "first leg," Pan Xiaomin sorted out dispatch information from 12 communities and towns.

"I keep track of things like people's food supplies, medications and diapers and pass the information along to each community where volunteers assess the urgency of requests and make deliveries accordingly," said Pan. 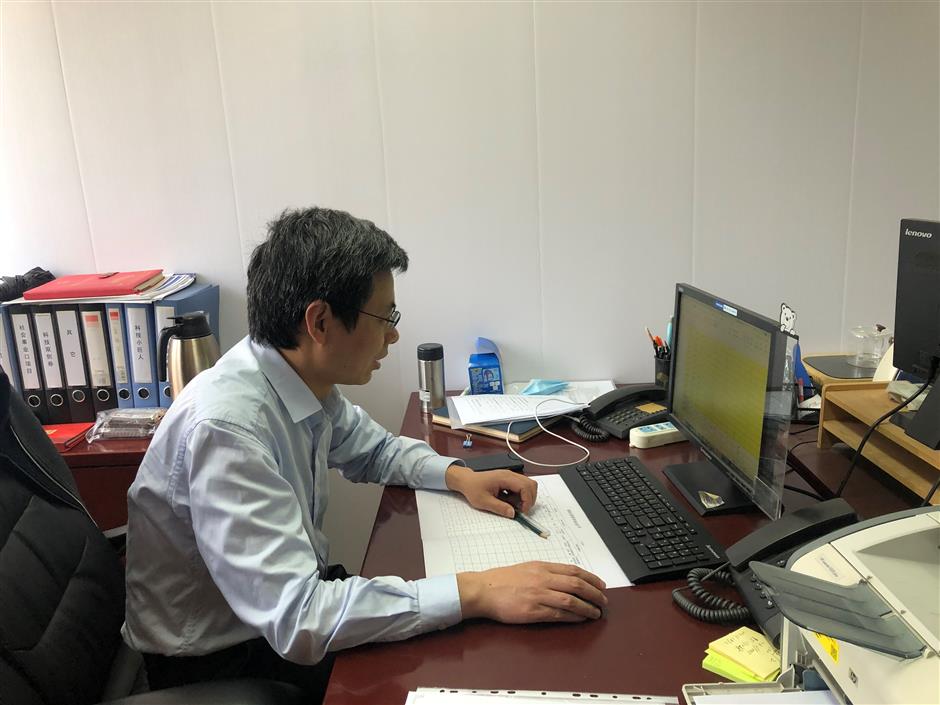 A woman surnamed Su underwent breast cancer surgery and chemotherapy in February. She does not have much money and was running low on food.

"The village committee helped me buy fruit and eggs to increase my intake of protein and vitamins, which brightened my mood and aided my recuperation," Su said.

The village committee also helped a truck driver surnamed Zhang while he was stranded in Waigang Town. Like many others, he was living on nothing but instant noodles.

"It was truly difficult for me. Fortunately, the village committee quickly purchased supplies for me and other stranded drivers," Zhang said.

As of June 1, the team had served almost 900 households that were low on food, and more than 1,000 residents who were running out of medications. More than 250 emergency and 4,600 general calls were received, all of which were responded and solved.

Li Yiwen of the Jiading science and technology commission worked as a feedback collector during the COVID-19, checking randomly selected records every day, communicating with local communities and following up till problems were solved.

"We paid close attention to seniors who live alone and can't take care of themselves," said Li. "Since most of them are locals, I communicated with them in Shanghainese." 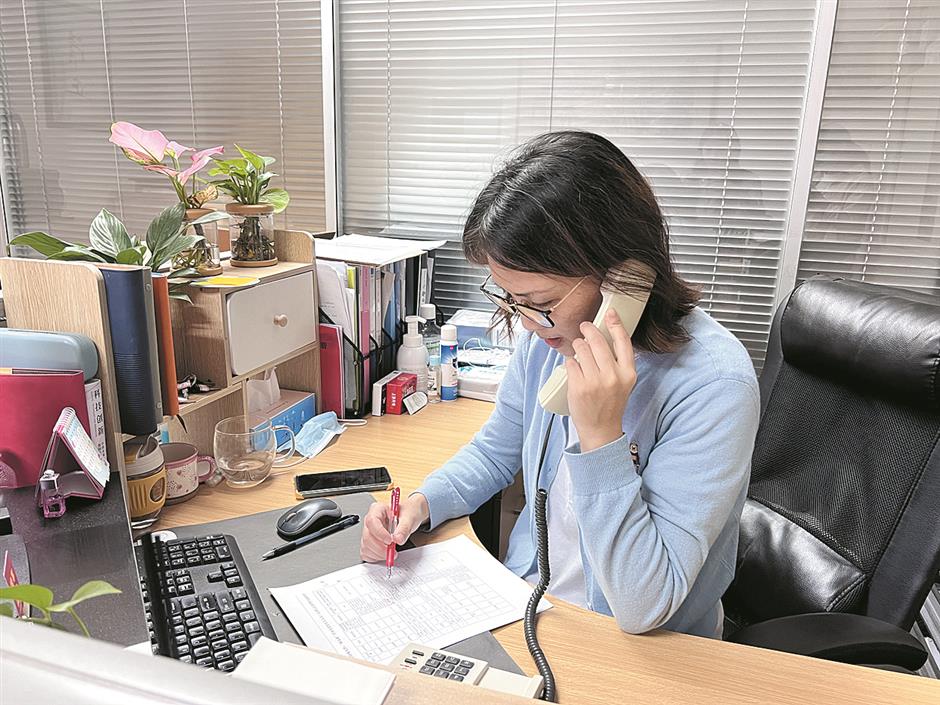 Li Yiwen of the Jiading science and technology commission worked as a feedback collector during the pandemic, checking randomly selected records every day, communicating with local communities and following up till problems were solved.

However, volunteers could only find two of them at surrounding hospitals.

Li contacted communities throughout Jiading and was able to find a community health service center in the Juyuan New Area to refill the other two.

"It was my duty to let them know they were not alone and we cared," said Li.