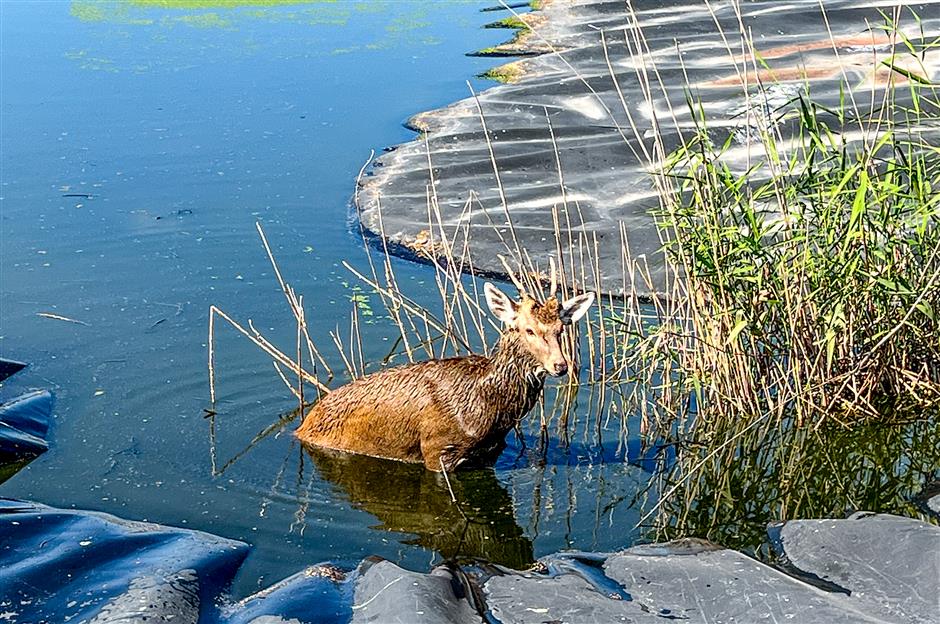 When found, the deer was chewing grass on an unused land. The animal seemed frightened when it noticed humans coming over, and it immediately jumped into the water to escape.

But the deer got out of the water and climbed up the bank once it realized there was no danger. It then observed the crowd curiously with alarm.

The staff worker, who first discovered the deer during his patrol, said it appeared from nowhere early in the morning around 6am. "It was walking aimlessly and foraging in the park," he said.

The suburban district's Forestry Station said that the animal was a sika deer for sure, but it still remained a question where it came from. The station has contacted Shanghai Zoo, whose officials would decide on further measures, including animal shelter.

Songjiang was nicknamed as "a town of deer" in ancient times because its fertile land and crisscrossed rivers made it an ideal place for deer to inhabit. King Shou Meng of Wu Kingdom often came here for hunting, thus naming the place "a town of deer."