More than a dozen children will display their talent and rock the stage at Shanghai Grand Theater through March 17, as the musical “School of Rock” sweeps across the city.

Based on the film of the same name, the musical follows Dewey Finn, an out-of-work rock singer who pretends to be a substitute teacher at a prestigious prep school. Discovering music talents among the students, Fin forms a band of fifth-graders, trying to win the Battle of the Bands contest.

The rock musical set to tune by Andrew Lloyd Webber, lyrics by Glenn Slater and script by Julian Fellowes premiered in 2015, presenting a different style from Webber’s previous classics. No violin or orchestration, but just guitar and electronic equipment that deliver the energy and power of the young.

The makers stuck to Webber’s idea of cultivating children who were capable of presenting excellent performances just like in the story. The last few songs in the musical, performed by children, are one of the highlights of the show, according to Mark Chamberlain, music director of the musical.

Seventeen children were selected from more than 500 applicants for the latest co-production by SMG Live, GWB Entertainment and the Really Useful Group, for the performance in Shanghai. Many of them started vocal and instruments learning from a very young age.

“There is this 9-year-old kid. The guitar is bigger than him. But you put the guitar in his hands, he just rocks. It is amazing!” says Brent Hill, who plays Finn. 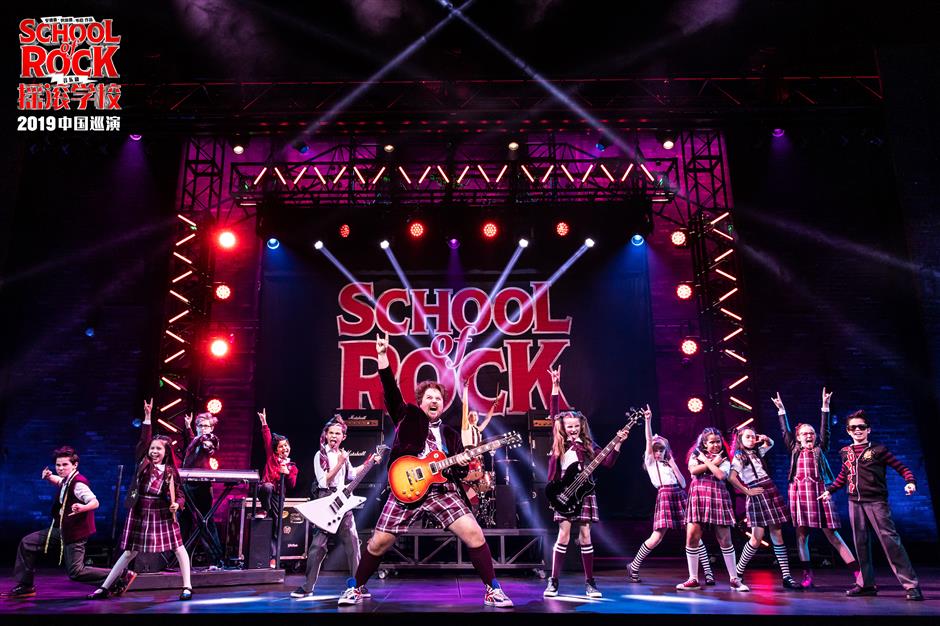