Theater SanTuoQi’s signature production “Aquatic” will meet Shanghai audiences at the 1862 Theater on March 26 and 27.

Adapted from Qing Dynasty (1644-1911) Chinese writer Pu Songling’s “Strange Tales from Make-Do Studio,” the performance centers on the story of a water ghost living in a deep river. In order to move into his next life, he needs to find a human who has drowned to replace him.

The ghost makes friends with a local fisherman. They drink and enjoy each other’s company but the water ghost runs out of time to find his replacement.

The production features “Nuo” opera elements, one of the most ancient forms of folk opera, which originated in southwest China. Wearing opera masks, performers also combine Western physical theater movements into the production. 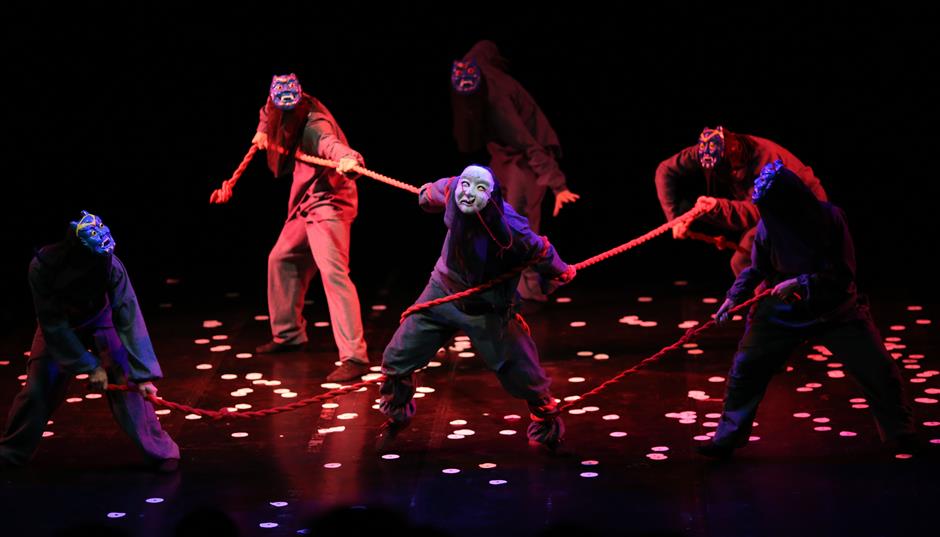 The production features “Nuo” opera elements, one of the most ancient forms of folk opera, which originated in southwest China.

“Aquatic” tells a thoughtful story with sentimental humor and imagination. It premiered in 2012 and received a 4-star recommendation at the 2012 Avignon Theater Festival-Off in France. It appeared at the Avignon Dance Festival and the Avignon Theater Festival-Off in 2013, while the show made an appearance at the Edinburgh Fringe Festival and Shanghai International Arts Festival in 2013.

Director Zhao Miao said the inspiration of the creation came from a news report he read in 2012 about a college student who drowned in a river.

“We made our speculation about the news and borrowed the ancient Chinese ghost story as the carrier of our creation,” said Zhao.

“The underwater world can reflect the human society. It’s a story about friendship in desperation, about morality and comradeship, virtue and vice.” 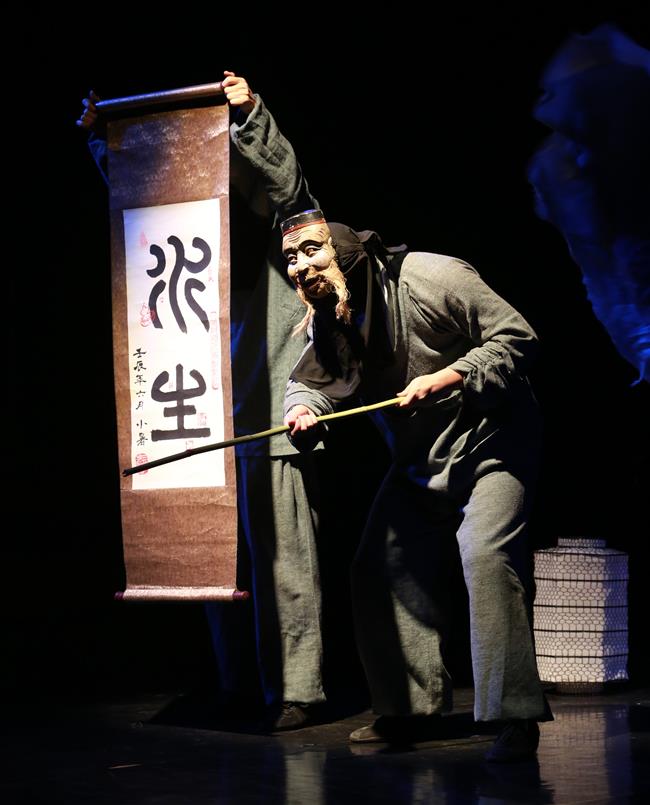 "Aquatic" premiered in 2012 and received a 4-star recommendation at the 2012 Avignon Theater Festival-Off in France.