The 2021 “Honor of Kings Symphony Concert” will be held at the Shanghai Oriental Art Center on July 21 and 22, breaking the barrier between high-end art and the vivid gaming world.

“Honor of Kings” is a multiplayer online battle arena developed by TiMi Studios and published by Tencent Games for mobile platforms.

Traditional Chinese elements have been highlighted in characters and setting design, as well as background music.

The concert will present 24 original soundtracks from the game.

Some of them were composed by famous film score composers such as Hans Zimmer and Howard Shore. Adaptations have been made to better suit a theater setting. 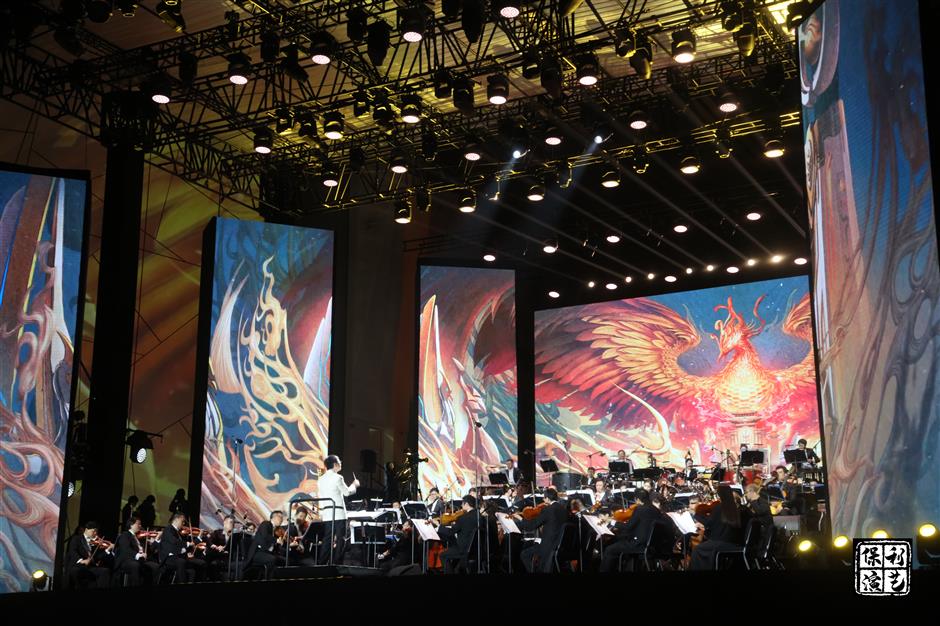 With the application of high-tech multimedia, audiences are promised a memorable immersive experience.

As a crossover performance, the concert welcomes both classical symphony music followers and younger audiences. The 2021 version of the concert has upgraded its visual effects. For players of the “Honor of Kings,” the familiar soundtracks will be presented in a more luxurious way.

With the application of high-tech multimedia, audiences are promised a memorable immersive experience at the art center.

Conductor Zhang Chengjie will lead the Shanghai Opera House Orchestra for the concert. They will be joined by young tenor Gao Tianhe, who won fame after taking part in the variety show “Super Vocal” in 2019.