Dramas to stir patriotism and remembrance

The Shanghai Dramatic Arts Center is staging a new play entitled “Wave” to celebrate this year’s centenary of the founding of the Communist Party of China.

A preview of the production ends tomorrow before the official opening at SAIC Shanghai Culture Square from July 1-3.

Due to its revolutionary views, the League was banned by the Kuomintang government, and the five young writers, along with 18 other Communists, were executed in February 1931.

The souls of the five martyrs reunite in the play, searching for answers to why they died and espousing their original revolutionary visions.

The story of this group of young people is retold by a modern cast of young people, including director He Nian and playwrights Han Danni and Xiao Shiyao. 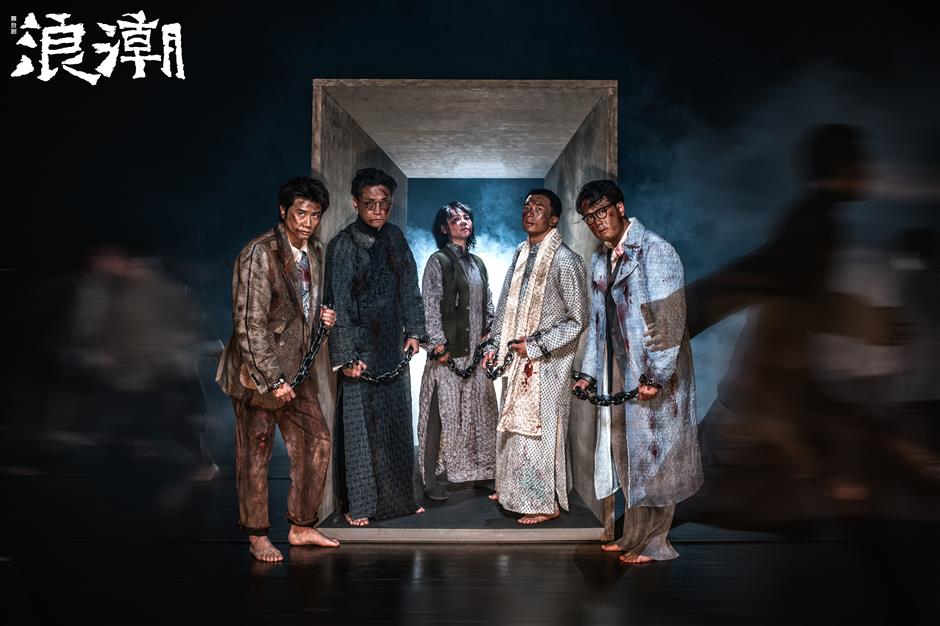 “Wave” tells the story of the five martyrs of the League of Left-Wing Writers.

“The play is a conversation among young people across time and space,” said Yu Rongjun, artistic director of the Shanghai Dramatic Arts Center. “We hope the story of these young people will inspire responsibility in today’s young people.”

Water is an important element in the play. The use of water and lifting plates on stage is utterly stunning. Raincoats are provided for audience members sitting in the first two rows.

Three more patriotic dramas about revolutionary pioneers who sacrificed their lives for a better China will be presented by the center this year: “Letters Home from the War,” “In Hell or Earth” and “No. 19 Wukang Road.” 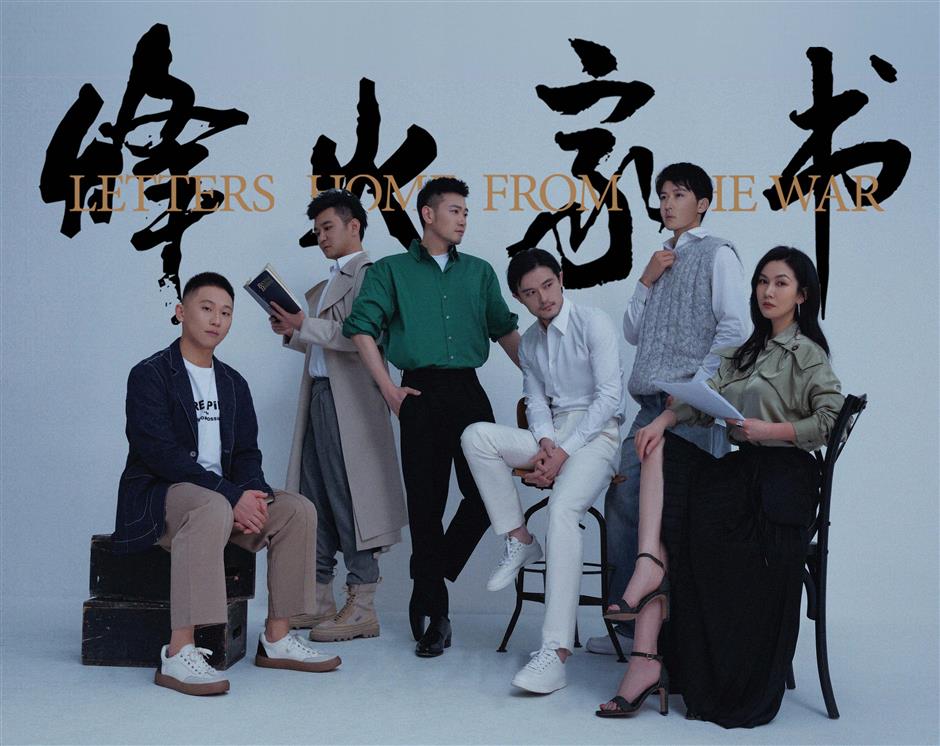 The musical “Letters Home from the War” tells the story of an underground Party member named Lin Shuxiong and his family.

The musical “Letters Home from the War” tells the story of a Shanghai primary school teacher named Lin Shuxiong and his family.

In 1931, the Japanese army captured the Manchurian region of northeastern China. Hearing the news, Lin, an underground Party member, leaves his wife and daughter and goes to the front line to fight.

The family communicates by letters. In 1937 Lin is killed in battle. In order to keep the grievous news from his family, Lin’s comrades-in-arms continue to write letters to the family in his name. The letters reveal how his daughter harbors expectations of seeing her father again.

The drama “In Hell or Earth” tells the story of Feng Keng, the only woman among the five martyrs of the League of Left-Wing Writers. She was executed at age 24.

The play will be available for online streaming during the 6th China Original Drama Invitational Exhibition in August.

“In Hell or Earth” tells the story of Feng Keng, the only woman among the five martyrs of the League of Left-Wing Writers.

The immersive theater production of “No. 19 Wukang Road,” which is based on “In Hell or Earth,” revolves around the correspondence between a father and his daughter in the 1930s and 1940s. Wearing headsets and strolling along streets related to the event, the audience is meant to feel like witnesses of living history. 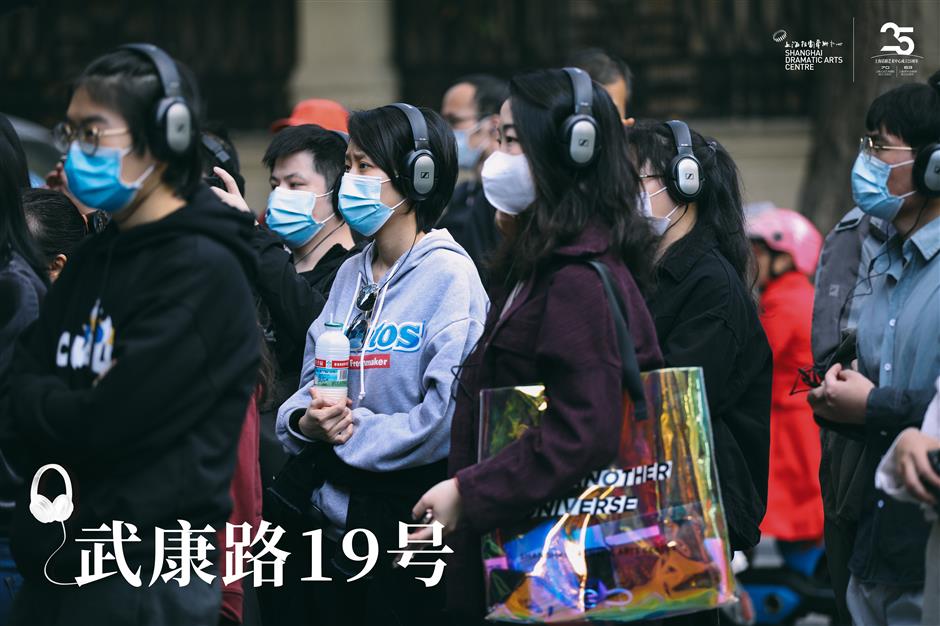 “No. 19 Wukang Road” is an immersive theater production.

“In Hell or Earth”
Online streaming from August 1 to 15

“No. 19 Wukang Road”
Dates and venue: to be announced