The show, which debuted in Beijing in 2017, takes its name from the Greek word describing an allegorical story with exaggerated details meant to convey a moral lesson.

For Zhang, the show is a rhetorical argument about the relationship between humans and technology, with 2047 chosen as a random time in the future. 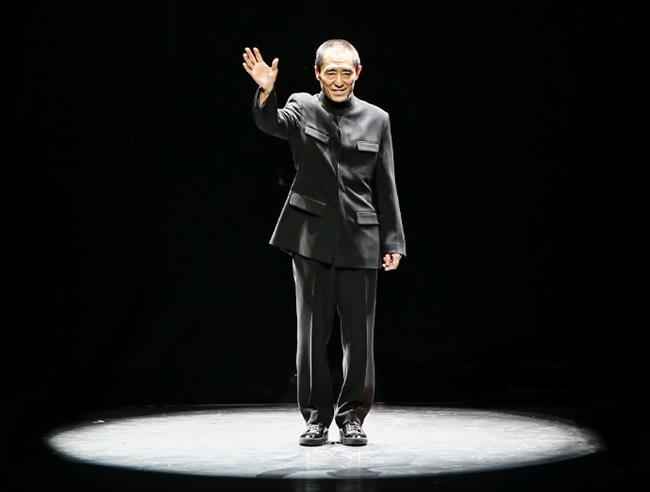 The performances at the Grand Theater comprise eight programs drawn from the original show and two subsequent versions.

Wu Tong, who composed the music for "2047 Apologue," described the show as experimental and open. An accomplished player of the sheng, a traditional Chinese reed instrument, he created the soundtrack for Hong Kong director Wong Kar-wai's film "Ashes of Time Redux."

"The creators and performers have been trying to find a way for self-expression through the combination of tradition and technology," he said. "The creative process was hard and time-consuming, but everything is worth it when the production is presented on stage."

He added: "We need to respect tradition, but it doesn't mean tradition has to tie our hands and thoughts. These are the lessons I have learned during creation of the performance."

A scene from "Tui Hsieh • Cloud"

In the "Drum • Light" segment, Peking Opera performers share the stage with a hip-hop dancer, while opera instrumentalists collaborate with Western percussionists, accompanied by a laser show.

"The drum beats have to be extremely precise to match with the laser effects," said Li Zhonghua, an instrumentalist with the National Peking Opera Company. "Our drum beats showcase a taste of traditional opera while synchronized with a street dancer's movements. It's a very challenging performance."

Zhang is an acclaimed director, with three Academy Award nominations for Best Foreign Language Film: "Ju Dou" in 1990, "Raise the Red Lantern" in 1991 and "Hero" in 2003. His films have won many prizes at global film festivals.

His creativity has included pioneering productions, such as the stunning "Impression West Lake," a nighttime spectacle of music, light and dance staged entirely on the waters of West Lake in Hangzhou. 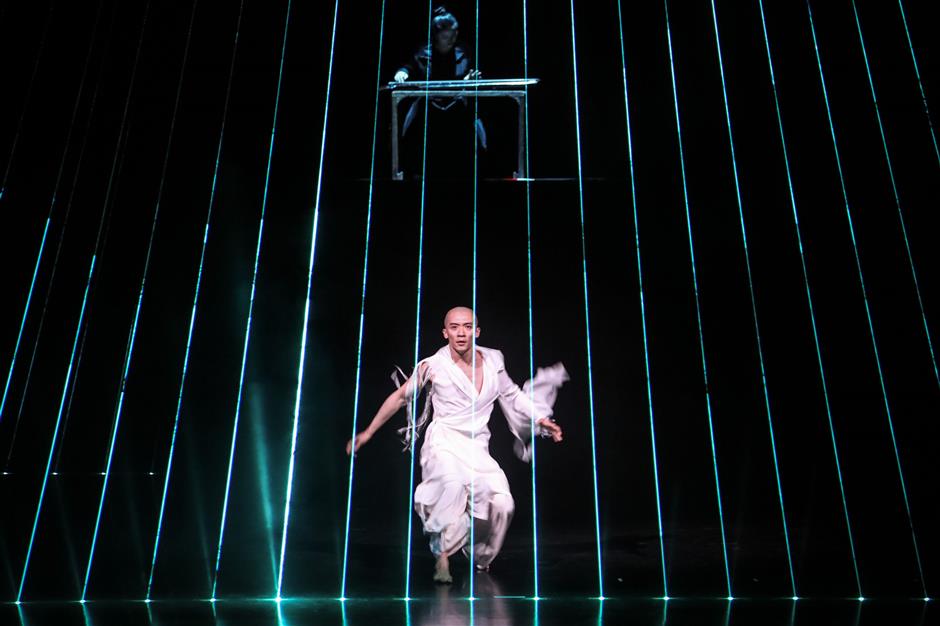 Zhang also directed the performances for the opening and closing ceremonies of the 2008 Beijing Summer Olympics.

"The cultures and skills we today consider ancient were all born under bold innovations of their times," he said. "Today, pioneers of technological innovation are working to create history once again."

Zhang said "2047 Apologue" is a series of continuous pondering and longing.

"What do the changes wrought by technologies mean to mankind with a 5,000-year civilization?" he said. "The core of the production is the pursuit of our being observers and caretakers amid a surge of technological fission."

"2047 Apologue" is one of the performances sponsored by the Shanghai International Arts Festival's new Artra arm, which promotes avant-garde and crossover artistic creations.