Revolutionary Lei Jingtian's question "human sympathy or law, what am I supposed to do?" comes to life in a soliloquy in a play produced by the East China University of Political Science and Law. After premiering at the Majestic Theater in May, "Lei Jingtian" will be staged again during this year's China Shanghai International Arts Festival.

Born in Nanning in Guangxi Zhuang Autonomous Region in southern China in 1904, Lei Jingtian joined the Communist Party of China in 1925.

He participated in many movements and uprisings, such as the May Thirtieth Movement, the Nanchang Uprising, the Baise Uprising and the Long March.

Lei served as president of the high court of the Shaanxi-Gansu-Ningxia region in 1937.

From 1956, he successively held the post of dean, first secretary of the Party Committee and Party Secretary of the East China University of Political Science and Law. 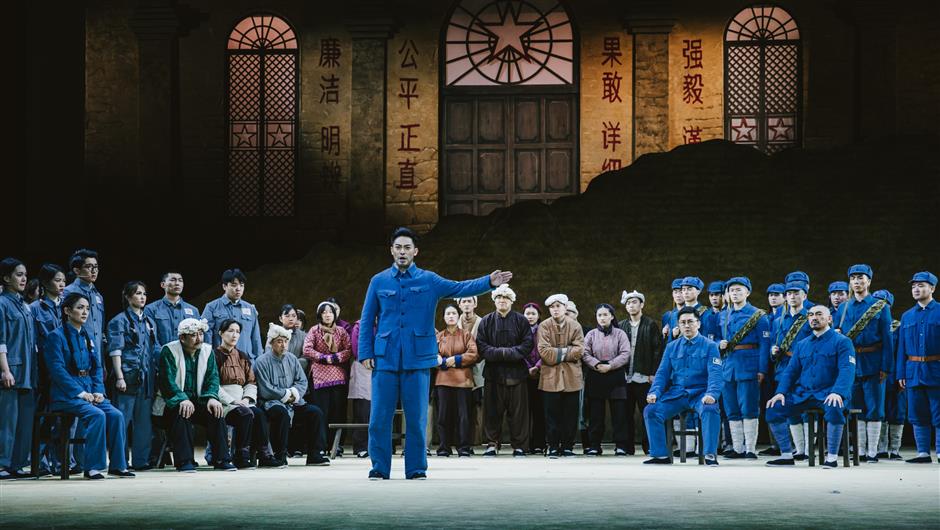 A scene from the stage drama "Lei Jingtian"

Beginning with a heated discussion in the classroom, the play features a sensational murder case judged by Lei in October 1937.

A 26-year-old military officer Huang Kegong was charged with killing a female student named Liu Qian after she rejected his marriage proposal.

Huang joined the Red Army in 1930 and was a revolutionary hero who served heroically in the Loushanguan pass battle in 1935.

Huang even wrote a letter to Chairman Mao Zedong and expected Mao to grant him amnesty for his crime.

Huang and Lei were comrades-in-arms. Faced with a choice between soldierly comradeship and the justice of the law, Lei chose the latter, which was recognized by Mao.

"The play raises a question to the students of our university as well as the people working in the field of law – what kind of 'law man' should we be?" said Guo Weilu, Party Secretary of the East China University of Political Science and Law.

"It was a great trial. The outstanding patriot Li Gongpu predicted that it would set a good example for the legal system of the New China." 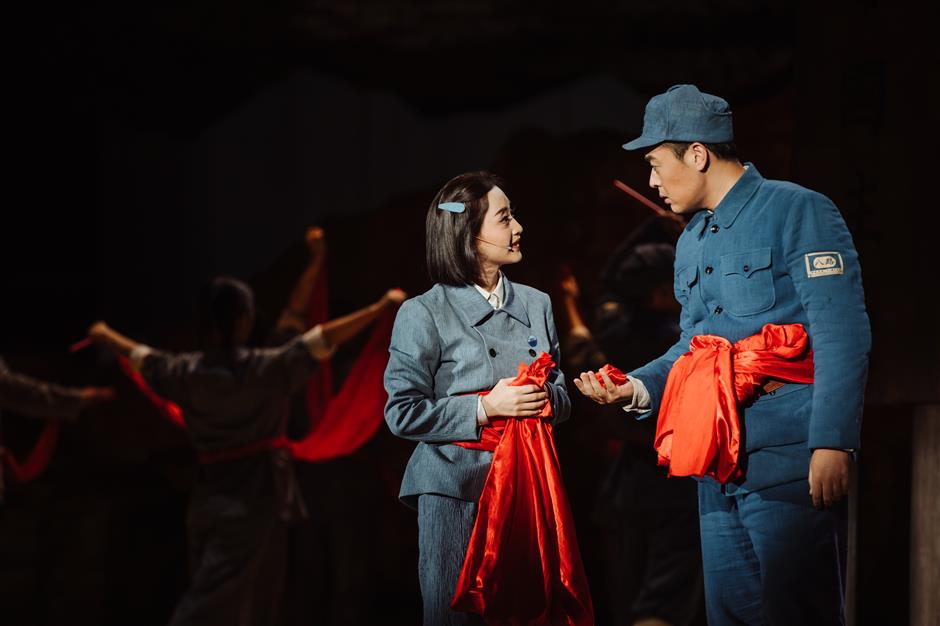 Directed by Wang Qizheng, the production stars actors He Bin and Zhang Tong as well as Bota Habit, a student at the university.

In order to bring history alive, the cast did field research in Lei's workplace in Yan'an.

They visited the Yan'an Intermediate People's Court, the original location of the high court of the Shaanxi-Gansu-Ningxia region; the original location of the Shaanbei Public School, which is today's Renmin University of China; and the Lu Xun College of Art. The trip allowed the cast to experience Lei's life in Yan'an as well as learn about the Yan'an revolutionary spirit and customs.

"The trip aroused my burning ambition to be a Party member," said Wang. "Party Secretary Guo told me that the play was the best Party membership application and I think I have delivered a qualified performance."

Guo said they intended to make the play part of the repertoire of their school.

"We plan to let students perform the play in the new students welcome party and the graduation party every year, which allows them to remember Lei's teachings and the original aspiration of law," said Guo.