In China's northeastern "rust belt," a man on the lam from debt collectors embroils family and friends in a series of misadventures in his quest to avenge the death of his pet dog. 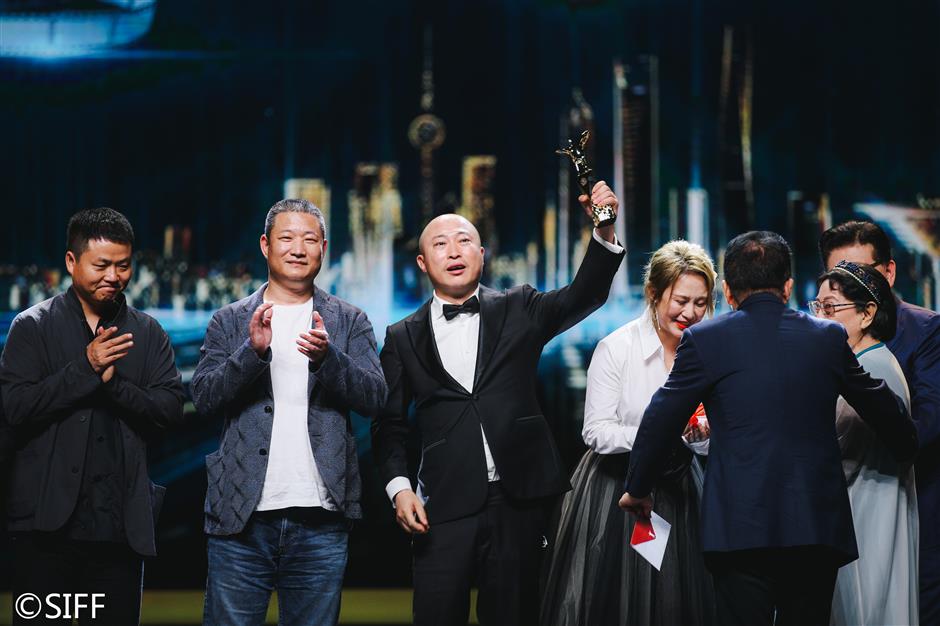 Geng, a 45-year-old, self-taught filmmaker, started to shoot short films in 2002 when DV format for digital videos was popularized, lowering the cost of making videos.

His last movie "Free and Easy" won a special jury prize for cinematic visions at the Sundance Film Festival in 2017. The ensemble in "Free and Easy," like Geng's other movies, are mainly childhood pals – semi-professionals he grew up with in the city of Hegang in China's most northeastern province of Heilongjiang.

"Manchurian Tiger," also set in Hegang, is Geng's fourth feature-length film, and the first one to cast movie stars and have the potential for widespread general release.

"I joined the project mainly because of the director," said lead actress Ma Li. "I like his previous projects, and this time he wrote about a woman with such wisdom that I was very tempted, even though I don't have that many scenes."

Ma has starred in many best-selling comedies, including "Never Say Die," the third-highest grossing in 2017 with box office receipts of 2.2 billion yuan (US$340 million), following "Wolf Warrior 2" and "Fast and Furious 8."

The premiere and celebratory screening of "Manchurian Tiger" during the film festival evoked endless laughter, despite Geng's signature style of a bleak landscape, measured pace and scant dialogue – none of the elements of classic comedy.

Some viewers complained that the pace of the movie was too slow for a comedy, especially in an era of short videos where three-minute videos tell an entire melodrama filled with twists every 10 seconds. The director disagrees.

"I don't think my movies are slow," he told Shanghai Daily. "I'm re-creating a kind of rhythm in life, slow when necessary. Many audiences enjoy fast-paced popcorn movies, and some audiences also enjoy movies that stimulate one to think about questions. We need to have that kind of diversity of movies in the cinema."

Geng doesn't have any short-video mobile apps. He isn't particularly attached to his mobile phone. Many people habitually watch videos via mobiles while commuting on the subway every day, but Geng is one of that dying breed who still prefer to read books on the subway.

"I love reading serious literature – which I do for about three hours a day – often on the subway in Beijing," he said. "Paperbacks. I'm not used to e-books. I don't really think about short videos. I'm not their audience. I am simultaneously a film audience and a creator."

When it comes to cinema, the soft-spoken director can be stubborn, especially when it has to do with his personal style.

The story of "Manchurian Tiger" was conceived even before "Free and Easy," but Geng didn't connect up with the right investors until much later. Several potential investors asked him to add more action scenes. He refused.

"That wouldn't be a Geng Jun movie anymore," Geng said. "That would be a Tarantino or Rodriguez, but it's not me."

It is difficult to categorize his cinematic style, which is rather unique in the Chinese film industry. He called himself an "outlier" at Sundance Film Festival in 2017, when "Free and Easy" premiered. 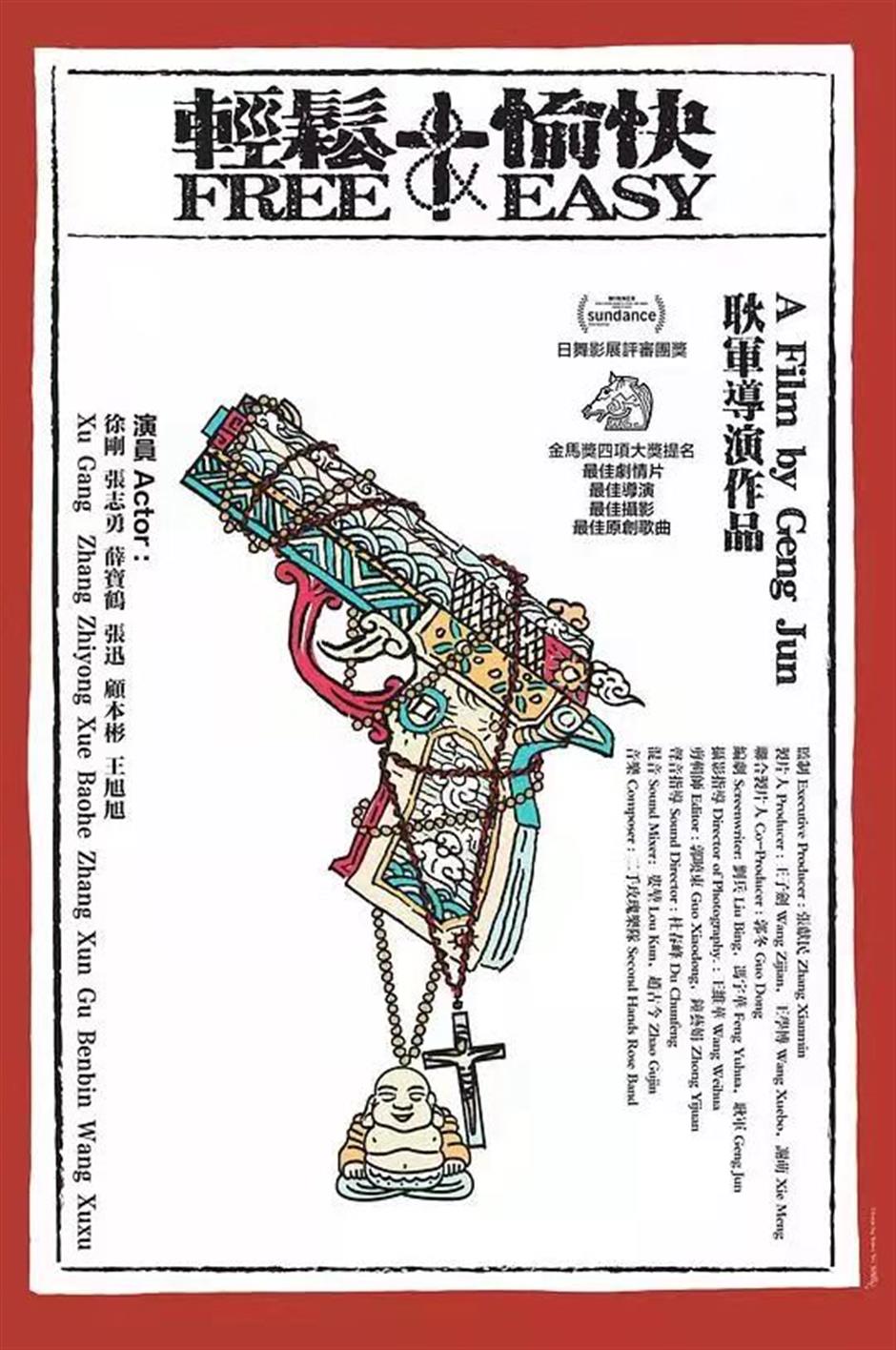 Geng's last movie "Free and Easy" won a special jury prize for cinematic visions at the Sundance Film Festival in 2017.

"Free and Easy" impressed many festival critics and media, who evoked big cinema names to describe Geng's style to those who had never heard of the director.

The Coen brothers were used for comparison, as were Jim Jarmusch, arguably the most famous indie filmmaker in the world; Aki Kaurismaki, the well-known Finnish director noted for his unique "drollery and deadpan" style; and Roy Andersson, the Swedish director whose absurdist comedies are done through long takes.

When asked about such comparisons, Geng joked about a type of "frozen humor."

"The Coen Brothers are good at shooting snow scenes," he said. "As for Andersson and Kaurismaki, you know what? My hometown Hegang is actually about the same latitude as Scandinavia. It gets dark at 3pm in winter. There must be something about humor from such freezing places."

Geng added: "When I watch their movies, I have the feeling we are part of the same gang. And when my movies were shown in festivals abroad, some audiences say northeastern China feels just like their cities."

To many, the snow-covered, bleak landscape in Geng's films is an unfamiliar China, remote from the lively metropolises of coastal areas.

Geng's hometown Hegang, which faces Russia across the Amur River, is home to about a million people. It was a coal mining town until the era of heavy industry passed.

The city has trended online for its shockingly low housing prices – 50,000 yuan for an apartment, which would barely buy a square meter of living space in cities like Shanghai or Beijing.

Hegang also trended as a place attracting the "lying flat," a term used to describe young Chinese burned out by the stressful lifestyle of megacities.

Born into a family of farmers, Geng scored a nearly perfect score in Chinese in high-school entrance exams but fared poorly in math. He enrolled in an agricultural vocational school, where he majored in Russian.

After graduation, Geng left for Beijing, where he worked in a variety of jobs, like selling frozen dumplings and serving as concierge in a hotel.

The saving grace was a social group of movie buffs and filmmakers that Geng joined in 2000. Two years later, he shot his first short video. Another two years on, he used all 7,000 yuan in savings to make the feature film "Barbecue," which started his journey through film festivals around the world.

However, desolate his hometown may seem, Geng keeps returning there from his Beijing base. When home, he often wanders around the city for hours, trying to visualize where, whether and how his stories might fit the landscape.

"I love Hegang – a coal-mining town turned dilapidated, a visual epitome of the post-industrial era, and a place where I'm emotionally connected with the most," he explained.

"I have shot films in other places, including southern Chinese cities like Shenzhen or abroad like in New York, but it is in Hegang that I find myself most excited and inspired," he added.

The inhabitants in the area, who live with memories of bygone glory and their current "frozen" reality, are both his actors and protagonists. The story of "Manchurian Tiger" is based on an actual encounter Geng had with a friend on a wintry day in 2012.

"It was the third day of the Chinese New Year, and he was standing there at the city's central station, covered in snow, looking lonely and angry, waiting for a bus that comes every hour," Geng recalled.

"He was going to a small town to get revenge for his pet dog," he continued. "He had sent the big dog to live with a friend in a small town because the dog wasn't allowed in his apartment building. But the friend cooked and ate the dog. That image of an angry man on a wintry day, setting out on a journey of vengeance just stuck with me."

That image was expanded into "Manchurian Tiger," in which award-winning actor Zhang Yu plays the man out to avenge his pet dog, and comedian Ma plays his wife, a woman in her mid-30s who is pregnant with their first child. However, she discovers her husband has had an affair and plots her own revenge. 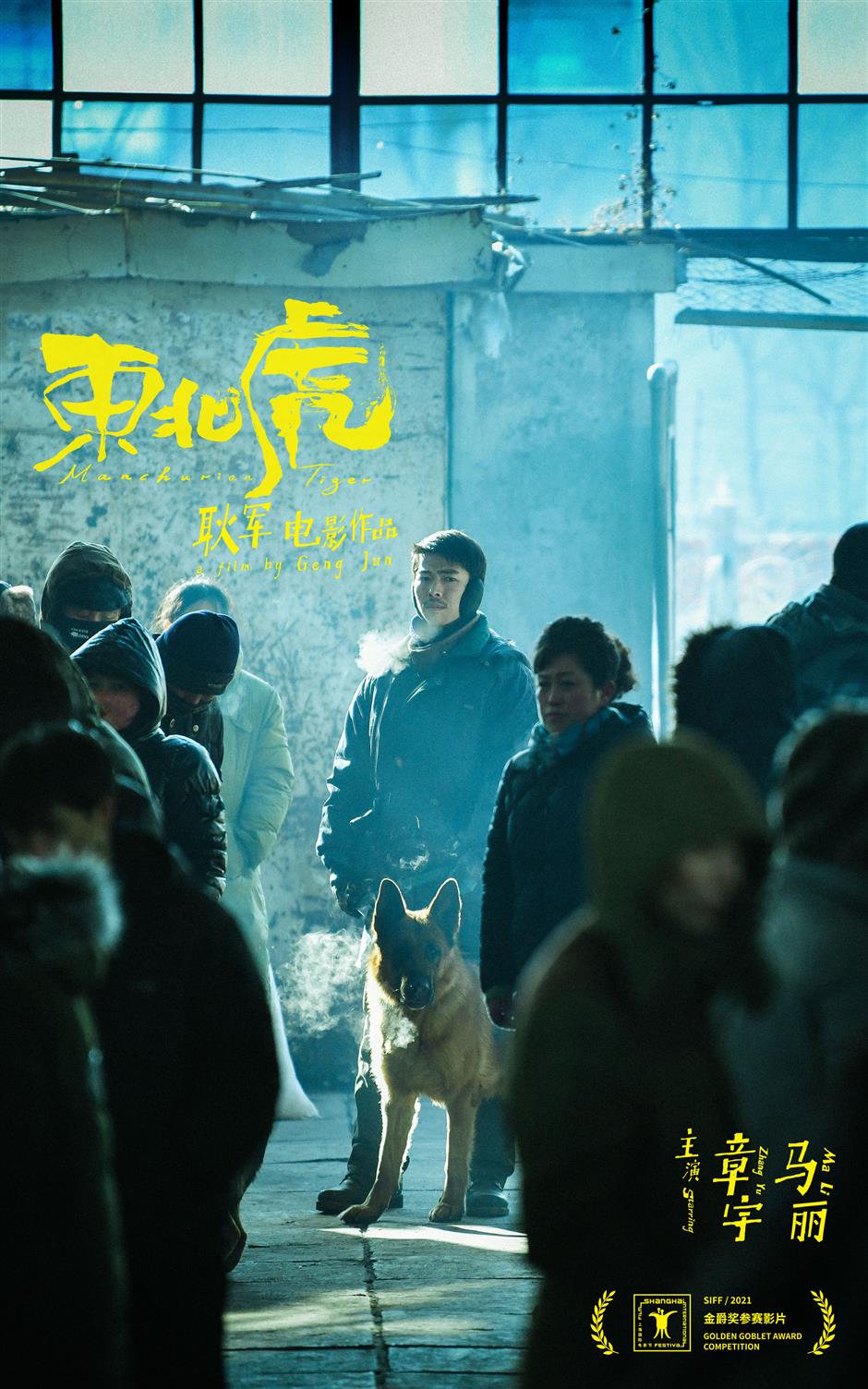 A poster for "Manchurian Tiger"

The movie, like Geng's previous projects, leave audiences wondering what will happen next. The working title – "Assassin and Postcards" – only heightens the anticipation.

Imagine this. A revenge movie set in America's Midwest starring Tina Fey and Ethan Hawk, and directed by the Coen brothers before they made "Fargo" (1996).