Famed cinema producer does a volte-face

The names of film producers appear in screen credits, usually attracting little public notice. But in the case of a recent premiere at the Shanghai International Film Festival by Wang Xiaoshuai, everyone took notice. It was the famed auteur's first foray into the suspense movie genre.

His production of "Up the Mountain" is certainly a change of oeuvre for the man who is credited with discovering rising filmmakers like Zhou Ziyang. Their collaboration on the 2017 film "Old Beast" won Taiwan's Golden Horse Awards for best original script, best leading actor and best new director.

Even so, Wang's latest choice surprised many.

"When I'm directing, my style will not change," Wang told Shanghai Daily. "But when I'm producing, I'm willing to try something different and hand the project to a fitting director. A genre film has its own rules, and you can make it into a very high-quality film."

For "Up the Mountain," Wang chose Wu Di as director. As Wang's go-to cinematographer, Wu and Wang have worked on many films together in their 30-year friendship. 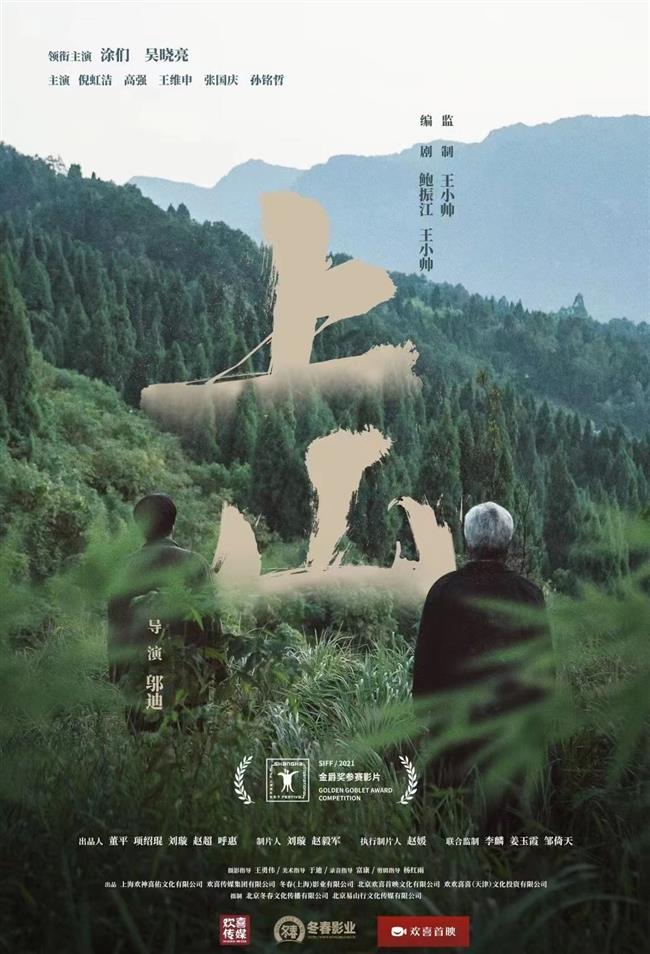 A poster for "Up the Mountain"

Their new project tells the story of a retired police detective who refuses to give up on an old murder case and finally finds new clues to the perpetrator.

"It is a detective or suspense movie filled with a presence of Zen," Wang explained.

One of the key locations of the movie is a strange mountain temple where Confucius, Taoism and Buddhism are worshiped – not an uncommon practice in rural China.

Born in 1966, Wang belongs to a generation of Chinese directors who, in his words, "turned the camera around and focused on ourselves." They were in sharp contrast to the previous generation of filmmakers like Zhang Yimou or Chen Kaige, best known for epics grounded in historical and political roots.

Wang's generation of Chinese filmmakers is often categorized as "the sixth generation" or, in more recent years, "the urban generation." Many of them grew up in major cities that boomed under China's dramatic economic development. Their neorealistic cinematic storytelling often depicts the side effects of rapid change.

Wang's last feature film, "So Long, My Son," told a tale of a Chinese family dealing with China's decades-long one-child policy, which actually ended when the film premiered at the Berlin International Film Festival in 2019.

The film follows two families over 30 years, with close co-workers becoming estranged after the death of the only son of one of the families.

The film was widely acclaimed in China and won acting awards in Berlin for both the lead actor and actress.

Wang was born in Shanghai and spent the first 13 years of his life in Guiyang, capital of southwest China's Guizhou Province, during the tumultuous years of the "cultural revolution" (1966-76). While there, he studied painting. When he was 15, he moved to Beijing. He eventually studied directing at the Beijing Film Academy.

Despite many films he made, Wang didn't shoot to international stardom until his film "Beijing Bicycle" won the Grand Jury Prize at the Berlin festival. His second feature, "Frozen" (1995), which was about a Beijing avant-garde art circle, aired only on television in Europe, starting with the BBC, which named it among the best 100 films in the last 100 years.

Wang's works have competed at the Cannes Film Festival four times, the Berlin festival three times and in dozens of other film festivals, including Venice and San Sebastian.

The award-winning director was often seen as frustrated with the art-house scene, where box office receipts were usually paltry and odd screening times often limited audiences.

"It is possibly the best era for commercial movies and the worst one for serious movies," he tweeted in 2014, after his "Red Amnesia" pulled in only about 10 million yuan (US$1.5 million) in ticket sales.

"So Long, My Son" hit the silver screens across China after it won Silver Bear awards in Berlin. It took in about 45 million yuan at the box office, Wang's most profitable film at the time. Even so, the film's length of over three hours may have intimated audiences and theater managers.

Critics loved the movie. It had an 8.6 out of 10 rating on the Rotten Tomatoes movie review site, and an 8.0 rating on the Chinese movie site Douban. 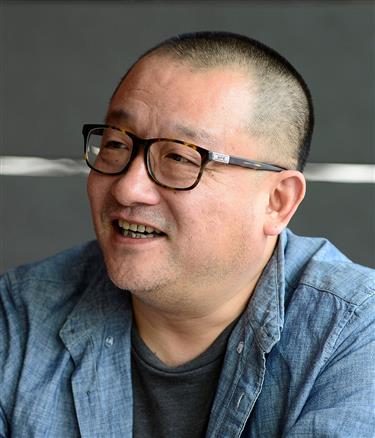 After the pre-release screening of "Up the Mountain," Shanghai Daily read out some of the just-in reviews on Douban to Wang. He looked intrigued and softened, even when hearing some less than raving critiques.

Wang was then happy to answer some Shanghai Daily questions.

Q: What do you mean by "high-quality genre film?" Does it refer to artsy genre films?

A: I would rather differentiate the two types of movies. A genre film has its own rules to be followed, but you can upgrade it to a high-quality level. For example, audiences are more demanding when it comes to comedies. They don't like the slapstick jokes that force you to laugh as though someone were tickling you. If you can naturally make me laugh through well-designed plots or punchlines, then it is higher quality.

"Up the Mountain" is the kind of suspense movie that you can still enjoy even with spoilers because the revealed mystery inspires you to go back and think about what happened to these characters and why.

Q: Is it different when you produce an art-house film versus a genre film like "Up the Mountain?"

A: Very different. When I produced auteur movies, I was almost never on site unless there was a problem and they asked for my help. Otherwise, I tried to leave all the decisions to the director because it is an auteur movie. Nobody can enforce anything on an auteur, otherwise the director, especially a new director, gets confused.

But this time, I started working on the script with the initial screenwriter long before I picked the director. As a producer, it's like I built a frame and handed to the right director. I also scouted for the temple and got approval for filming inside.

Because it is a genre film with a set of its own rules and style, I was on site more often or nearby so that I could keep up with whether it was going well and remind the director not to go off the framework of the script. But other than that, I tried to give him directorial freedom. It takes good balancing when producing such films.

Q: Why do you differentiate your way of producing?

A: If you are an auteur doing your first low-budget movie, it's relatively low risk, with little expectation for the box office. But we are willing to support you in your dream. But commercial films are different. They require more investment and higher pay for the director. There are more risks for more people.

It's intriguing that in the end, often it is the commercial director saying he envies the auteur for the more artistic freedom. While for the commercial film director, it becomes a team project, which can drive them crazy.

They chose different paths from the beginning, so it is differentiated.

Q: Your next project is set in rural village?

A: Yes, it's in preparation. It's about the relationship between a farmer and his land. I've been in preparation for nearly half a year, and now we are scouting sites.