The world-famous jazz festival is held every summer in Switzerland on the shores of Lake Geneva. Since its inception in 1967, the festival has included countless great musicians and bands, including Nina Simone, Miles Davis, Aretha Franklin, Prince, Leonard Cohen, David Bowie, Deep Purple, Muse, Radiohead, Adele and Lady Gaga. 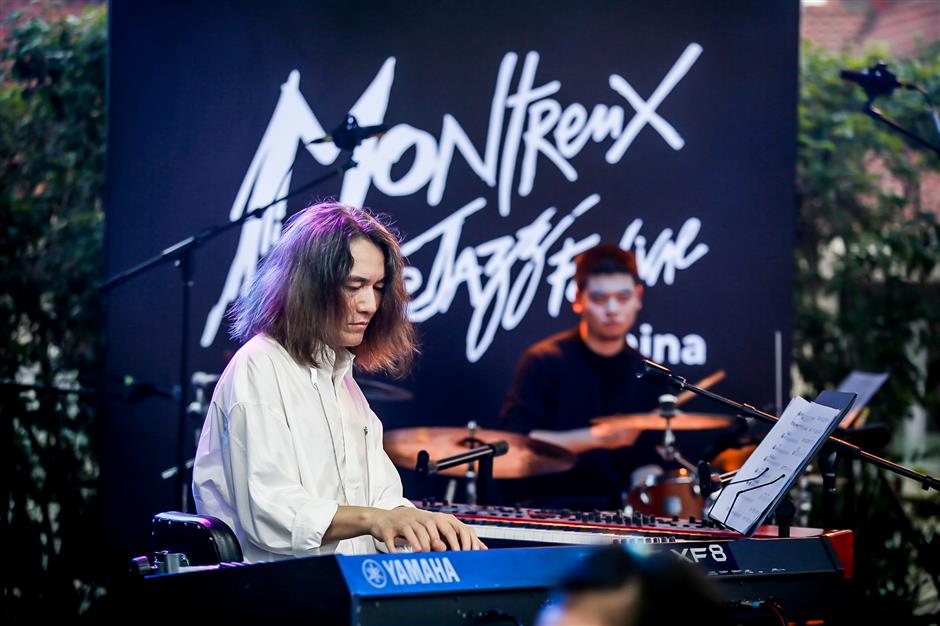 Luo Ning, the leading Latin jazz pianist in China, opened the festival with his band.

The stage was set up on the roof terrace of the lakeside Sofitel, with about 100 people watching the performers from close range while enjoying the view of West Lake at the same time. 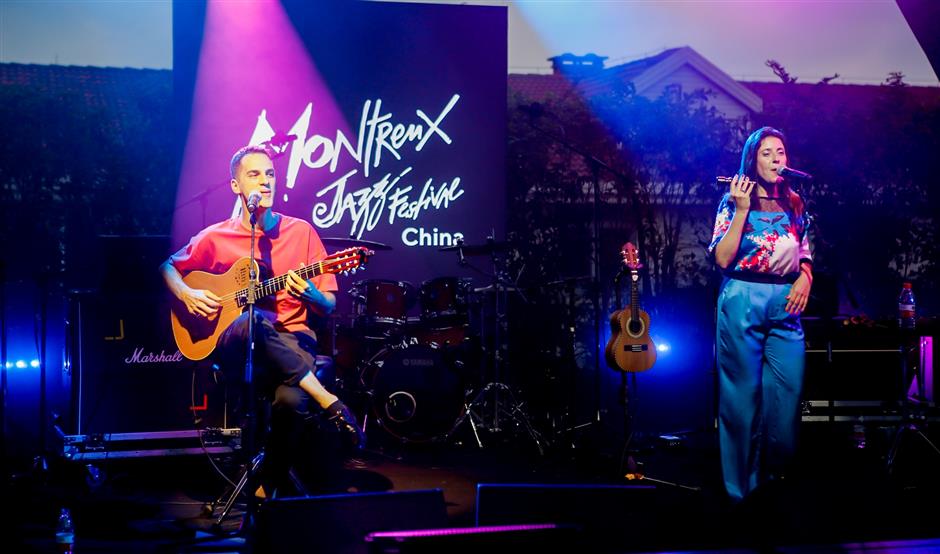 According to Qi, adjustments were made to the scale and line-up of the inaugural Montreux Jazz Festival China due to anti-pandemic requirements and travel restrictions.

"We initially made a four to five day performance schedule for the festival, with more musicians and international performers invited," said Qi. "The stage was initially planned to be set up on a lawn that can accommodate as many as 1,000 people. However, due to safety concerns, we shifted to Plan B and presented a rooftop festival."

The adjustments received surprisingly good feedback. People were able to experience the full charm of live music, and interact with the musicians thanks to the intimacy created by the organizers.

"Montreux Jazz Festival has its well-recognized international status. I was curious about its Chinese edition, so here I am," said veteran DJ Zhang Youdai. 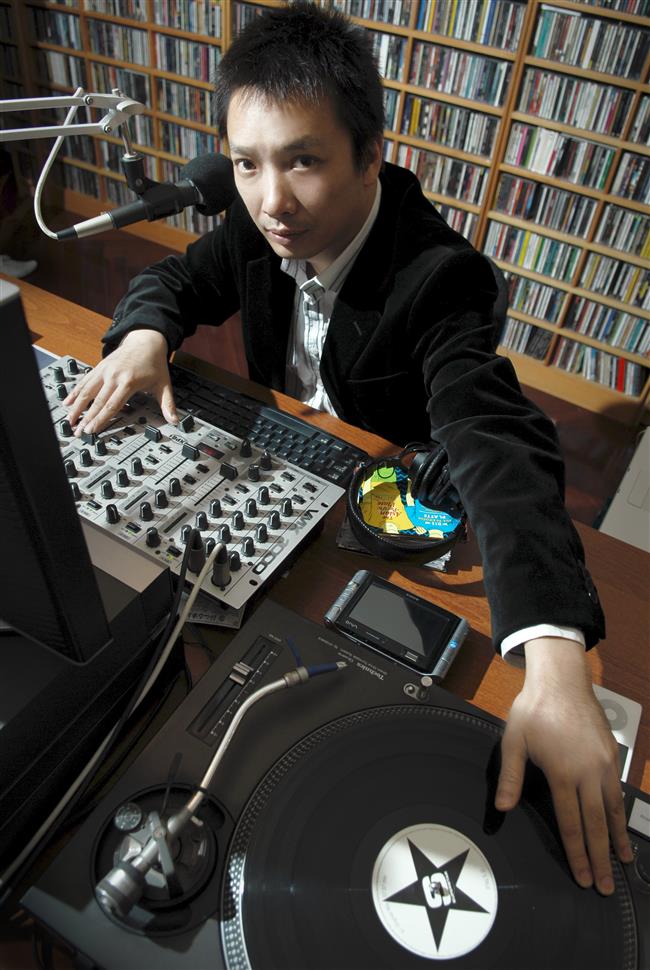 Zhang has been working for China National Radio since the early 1990s. In charge of several music programs, he is considered one of the pioneers of introducing jazz and other Western music to domestic audiences through broadcasts.

Zhang said there is a misunderstanding about "jazz festival" among the country's music followers.

"Despite its name, jazz festival is never limited to only jazz music. In fact, it's the most comprehensive type of music festival, as jazz is an inclusive and open music genre itself," he said.

The Montreux Jazz Festival in Switzerland is a good example, where there are several theme stages going at the same time. In its recent editions, only about 20 percent of the performers have been jazz musicians. The rest of the stages are open to all music genres, from rock to folk, electronic and classical. 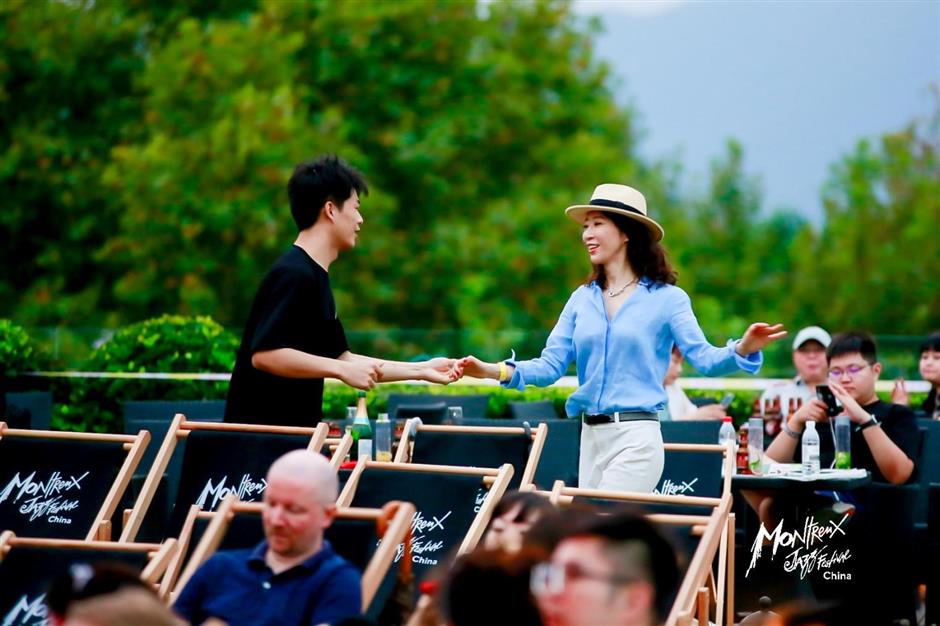 Audience members react and interact to the music.

At the festival's inaugural Chinese edition, about half of the performers were jazz musicians, a proportion that's expected to be adjusted in the future.

"We want to introduce more quality jazz music to people in the festival's inaugural year in China," said Qi. "After music fans get to know us, we will introduce them to more inspiring music and interesting musicians in future editions."

Jazz remains a niche music genre in China. Most performers and fans are in top-tier cities like Shanghai, Beijing and Guangzhou. Jazz clubs were popular entertainment venues in Shanghai back in the 1930s and 40s. Today, jazz has become the symbol of leisure and stylish living for the modern generation.

"In Western countries, jazz concert attendees are usually older people," said Zhang. "But in China, the market is much younger. Visiting jazz clubs is often considered a social activity and lifestyle." 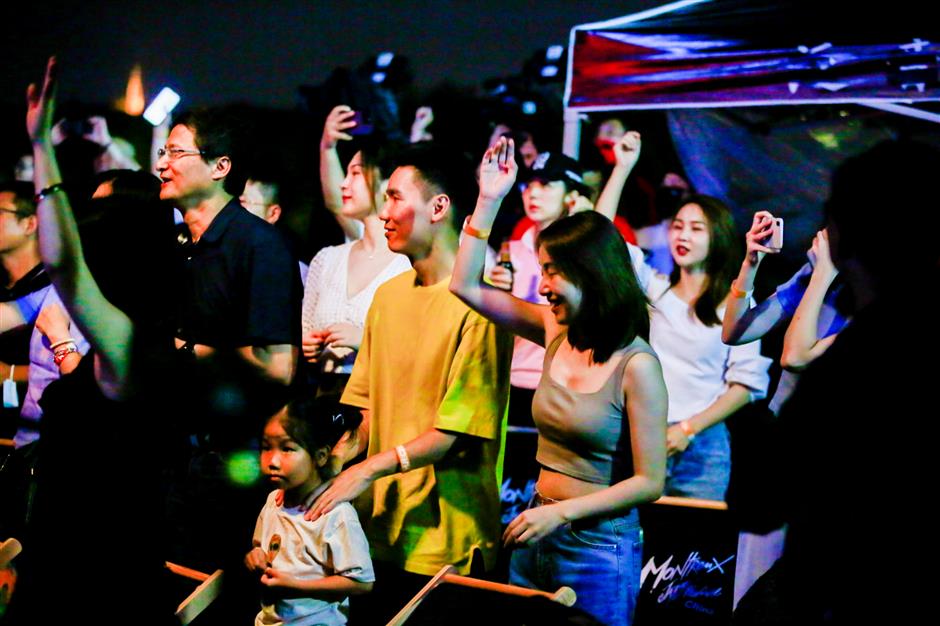 Today, jazz has become the symbol of leisure and stylish living for the modern generation.

From Zhang's point of view, jazz encourages integration, innovation and free creation. Jazz performers are usually highly skilled, enabling them to give full play to the charm of each instrument.

"Unlike some rock or pop bands where the lead singer or a guitarist takes the center stage, each member of a jazz band is a soloist, and each of them is capable of leading a certain chapter of their show," said Zhang.

He still remembers his early experience at a jazz festival in Copenhagen some 30 years ago.

"I felt like a fish in the sea," Zhang said. "I could choose to follow one instrument, understand its role and swim in its currents. Then I switched my focus to another instrument, and got carried away by its waves. I realized how intriguing it would be if one could understand and appreciate this type of music." 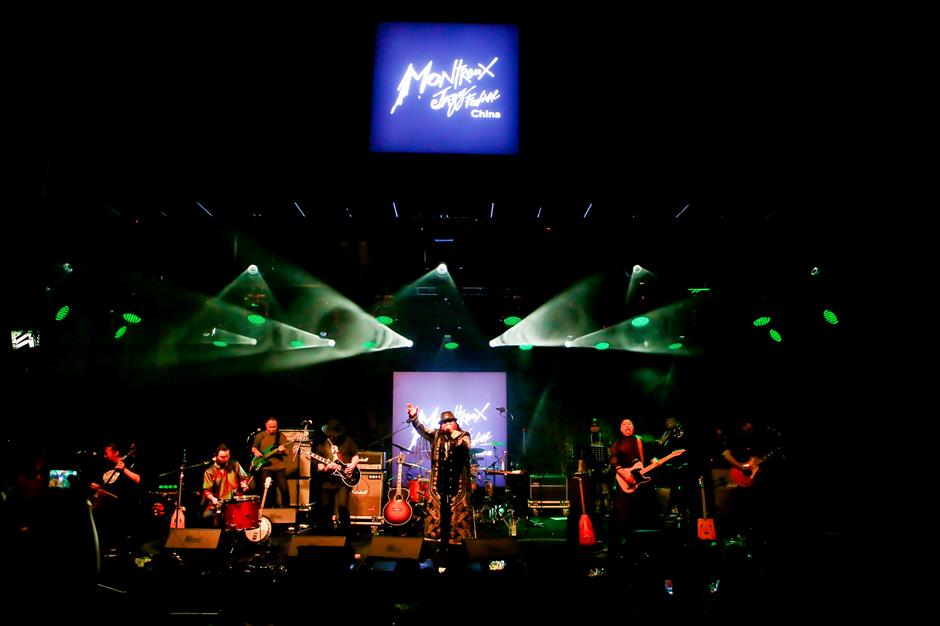 Hanggai is a folk music group, who taps into the roots of Mongolian folk music in depth whilst integrating them with contemporary rock music.

He said it's important to keep an open mind when approaching jazz.

"Audiences who are more familiar with pop and rock music often try to look for meaning from songs and music they hear," Zhang said.

"But music doesn't always have to carry a meaning. The value and charm lie in the creative process and how the performers communicate and express themselves. Don't make presuppositions, and let music set your mind and body free."