Adaptation of classic for younger audiences

"A Dream of Red Mansions," one of the four great Chinese classic novels by Cao Xueqin of the Qing Dynasty (1644-1911), has been adapted into various art forms. A new dance drama of the same title is making its Shanghai debut at SAIC Shanghai Culture Square this weekend. 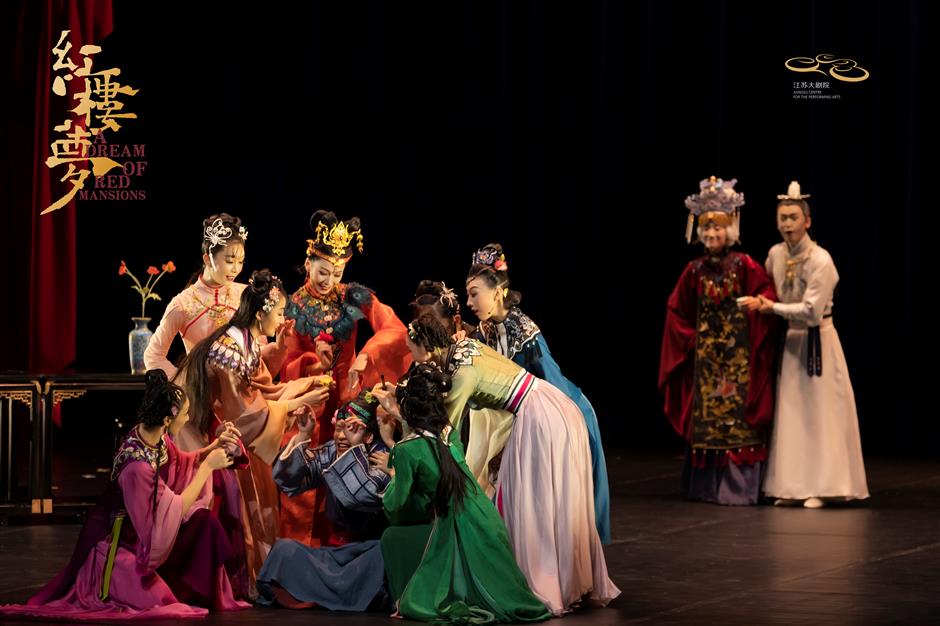 The dance drama is based on "A Dream of Red Mansions," one of the four great Chinese classic novels.

Cao Xueqin's hometown was Nanjing, previously known as Jiangning, capital of neighboring Jiangsu Province. The novel is believed to be semi-autobiographical, mirroring the rise and decline of Cao's own family and, by extension, of the Qing Dynasty.

"A Dream of Red Mansions" is remarkable not only for its huge cast of characters and psychological scope, but also for its detailed observations of the life and social structures typical of 18th-century Chinese society.

"We recreated the classical story, not only because Nanjing is the hometown to the novel, but also because of the result of a survey we conducted," she said. "Our survey showed that 'A Dream of Red Mansions' is among the few literary classics for which audiences are eager for a new adaptation." 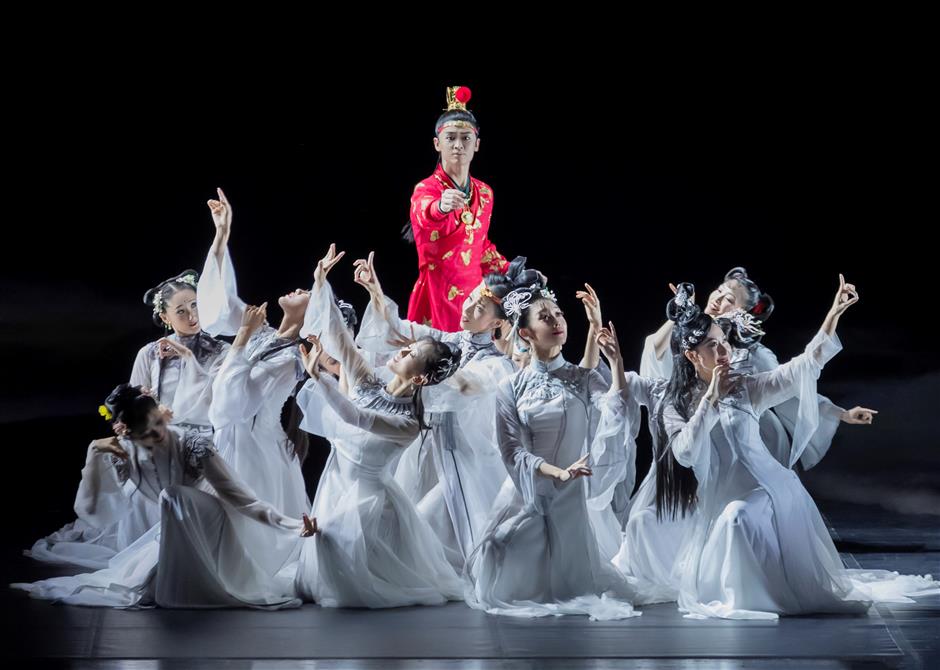 The new dance drama, which tells the story in 12 acts, focuses on a love triangle among three protagonists: Jia Baoyu, Lin Daiyu and Xue Baochai, while highlighting the "12 beauties of Jinling."

"We paid thorough respect to the literariness of the original novel," said Cui. "After deciding that the story would be told from Jia Baoyu's point of view, we selected key chapters from the novel and rewrote it with language appropriate for the stage."

Director Li Chao said he and lead dancer Li Xing, who is also the joint director, spent much time studying the original novel.

"The 12 beauties in the novel impressed us most," said Li Chao. "We want to highlight their personal fate, and allow them to communicate with the audience." 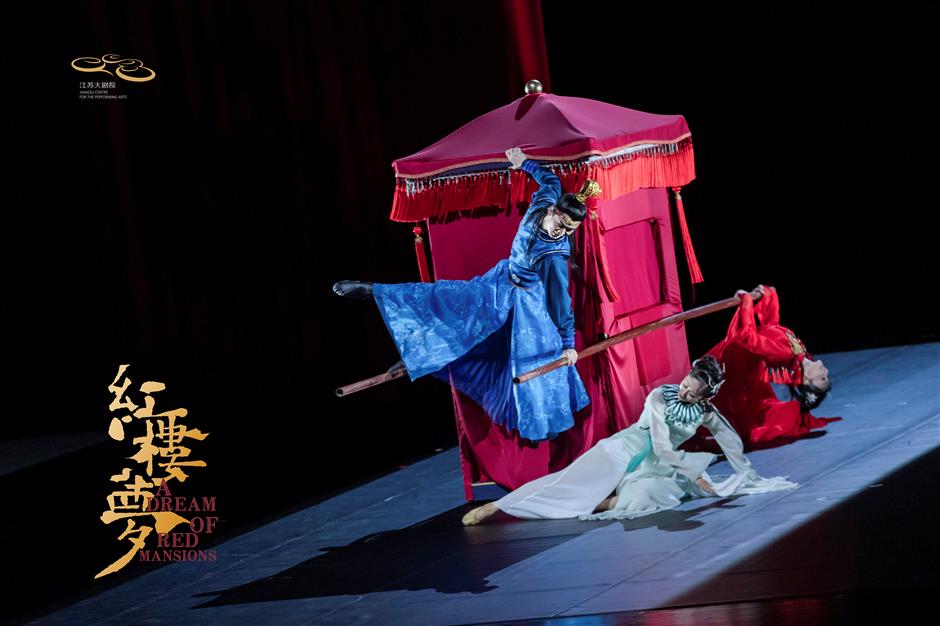 Li Chao said the costumes were designed strictly in accordance with the original novel to help audiences build an emotional connection with the drama's characters.

"The clothes, earrings and hair accessories are all based on descriptions in the novel," said Li. "Some audience members might be concerned that many of the costumes are elaborate, even bulky, and may restrict certain movements by actors. But 'restriction is the touchstone for genius' as I was taught by my teacher. I hope the dancers will give full play to their ability within these restrictions."

Li Xing continued: "If you observe how the dancers move on stage, you find that they keep their upper body still, while allowing the lower body to move quickly in a flowing motion. These movements are featured in traditional Chinese opera, which suits the 12 beauties' images fine ... the charm of these ancient beauties lies in every detailed movement like lowering and raising the head." 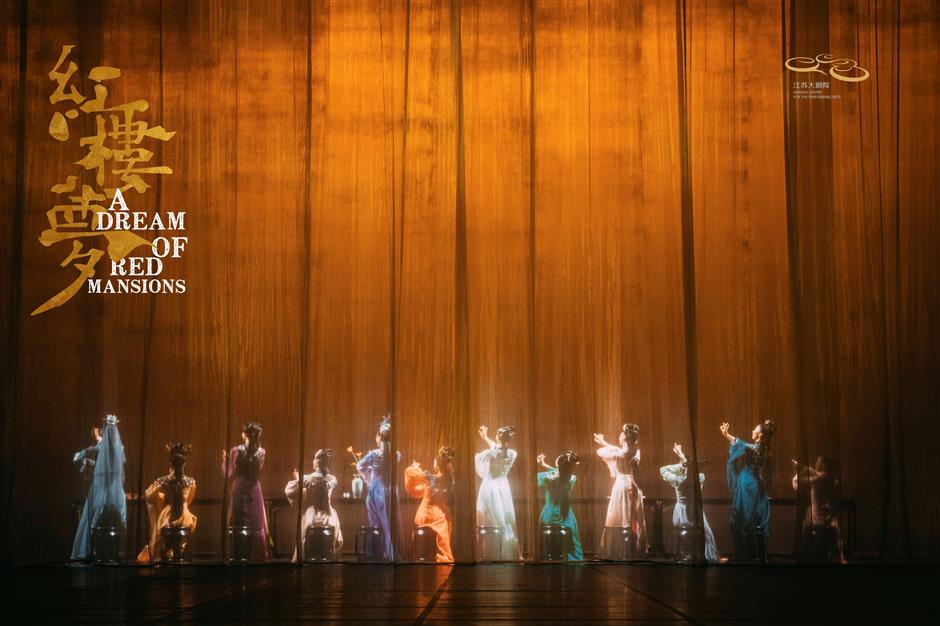 Li Xing said the exquisiteness and restraint of the 12 beauties is the feminine element of the novel which connects with modern audiences. As for his own role, Li described Jia Baoyu as the most complicated character he has ever played.

"Preparing for the role, I questioned myself about the rationality of Jia's manners and behavior," he said.

Li Xing and Li Yanchao, who plays the heroine Lin Daiyu, have been long-time friends. The last time the duo shared a stage was for Li Xing Studio's original dance production "The Hotel," staged at Shanghai Grand Theater last month.

Reflecting on the character she portrays in "A Dream of Red Mansions," Li Yanchao said: "As a 30-year-old dancer, I feel that this is the right age to pick up the role of Lin Daiyu. She has always been my favorite character. Despite her talent and beauty, some readers say that Lin is aloof, self-righteous and capricious. But to me, she has a rich inner world of her own."

"For a dancer, it's a challenge to present her emotions on stage," Li Yanchao said. "Common people might hug each other to express affection. But Lin Daiyu expressed her strong feeling by handing over a cup of wine to Jia Baoyu with a gentle handshake."

"After fully understanding Lin Daiyu, I often have to restrain emotions rather than letting them out on stage," she added.

"A Dream of Red Mansions" premiered in Nanjing last month. It visited Shenzhen and Beijing before coming to Shanghai. After the two shows at Culture Square on Friday and Saturday, it will return to Jiangsu Province for performances in Nantong.