Original musical "No Longer Human," based on a 1948 Japanese autobiographical novel by Osamu Dazai, will be staged at the Shanghai Grand Theater from December 10 to 19.

The best-selling novel of the same name chronicles the life, pains and inevitable self-destruction of a troubled man who is incapable of revealing his true self to others.

Dazai, who committed suicide at the age of 39, also wrote his own experiences, confusion and feelings into the plot.

The musical score was created by famous Broadway composer Frank Wildhorn to depict the complicated emotional world of the protagonist, especially his struggle in a morass of contradictions.

The songs will be performed by young actors and singers Bai Jugang, Liu Lingfei, Li Weiling and Xu Meng.

The musical is Ran Space's latest offering following the success of "Into the White Night," which was adapted from Japanese writer Keigo Higashino's suspense novel.

Chen Zhuohua, the musical's lighting designer, said that it will mirror the inside world of contemporary people, with poetic sounds and impelling visuals and lighting.

Following its debut in Shanghai, the musical will work with Poly Theaters in major cities for a national tour. 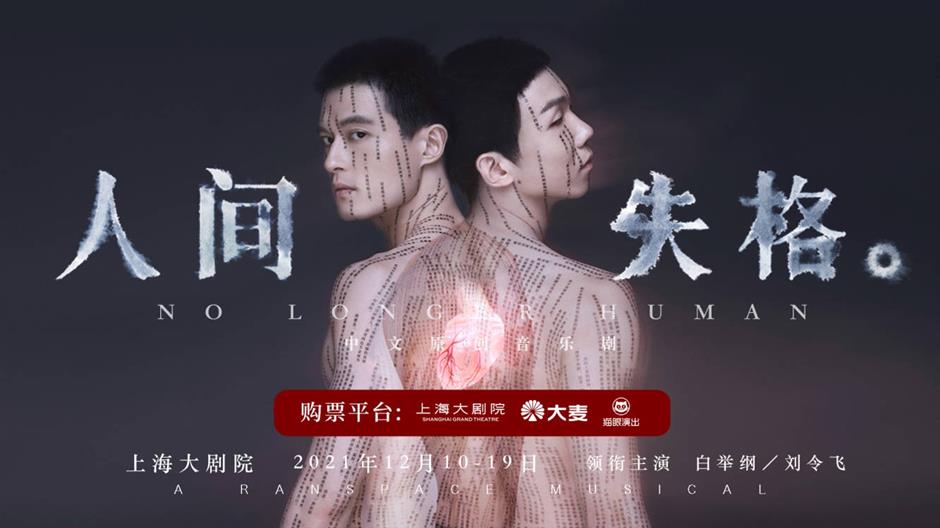