The documentary series "Frontline," which provides insight into the dangerous and venerable realm of the firefighting profession, will be released on Tuesday night.

The eight-episode series, a joint effort by Shanghai Media Group and the Shanghai Fire and Rescue Brigade, will air on SMG's Dragon TV, its online platform BesTV, as well as video streaming sites Bilibili and Tencent Video.

It took the crew around 18 months to follow the 24-hour daily lives and heroic work of 58 firefighters in two Shanghai fire stations to produce the documentary.

While recording their efforts to protect the city, the series also points its lens at the firefighters' emotional world and their heart-warming family scenes. 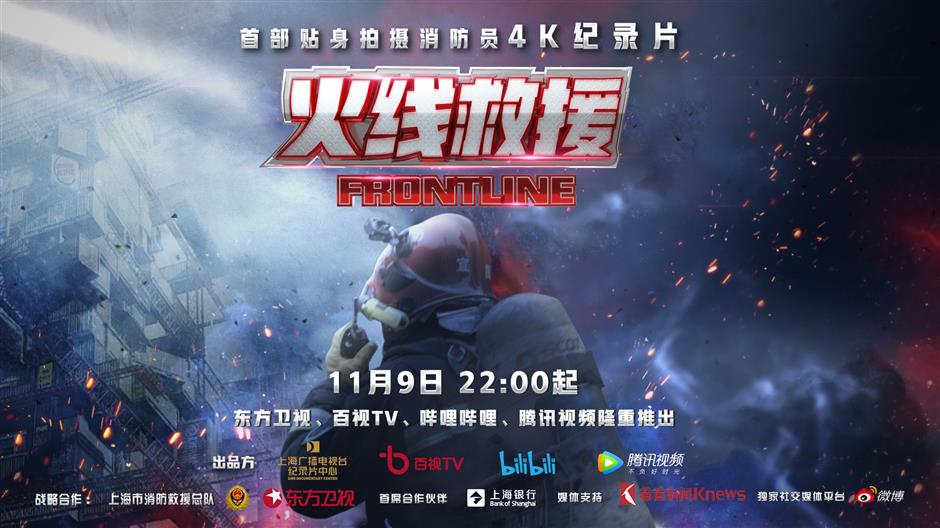 A poster for "Frontline"