The weekly variety show "Action," which is running on iQiyi, not only offers young Chinese filmmakers a platform to showcase their talents in short films, but also provides viewers with insight into the filmmaking process.

The six new directors – Yi Xiaoxing, Wang Luodan, Peng Youlun, Hu Guohan, Hao Jie and Sha Mo – bring their "dream scripts" to the show. In the story-pitching phase, they're tasked with impressing and persuading investors in a short period of time.

Casting is recorded as an interesting two-way selection. Both the directors and actors share their criteria for a high-quality production and have the right to say no to each other.

The young directors are encouraged to shoot three movies each with original stories, personal expressions and experimental approaches to storytelling and cinematography. They also have opportunities to receive mentoring from film industry veterans such as award-winning director Chen Kaige, scriptwriter Liu Zhenyun, actress Hsu Chi and filmmaker Chen Sicheng.

A total of 20 short films will be produced in the 10-episode show. Every movie will be judged based on artistry and commercial value by critics, media workers and movie buffs. The best productions will be honored and have a chance to be released in cinemas.

"Action" is the first variety program in China that focuses on the aspirations and evolution of young directors.

"Many people are enthusiastic about directing," said Tan. "But from the show, people will realize it's not as easy as they think. The profession does have a threshold, and people can't merely rely on passion. They need to work very hard. I think more people will come to respect our directors and rapidly developing film industry."

Chinese cinema has performed well during the pandemic. It was the world's largest film market in 2021, with box office receipts of 47.26 billion yuan (US$7.42 billion) – more than 84 percent of which came from domestic productions.

Moreover, a rising tide of young Chinese filmmakers is taking shape. The two most critically acclaimed movies of late – animated comedy "I Am What I Am" and urban romance "B for Busy" – were helmed by young directors who were virtual unknowns until recently.

Hao presented a short film "Feng Hai's Dream" on the show, a tragic story about a village girl whose family can't support her college education. He said he's interested in exploring people's real but unconscious aspects.

"Making a film can help me get closer to the mysteries of the human heart, and it's a fascinating experience for me," said Hao. "A great film can be remembered by generations of people. It has the power to understand and solve all the mysteries in our hearts." 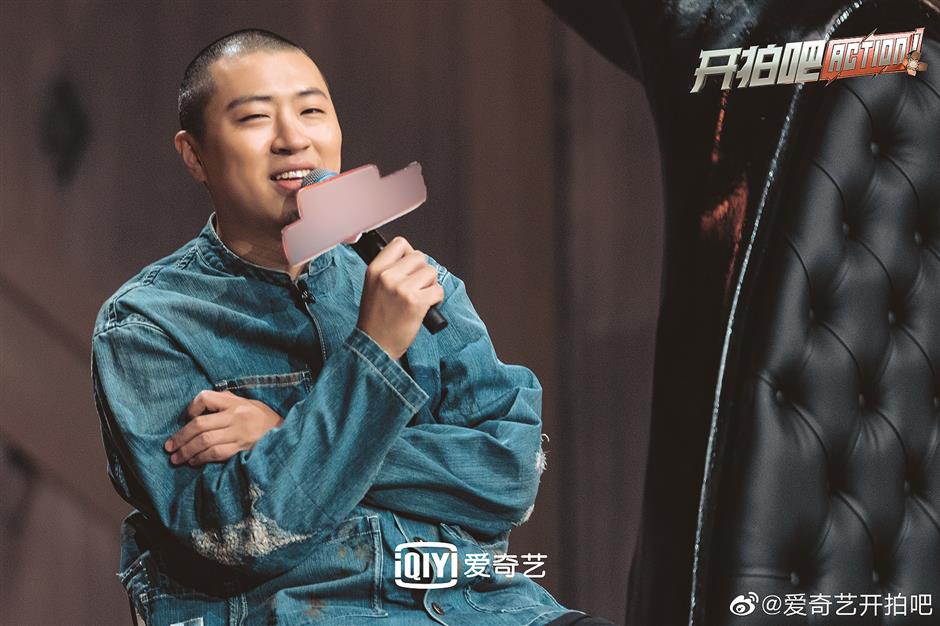 Sha graduated from the Beijing Film Academy and directed "Black River," a short film about a father's exploration of the reasons behind his son's suicide. He says films ignited his lonely life when he was a teenager, and "Black River" centers on the importance of communication. In his eyes, "Action" is like a short-film training camp.

"It's such a good time for young directors," said Sha. "In this day and age, talented young people have many chances to be 'seen,' but a good director needs to stay true to himself and speak to people's hearts. He must have the ability to resonate with the stories, emotions and destinies of the characters."

Renowned scriptwriter Liu Zhenyun noted that the future of cinema belongs to young filmmakers, and encourages them to create real-life stories about China and its people.

"A good movie features good structures for the story and characters, but what makes it inspiring and different is the creativity and philosophy of the director," Liu said.

A poster for "Action"