Shanghai residents will be able to enjoy more than 350 online performances, exhibitions and lectures on major streaming websites on Wednesday amid the extended COVID-19 lockdown.

From Wednesday to next Monday, Shanghai Ballet will show seven works on its Douyin (Chinese version of TikTok) account, shanghaiballet, for free at 3pm every day.

The performances include "The White-haired Girl," a legendary production which marked the birth of Chinese ballet; Western classic "Swan Lake;" two contemporary works "Ludwig II – The Swan King" and "The Labyrinth of Solitude;" and a collaboration with the Yen Han Ballet Company from the Switzerland.

Viewers can also watch the performances on other streaming platforms, including BesTV, eastday.com and thepaper.cn. 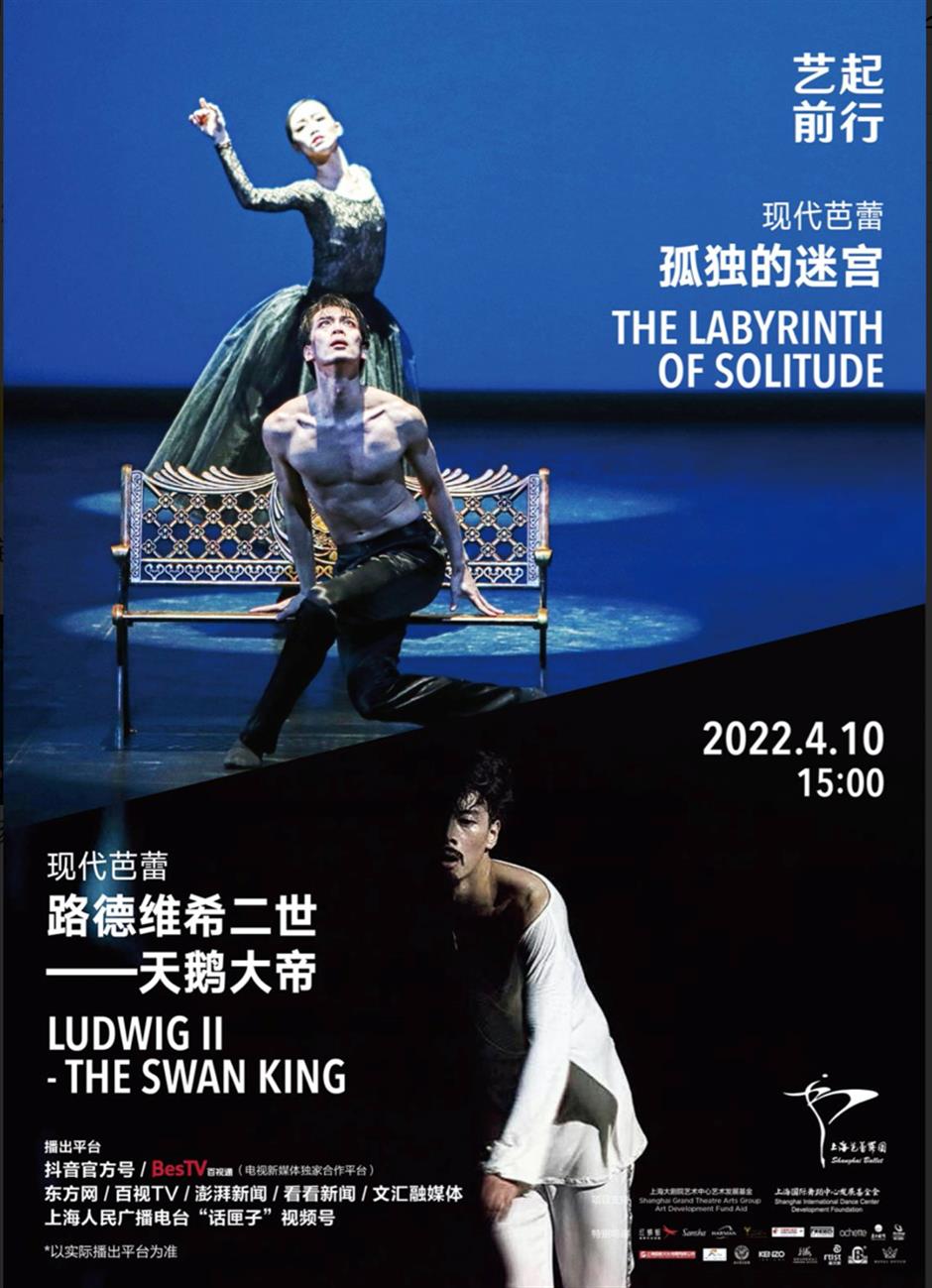 The Shanghai Philharmonic Orchestra will present a performance of capriccio "Bethune in Jinchaji," created by 92-year-old Chinese composer Lu Qiming, an artist with the Shanghai Film Group, on its WeChat and Douyin accounts on Wednesday.

The capriccio pays tribute to famed surgeon Henry Norman Bethune's dedication to serving humanity, as well as China's medical workers' efforts in the fight against the COVID-19 pandemic. 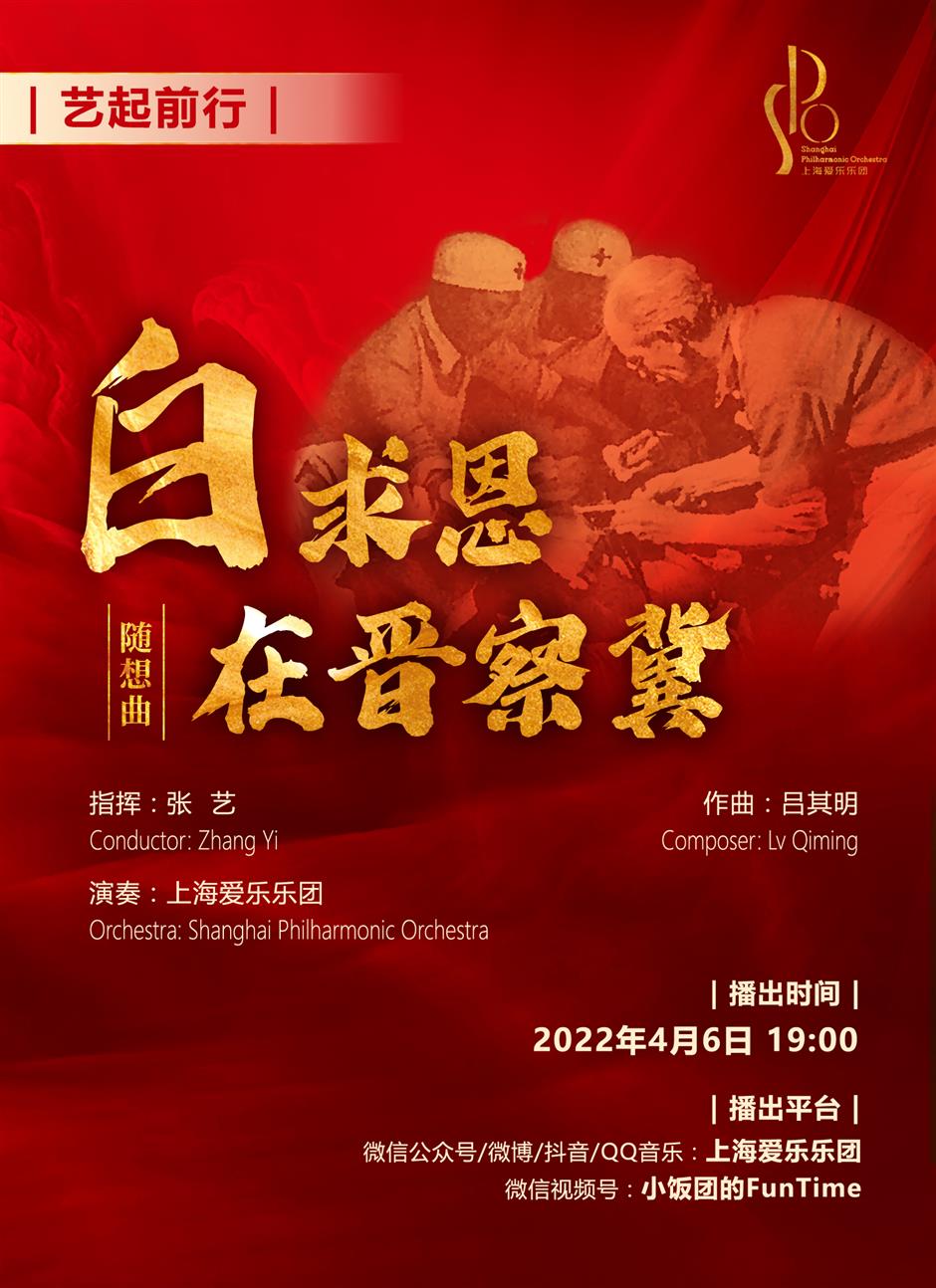 A poster for "Bethune in Jinchaji"

The keenly awaited military series "China Special Forces" will air on Dragon TV on Tuesday. It revolves around several young special forces soldiers' growth after they take on a series of challenges.

Local poets, photographers and artists will, meanwhile, display their latest works on the Internet. Many of their creations record Chinese people's solidarity and courage in the face of the pandemic. 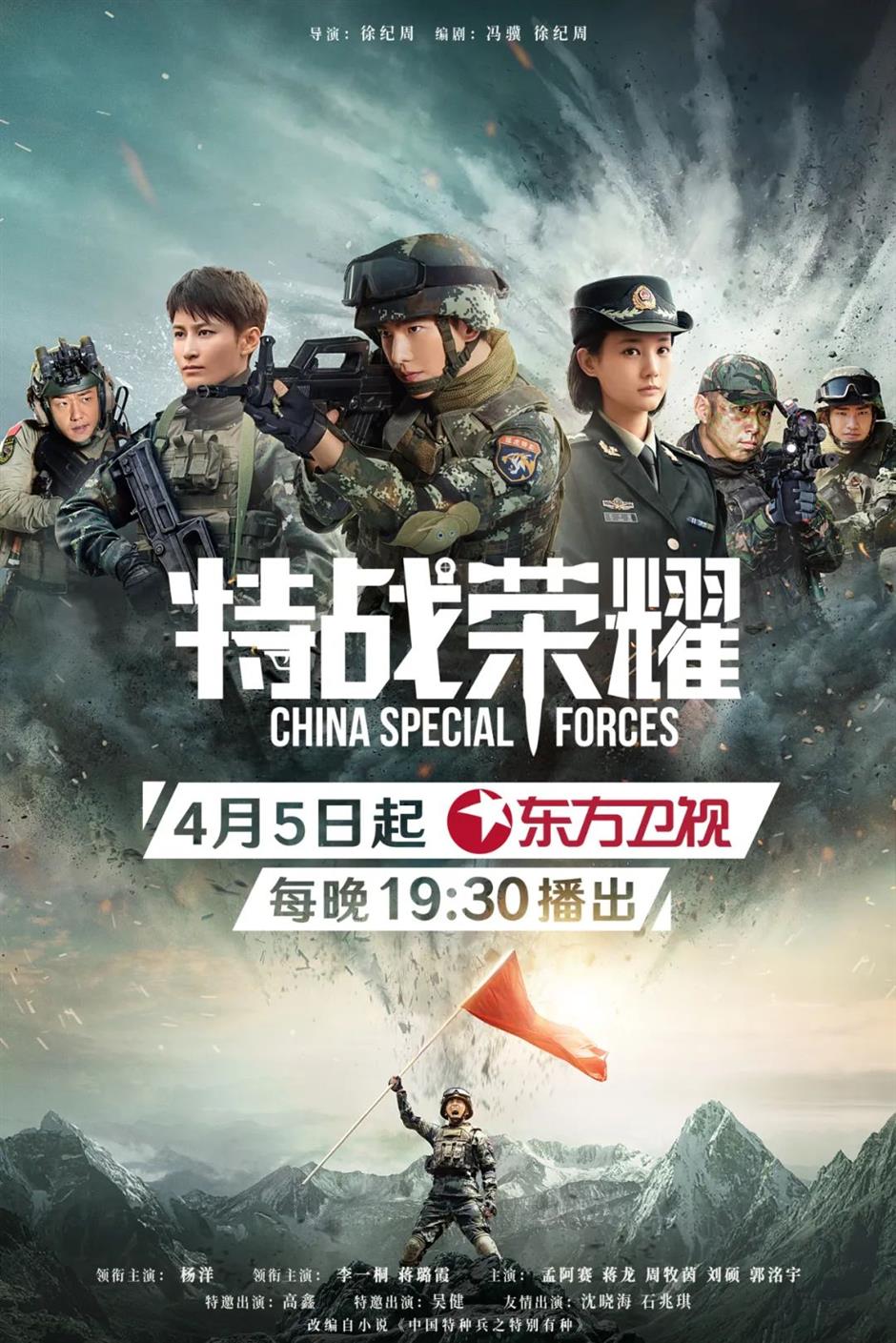 Shanghai began its two-phase lockdown on March 28, initially in the Pudong New Area and districts of Fengxian, Jinshan and Chongming, as well as parts of Minhang and Songjiang districts.

The second phase for the rest of the city in Puxi, originally scheduled from last Friday to Tuesday, has been extended and expanded to cover the whole city.