Concert hall comes back to life with the sound of music

The iconic 92-year-old Shanghai Concert Hall is ready to return on July 8, with a packed reopening day filled with events and performances from 10am to 10pm, followed by plenty of concerts, exhibitions and mini festivals throughout the summer.

Tickets and program details have just gone online on its official website, available in English.

The July 8 reopening will start at 10am, with the well-acclaimed immersive exhibition of traditional Chinese instruments. The exhibition invites visitors to explore the rich history, legends and contemporary experiments of iconic instruments via multimedia installations and interactive games. The exhibition was interrupted due to the lockdown, and will now be prolonged to end on August 7. 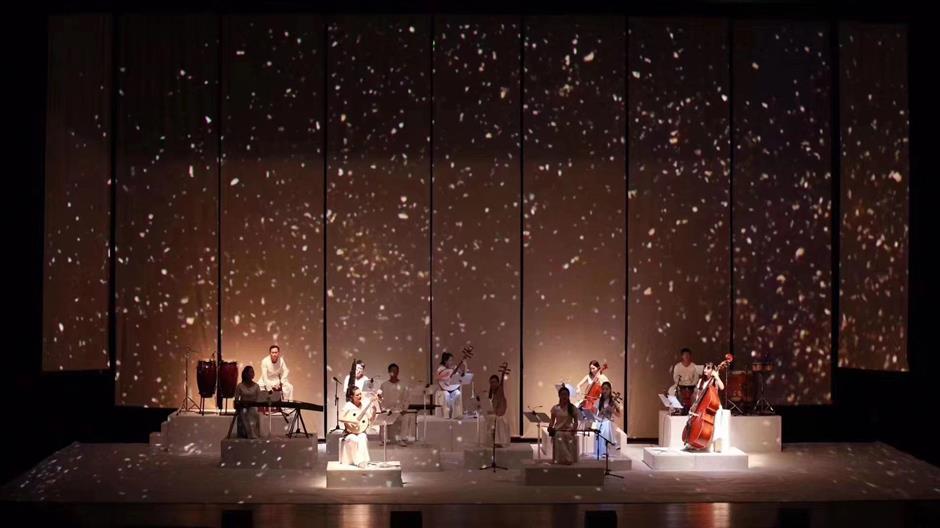 The curtain goes up again on July 8.

The hall, constructed as a cinema in 1930, has never been merely a performing venue, but also admired for its unique architecture and intriguing history.

It is a rare surviving example of a Western classic building designed by Chinese architects in old Shanghai – by China's first-generation modern architects Fan Wenzhao and Zhao Shen. Both changed to other styles shortly after finishing the original Nanking Theatre.

The reopening day will also feature a tour of the concert hall at 2pm. Visitors can appreciate the distinct design in its many rooms and explore the stories behind the huge dome elegantly toned in gold and oceanic blue, the 16 classic Corinthian columns, and the symbolic marble staircase, among others. Four such tours are available in July.

The concert hall's first live concert after lockdown will come with the much delayed spring romance in cross-boundary multimedia concert "Cape Jasamine Blossom." 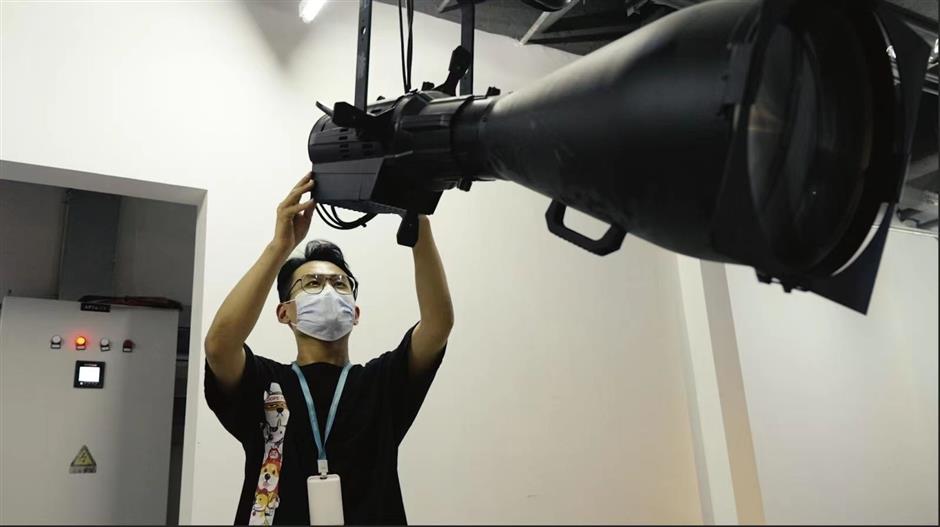 Staff at the concert hall make sure everything is ready to go. 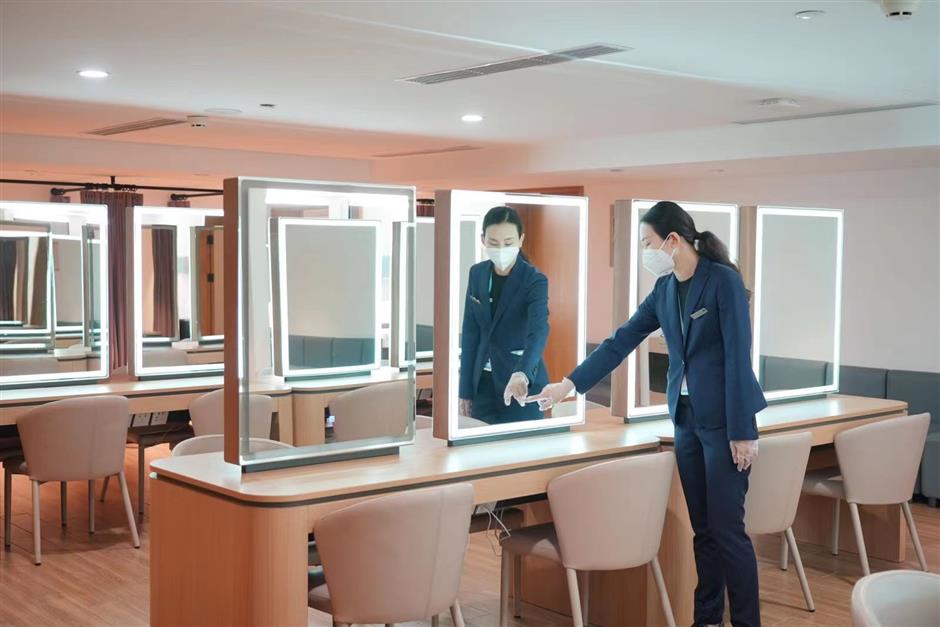 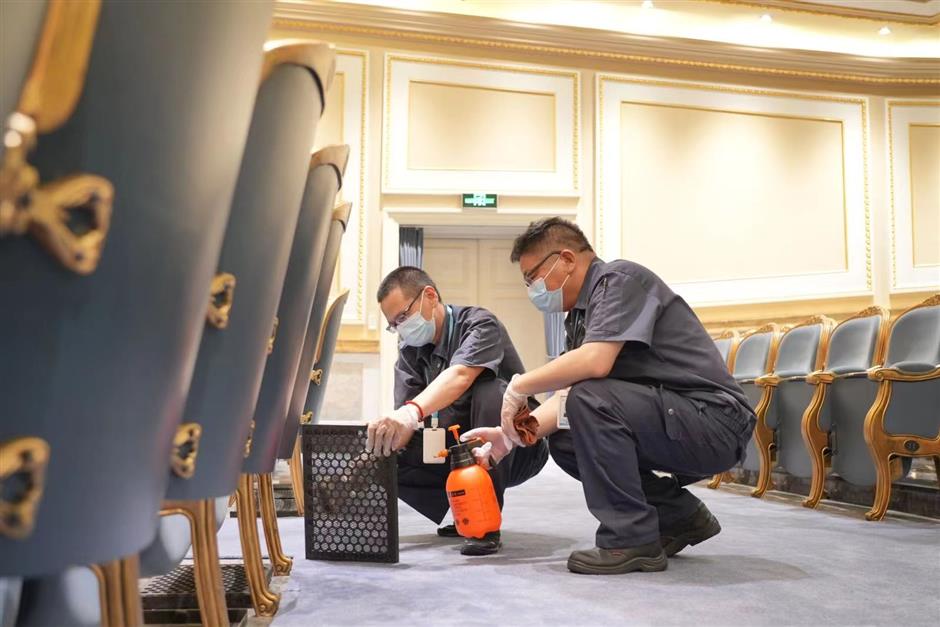 The show, created by the Shanghai Chinese Orchestra, features 12 of its best young musicians performing along with romantic multimedia visuals.

The orchestra will also return to the concert hall with an upgrade of its most popular concert, "Traditional Music Rises from the Sea Horizon."

Debuted in 2016, it has been performed more than 80 times in over 30 cities before getting an upgrade and became the concert hall's residency show last year.

The multimedia concert takes full advantage of the hall's upgraded facilities after a 2019 makeover, and incorporates the spirit or imagery of Chinese culture into every piece of the repertoire.

The opening piece "Water" is inspired by the philosophy of "the highest excellence is to be like water," and is performed with the hang drum and chiba. This centuries-old Chinese philosophy is also the inspiration for Bruce Lee, who famously said: "Be water, my friend."

The UFO-shaped hang drum is a relatively new instrument created in 2000 in Switzerland, while chiba is a vertical end-blown flute, one of the oldest Chinese woodwind instruments and which was played in the royal court of the Tang Dynasty (AD 618-907). 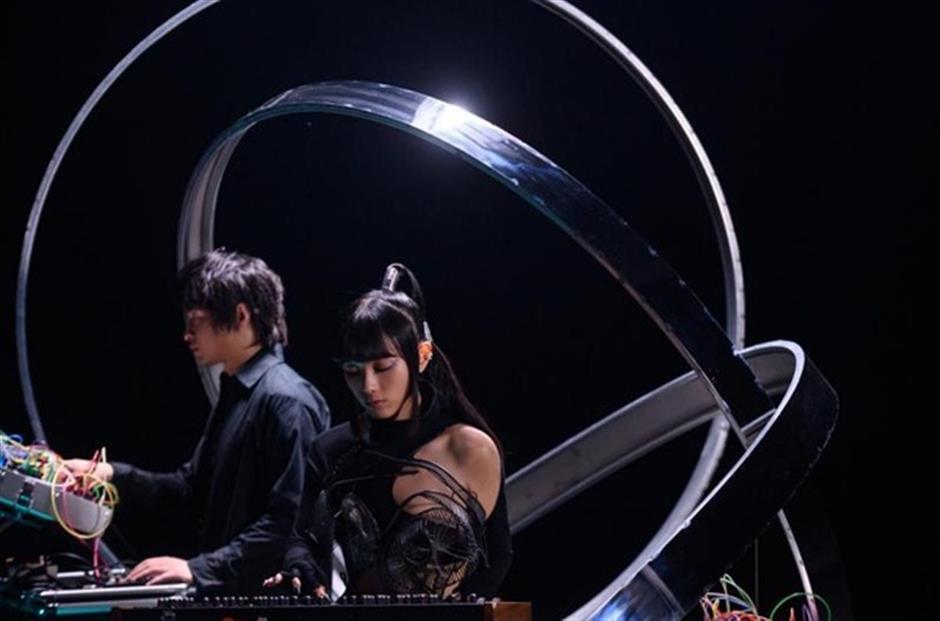 The concert hall's "Infinity" season five, originally scheduled for March, will also return in July. It features a series of cross-boundary concerts by refreshing young artists. It will start with electronic music duo Frankfurt Helmet's concert "Diving into Boundaries." The duo will collaborate with visual artist bing to create an immersive audio-visual space in the historic music hall.

Another "infinity" concert features bamboo flute performer Zhang Weiben, who will explore different ways that the traditional Chinese flute and chiba can collaborate with Western cello and piano.

The concert hall's mini music festival will also return in August, between 12th and 14th, with a Bach theme. Featuring Germany-based violinist Ning Feng, the series will have three Bach concerts and three Bach lectures.

The concert hall is also collaborating with the Shanghai Opera House to launch a series of concert versions of operatic performances, starting with "La Dame aux Camelias" on July 24. Two operas will be performed in concert version every month from August.