Four cutting-edge stage productions will be presented during the inaugural "Greatest of All Time" Youth Drama Showcase, which will be jointly launched by Theater Young and Beijing Fringe Festival.

The showcase will be held at Theater Young in Yangpu District from December 9 to 18, with famed avant-garde stage director Meng Jinghui as the artistic director. Script reading activities and an academic forum will also be organized. 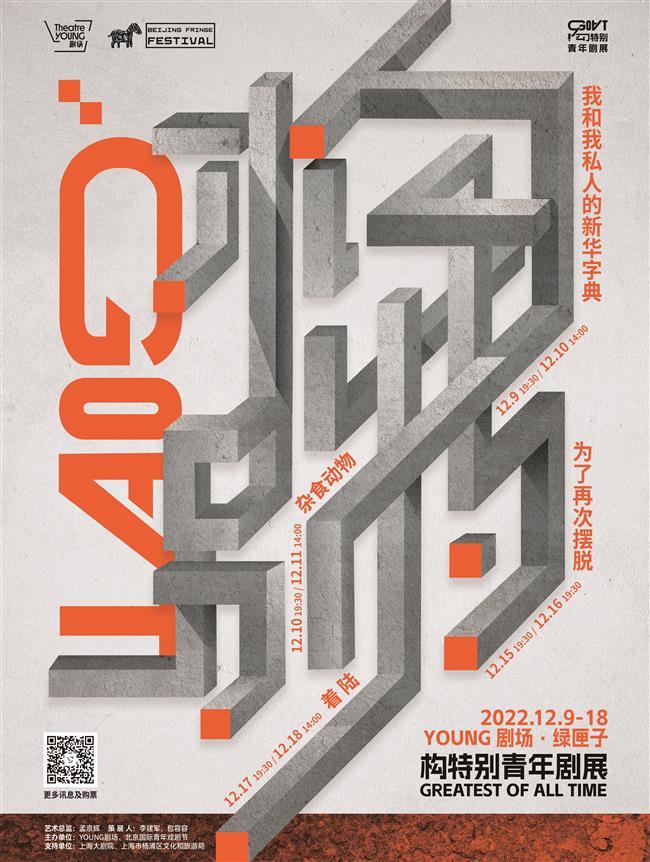 The "Greatest of All Time" Youth Drama Showcase is jointly introduced by Theater Young and Beijing Fringe Festival.

The documentary theater work "Me and My Private Xinhua Dictionary" shines light on the relationship between the best-selling Chinese dictionary and its users.

First published in the 1950s, Xinhua Dictionary accompanied the growth of a lot of Chinese students. It has been subsequently revised amid the changing political environment and social development.

People who used the same edition of Xinhua Dictionary usually share similar memories and knowledge systems. "Me and My Private Xinhua Dictionary" explores personal stories and memories. as well as the connection between individual and the group.

Three Bowls Co-op's "Flexitarian" centers on a divorced lady who lives alone in Shanghai. She enjoys the temporary freedom and emotional blankness, while deals with middle-age anxiety and thinks about topics like choice and right and wrong. It's a humorous realist stage work and a humble resistance to the trifling daily routine, senility and other social issues. 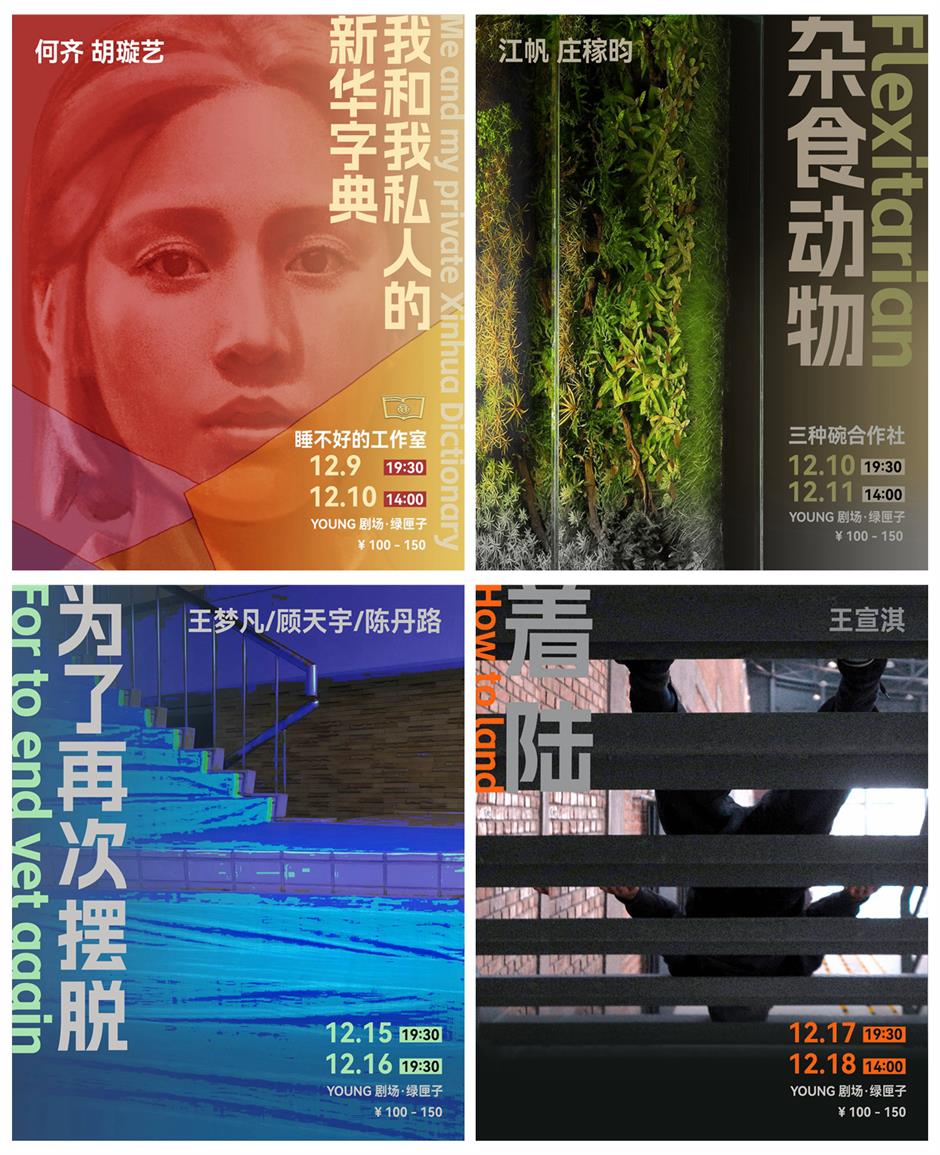 "For To End Yet Again" is an interactive performance during which audiences explore the physical expression of literary language with the performers.

"How To Land" interprets the physics concept "gravity" as a metaphor of man takes root in a turbulent world.

• Me and My Private Xinhua Dictionary

• For To End Yet Again