Journey to a distant era before smartphones

Today, it's hard to imagine life without a smartphone. Ruling our lives these days, the devices have changed the way we communicate. The old photos shot by Wu Liqiang bring us back to the time before mobile phones, and offer a glimpse of how locals communicated in the 1980s and 90s.

In the 1990s, telephone booths were all the rage – the only way many people could make phone calls in the era before smartphones. They played a very important role in people's social lives.

According to Wu, there were around 5,000 telephone booths in Shanghai at the end of the 1980s. Most of them sat at lane entrances.

Beyond a place for people to make phone calls, telephone booths were also an information center. The ayi (aunty) working in telephone booths knew the ins and outs of every family living in the neighborhood.

The telephones used in the booths were of two colors – green for making calls and yellow for receiving them. The fee was 0.04 yuan (0.60 US cents) for three minutes. 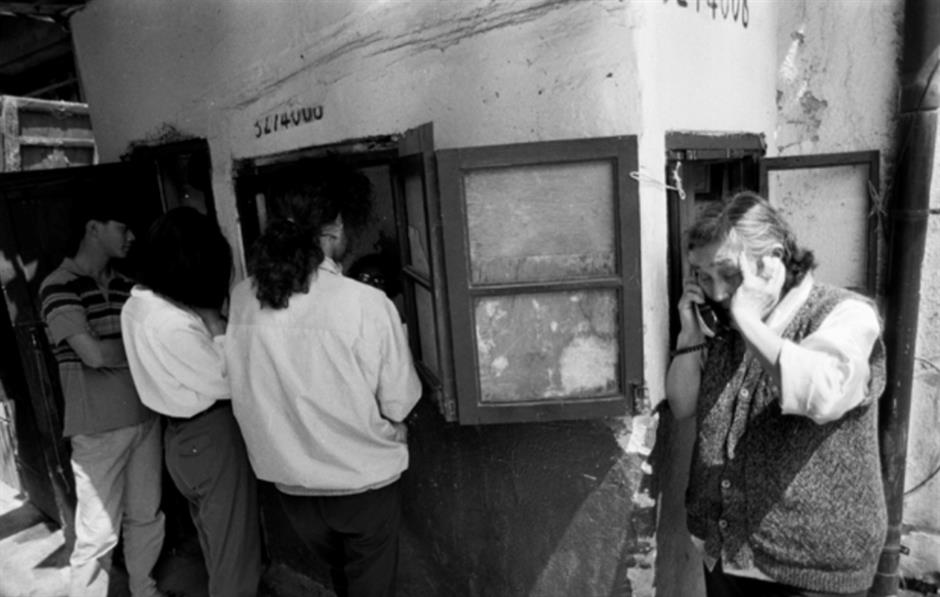 People stand at a public telephone booth to answer their calls in the 1990s.

Wu recalled an engineer at the Shanghai Sewing Machine Factory surnamed Zhang, who lived in the No.27 building of an old neighborhood on Julu Road. One day, the ayi at the telephone booth surnamed Li received a phone call from Wujiang in Jiangsu Province.

"Please help me notify an engineer surnamed Zhang who lives in building No.27," said the man on the other end of the line.

"What's your surname? What's your telephone number?" Li asked while writing information in a small note.

Carrying the note and a handheld loudspeaker, Li walked to building No.27 and yelled out: "Engineer Zhang, phone call from Wujiang in Jiangsu Province. Reply immediately."

Zhang's wife belted down the stairs and paid Li 0.03 yuan for her service. She recognized the telephone number and knew it was from a township enterprise, which intended to ask Zhang to give them guidance.

Wearing a pair of slippers, Zhang went to the telephone booth to call back.

"I have calculated the transmission ration of the gear and will draw the blueprint of the machine tomorrow," said Zhang. "The workload is quite heavy this time, so please consider my wage properly. Do you want Chunghwa cigarettes? I would ask my friends to buy them by the back door. I will arrive in Wujiang on Sunday."

Half an hour later, the gossip that Zhang would become a chief engineer of a township enterprise and make a fortune spread throughout the neighborhood. Some neighbors joked that they should let Zhang bring back some hairy crabs from Wujiang.

Brrring, another phone call came in the booth. It was a young man who wanted to talk with a beautiful girl nicknamed Maodou. The sophomore in high school lived on the third floor of building No.4.

"Maodou's mother said there can be no boys' phone calls," Li said sharply and hung up the phone immediately.

However, the young man was unwilling to give up. He rode to Maodou's home directly and shouted his own name downstairs an hour later.

At the end of the 1980s, some rich families began to install private telephones in their homes, which was a sign of wealth. However, it was better not to show off the luxury, as it might attract neighbors to make phone calls and make their homes into "public telephone booths" sooner or later.

Postboxes were once scattered all over the city, and mail was collected twice every day – around 9am and 4pm.

In the 20th century, lovebirds often communicated through letters.

Wu remembered a young man who had two tickets for a foreign movie that hadn't been officially released to the public. He decided to invite the girl he liked to watch it with him. After sending a letter to the girl, the man didn't receive a reply.

It was a windy, rainy day, but the young man still went to the cinema and waited for the girl. However, she didn't turn up. With a broken heart, the man returned home. To his surprise, he received the girl's reply the next day. It turned out the bad weather delayed the letter's delivery.

The young man could hardly wait to write to the girl again. Like many other parents, the girl's mother sometimes read her daughter's letters. Although she knew it was nosey, the mother considered it her responsibility to protect her child from harm.

Like Sherlock Holmes, the mother was able to detect gender and make deductions about the writer's character through his or her handwriting.

At the end of the 1980s, pagers were becoming popular in Shanghai. Also known as beepers, the wireless telecommunications device received and displayed alphanumeric or voice messages. 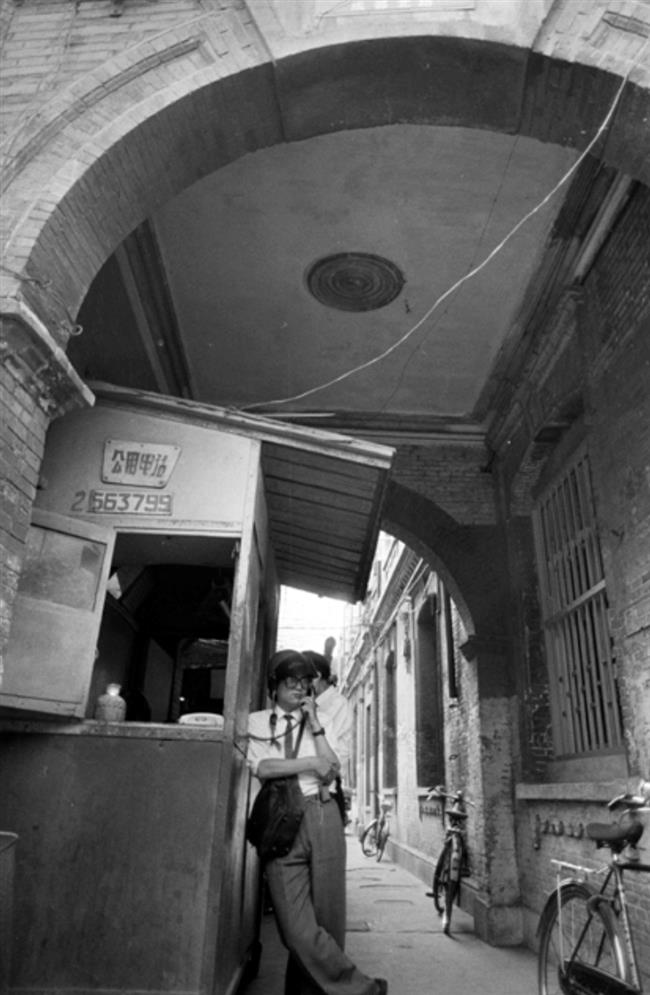 The man with a helmet and tie has a pager on the belt.

The devices weren't cheap, so mostly businessmen had them. Worn on the belt, beepers served as a status symbol.

Wu recalled the "beep" sound was frequently heard on crowded buses. Some owners didn't stop their pagers from beeping in order to flaunt their wealth. Out of resentment, some passengers stood in their way and wouldn't let them get off the bus.

A few years later, dageda, or the first generation of cellular phones, appeared in the city's markets. Weighing in at more than 1 kilogram, the device looked like a brick and came in limited supply. According to Wu, the symbolic tool for successful people cost up to 70,000 yuan in the early 1990s.

In that era, there was a popular saying: "If you have a dageda, you have nothing to be afraid of when traveling all over the world."

﻿
Special Reports
﻿
62910
,
Journey to a distant era before smartphones
What is an ideal country life like in Shanghai?
What is ideal dining? Meet the 'Steve Jobs in the kitchen'
Buzzword: 两头婚 Two-sided marriage
Trendsetting fashion mall celebrates 20 years
Iconic temple in Foshan's history
A quest to understand world around us
Brazil Coffee Nation Day to celebrate coffee culture
What to do during a 48-hour lockdown in the office?
Seeking something deeper to create the new and unexpected
EXPLORE SHINE