Hangzhou's Shangcheng District has won the "Da Yu Ding" silver award for its efforts in the "five waters," which refer to sewage, floods, waterlogging, water supply and water saving.

The Da Yu Award was established in 2014 to honor achievements in battling water pollution and protecting resources.

Da Yu was known for controlling floods in ancient times. He was buried in Shaoxing City in Zhejiang. As a hero who tamed rivers of central and east China, he is worshipped today.

Only projects which qualify for three consecutive years are eligible for the award.

The Da Yu Silver Award has developed into a reflection of efforts in managing rivers and sewage.

There are more than 250 river chiefs working voluntarily with government officials, river police and cleaners to form a network monitoring the waterways. 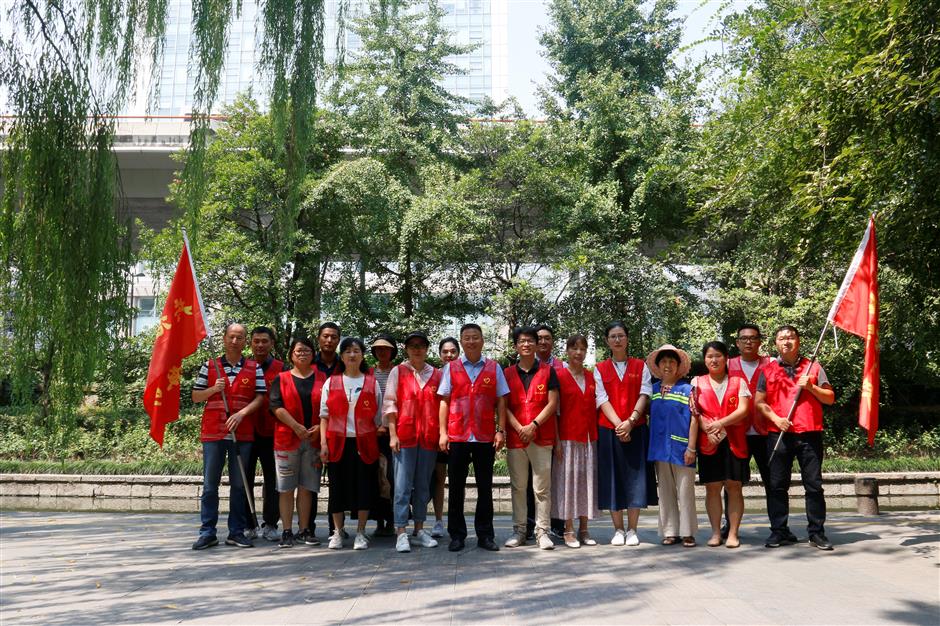 The battle against water pollution, however, can't win in an instant. Once a river is polluted, it takes a lot of effort and time to restore it.

About 50,000 residents have registered as volunteers and participated in protecting waterways.

Today, water quality in 85.1 percent of rivers has reached class IV, just one step away from that of drinking water.

Shangcheng District has coordinated its experience with that of Zhejiang Province into the Technical Regulations for Diversion of Urban Rainfall and Sewage, providing guidance for all cities in the province.

In 2018, the district invested about 450 million yuan (US$66.8 million) in restoring the ecological environment in Fengshou Lake. 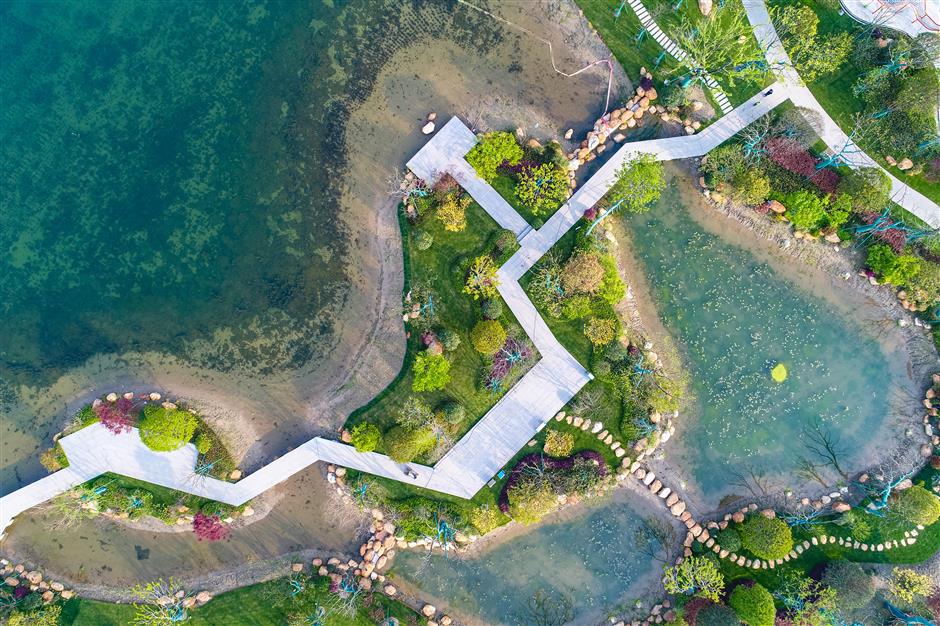 The Fengshou Lake with a charming ecological environment in Shangcheng District

After many years of restoration, the lake has been transformed into a wanghong, Internet celebrity, reservoir integrating exhibition space with technology and the landscape.

Shangcheng also has launched a series of measures to improve its water.

The district has installed automatic monitors along watercourses and smart sensors in manhole covers and built supervision stations along rivers.

All water resources are under the umbrella of big data technology. With the help of big data and cloud computing, a smart system has been developed which will streamline water management.

These smart facilities have formed a network of water disposal and hydrological systems, helping Shangcheng District prevent floods and waterlogging and deal with urban sewage.

The district is also building more leisure facilities for residents.

Fishing areas and waterfront promenades are available for fishing enthusiasts and joggers, together with steps leading to the riverbanks of the lake. 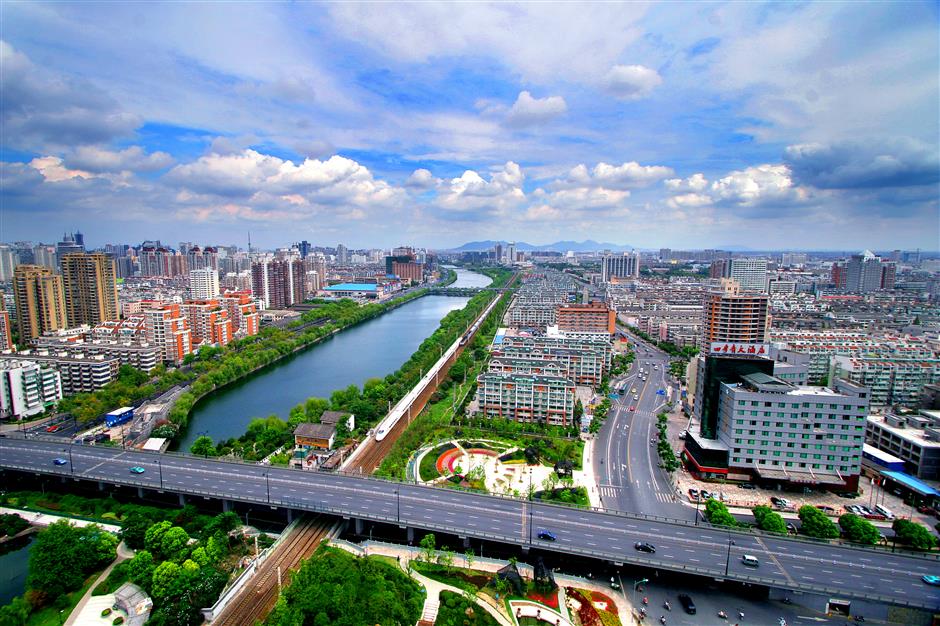