Take a walk on a fairway to heaven 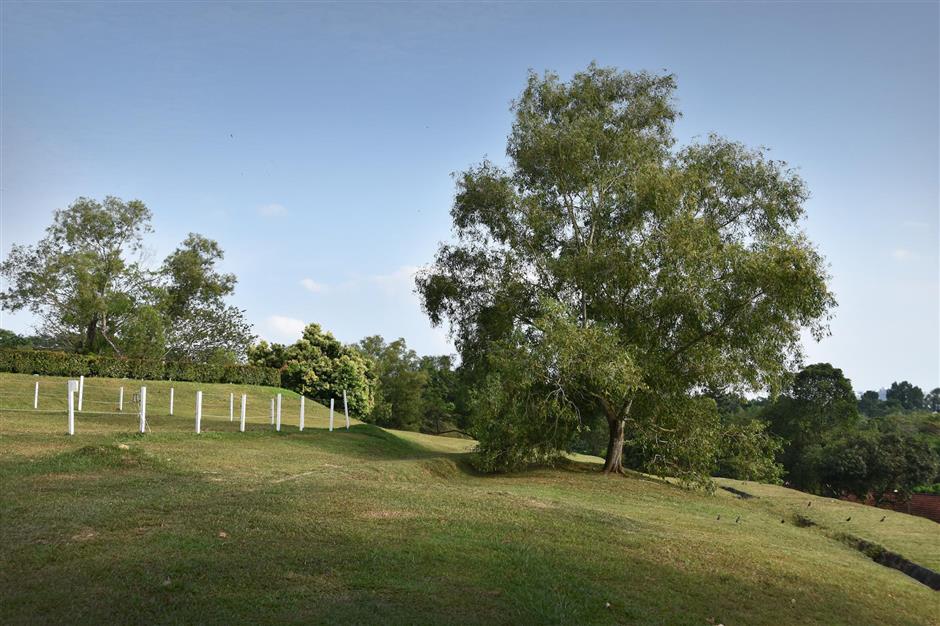 Fairway Drive, a narrow driveway, offers a vast greenland that extends beyond the view.

For a small country like Singapore, one might be pleasantly surprised that it has earned a reputation as a “garden city.” Its ostentatiously designed Gardens by the Bay is a purposeful blend of an authentic garden that displays a wide range of flora and fauna. Many natural landmarks plant themselves within surrounding skyscrapers. Ask any local and they will easily point out the parallel rows of trees lined up along every stretch of road as proof of a garden in the concrete jungle.

An online search will bring a myriad list of options that spans beyond the narrow appreciation of nature in the city. Singapore has over 300 parks and four larger-scale nature reserves within its 719 square kilometers. The parks are fairly distributed across the island, making it an accessible landscape and lifestyle for both locals and visitors.

Many people will have visited the nature reserves, such as Bukit Timah and MacRitchie, which encapsulate a great diversity of plants and animal species. They welcome all ages, presumably due to the sturdy boardwalks and routes that offer different levels of difficulty.

Located between the two reserves lies Fairway Drive, a narrow driveway that invites the occasional stream of cars, especially at weekends.

Trekking along the route, I was surprised by the sights I could have easily zoomed past in seconds in a car. A vast greenland extends beyond my view, only hidden by bushes almost tall enough to seclude the beauty.

As I made my way out later, as the sun set, I noticed a small figure in a trotting movement from afar — a member of the Singapore Saddle Club.

A barn that houses a handful of stallions is one of only a few in Singapore. It is a sight not to miss even if riding is not your expertise. In the afternoon, horses and ponies are let out to roam by turn across the fields. I stood by the fence and took my chance. A young brown horse took the hint and moved in toward me for a friendly acknowledgement before strolling away. An hour might pass as time slows down when one is mesmerized at a scene like a countryside painting.

Others choose to do the same by settling at an adjacent cafe. Don’t judge the place by its exterior — the Riders’ Cafe is raved about by young trendsetters. Widely known as a brunch spot, many come dressed in chic clothing for the atmosphere and casual dining food that then features on their social media feeds.

This is especially evident from popularity of the seats along the balcony, giving the best view of the barn. I propped myself at a window seat at the other end of the room, taking in another view of the wooden interior that is ventilated by the humid warm air and activity from outdoors. 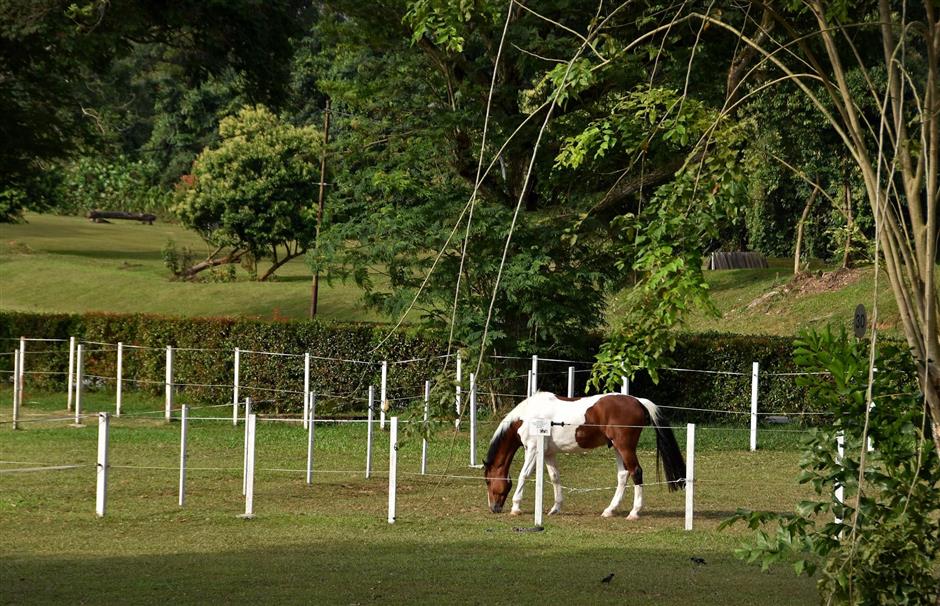 Horses and ponies from the Singapore Saddle Club are let out to roam by turn across the fields in the afternoon by Fairway Drive.

Expats or families may spend a good few hours in the club for their regular riding or pony-ride experience. The club is open to the public and prices are affordable for an interactive, educational hands-on experience.

Instead, I opted for a stroll to the end of Fairway Drive as the cafe is only a midway stop. Taking light steps, there were almost no vehicles in sight. Ahead of me, the road extends with a bend before disappearing from sight.

Feeling free and content away from the stale air I had usually encountered surrounded by concrete walls, I stopped to steal a few shots of the scenic view. I tried searching for the lone tree, a popular landmark that had apparently became the backdrop of many wedding shots I’d seen online, but to no avail. It could be within the riding course that was out-of-bound to non-riders like me.

Recalling the small number of cars that passed by me on the road, the carpark that marked the end was surprisingly filled up by a swarm of vehicles. Another child-friendly service could be the main force of attraction. Young children, mainly of expats who spoke with different accents, engaged in a quiet activity rather than running about in the enclosed spaces.

It was as though one had gone back in time where children had no contact with iPads and digital toys. They looked down upon the holes on the ground, strategizing their next move with their golf clubs, making it therapeutic to watch. The Bukit Timah Golf club holds weekend classes for children.

The bistro bar playing pop music provided a casual waiting point for parents and golfers. Another Thai restaurant that featured an exclusive resort exterior reminded me fondly of those along the streets of Phuket beaches. Despite being featured in many blogs where most locals get their tip-offs for food hunts around Singapore, the Southeast Asian restaurant eluded a strong mysterious vibe in contrast. While limited, the restaurants here do provide sufficient dining options for visitors.

On Fairway Drive, one can easily spend a whole day soaking in the countryside vibes before heading out to the main road back to the city’s embrace. I suggest taking a walk for an unforgettable experience.