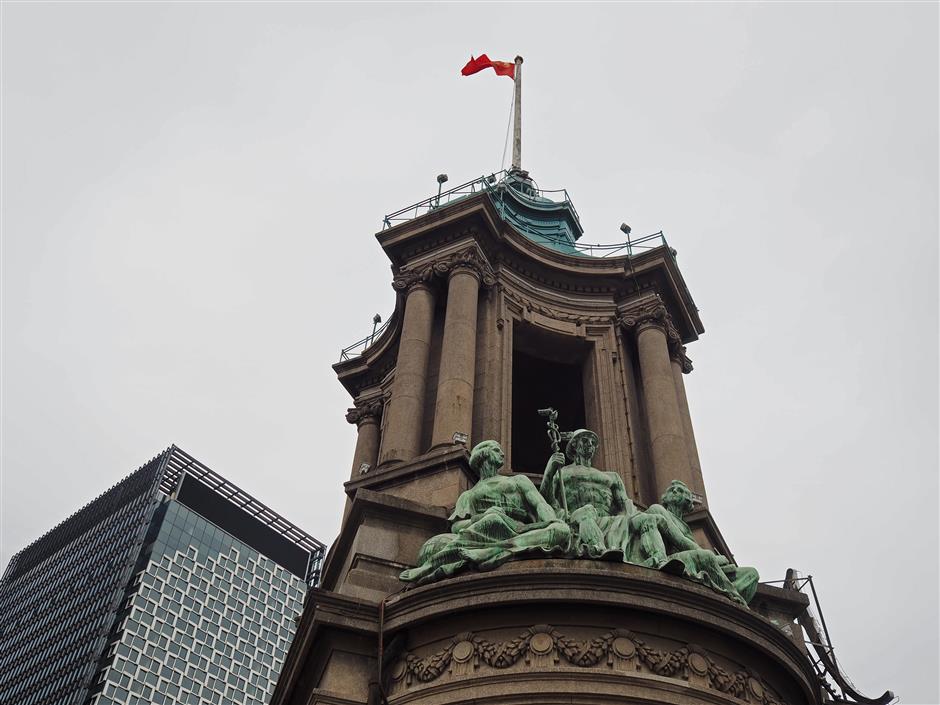 The Shanghai Post Museum features a clock tower with the sculptures of three ancient Greek gods atop. Hermes, the messenger god, is flanked by two figures of Eros, the god of love.

The Baroque building housing the Shanghai Post Museum features a clock tower with the sculptures of three ancient Greek gods atop. In the middle is Hermes.

He is an apt figure to adorn the site commemorating Shanghai’s postal service because he is the messenger god.

The Post Museum structure, sitting astride the Suzhou River, was built in 1924, when China’s modern postal service was in its infancy. Like most postal services around the world, its importance waned as phones, then emails and then social networking eclipsed letter writing.

The three bronze gods atop the clock tower have oxidized and turned green, perhaps a symbol of the faded importance of the post in everyday life. But the museum is still worth a visit, if only to look back on that golden era when a letter and a stamp conveyed love, friendship, business dealings, holiday greetings, good news and bad news.

The Post Museum is on the second floor of the building, behind a heavy wooden door that says Shanghai Post Office. Be prepared to shoo away scalpers sometimes gathered there, claiming to peddle limited stamp editions.

The museum traces the history of postal services, starting with communications used long before the written word was carried between correspondents.

Military officials during the Yin and Shang dynasties (16th-11th century BC) transmitted information by drumming, according to a replica of inscriptions on a tortoise shell made during that era.

In ancient China, use of the postal service was limited to government officials and the military. In the Han (206 BC-AD 220) and Tang dynasties (AD 618-907), sealing clay was invented to prevent government letters from being illegally opened. Broken pieces of clay on display at the museum show the wisdom of those ancestors.

A replica of “Portrait of Estafette,” a painted ancient brick dating back more than 1,600 years, shows how ancient postmen delivered urgent war information. If you look closely, you will notice that the postal carrier has no mouth, a symbol of the necessity to keep correspondences secret. The picture was used on the first green card issued by the Post Savings Bank of China in 1995.

Shanghai’s modern postal service began in 1840, following on the heels of Western settlements in the city. It was a time when postal stations, private mail offices, guest posts, Customs post and the Chinese imperial post were all cropping up, one after another.

In 1861, the British started what is considered Shanghai’s first post office. It was called “guest post” and was not sanctioned by the Chinese government. German, Japanese and Americans, who also had settlements in China, flocked to open their own post offices. Because of smuggling and drug trafficking sometimes associated with the guest posts, they were all shut down in 1922.

In 1878, Shanghai China’s Customs Statistical Department issued the country’s first stamp, a set called the Large Dragon. The museum displays several draft designs for that first stamp. This July, a tour exhibition of the Large Dragon was held in five cities to celebrate its 140th anniversary.

In 1896, China finally initiated its own postal service. A replica of a memorial to its inauguration, bearing the image of Emperor Guangxu (1871-1908), is on exhibit at the museum.

One of China’s earliest mailboxes from the Qing Dynasty (1644-1911) is painted green, with a serpentine dragon and the words “Qing Dynasty Post.” It is also on display at the museum.

Working for the postal service was considered a worthy job during the Republic of China (1912-49). Prospective employees had to pass an examination that included Chinese, math, geography, English and science proficiency. There were also strictures on how a postal clerk should look in appearance.

The service grew leaps and bounds, conveying letters and parcels by bicycle, train, car, ship and finally by plane. The old Shanghai Post Office bought 100 bikes, each costing 60 silver dollars, or the equivalent cost of 150 eggs at the time.

In 1924, British architect R.E Stewardson designed the Baroque building that was to be the headquarters of the Shanghai Post Office. It costs 3.2 million silver dollars. The former director’s office was restored with its original set of beautifully carved hardwood furniture. 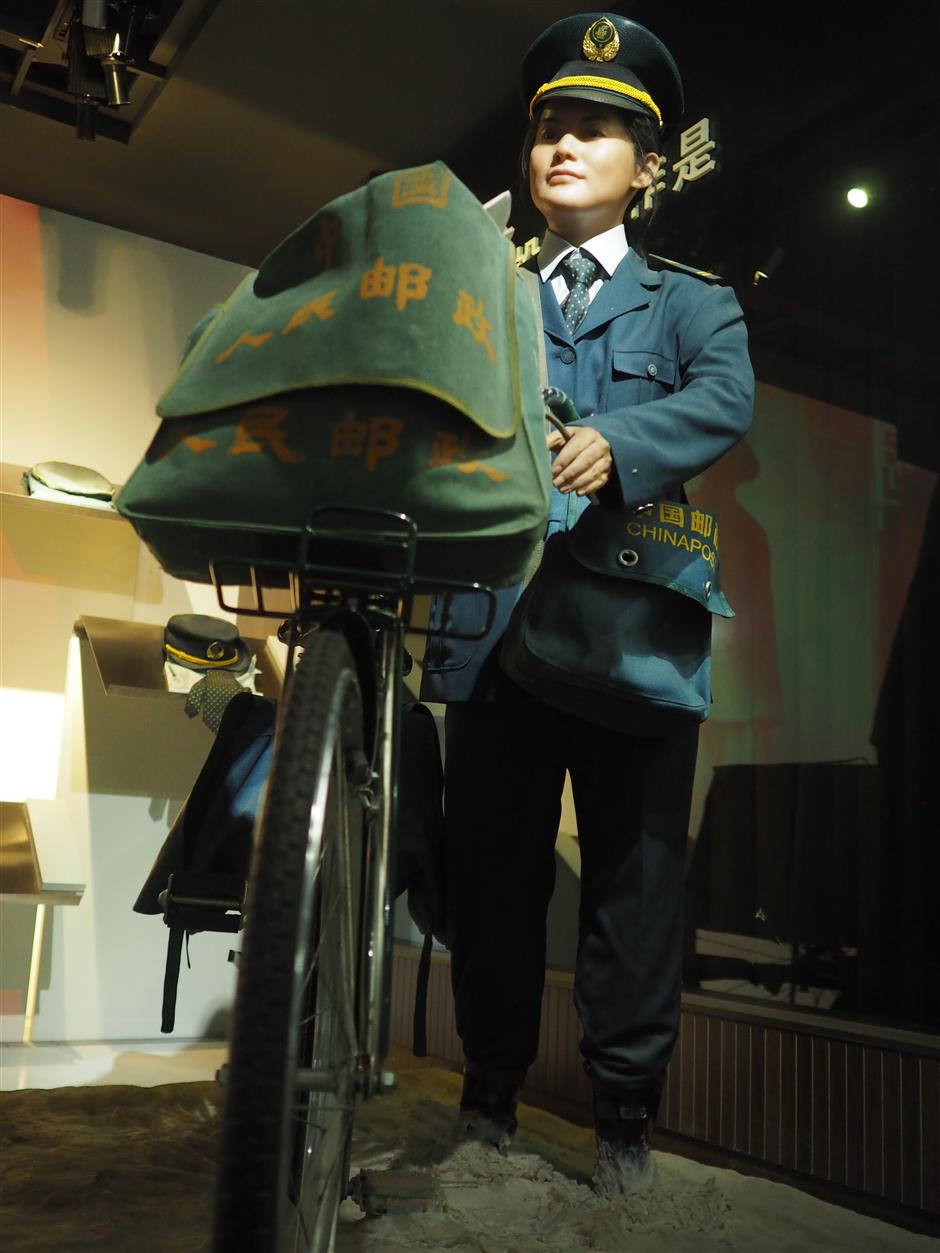 A wax statue of a postman from the 1980s is equipped with a uniform, a green painted bike and his mailbags.

After the establishment of the People’s Republic of China in 1949, development of the postal industry accelerated.

In 1985, the Great Wall Station Post Office at the South Pole was officially opened, under the jurisdiction of the Shanghai Pudong New Area Post Office. It was given the postcode of 200138. Visitors can see the stamp, date mark and ink used by its first director, Yang Bingjin.

Shanghai Post’s branch offices expanded from 30 in 1911 to 584 in 2003. In that latter year, the Shanghai Pudong Mail Hub, a center for mail sorting, processing and transport across East China, went into full operation. Don’t miss the 15-minute demonstration every morning and afternoon of the automatic letter-sorting machine RFID. 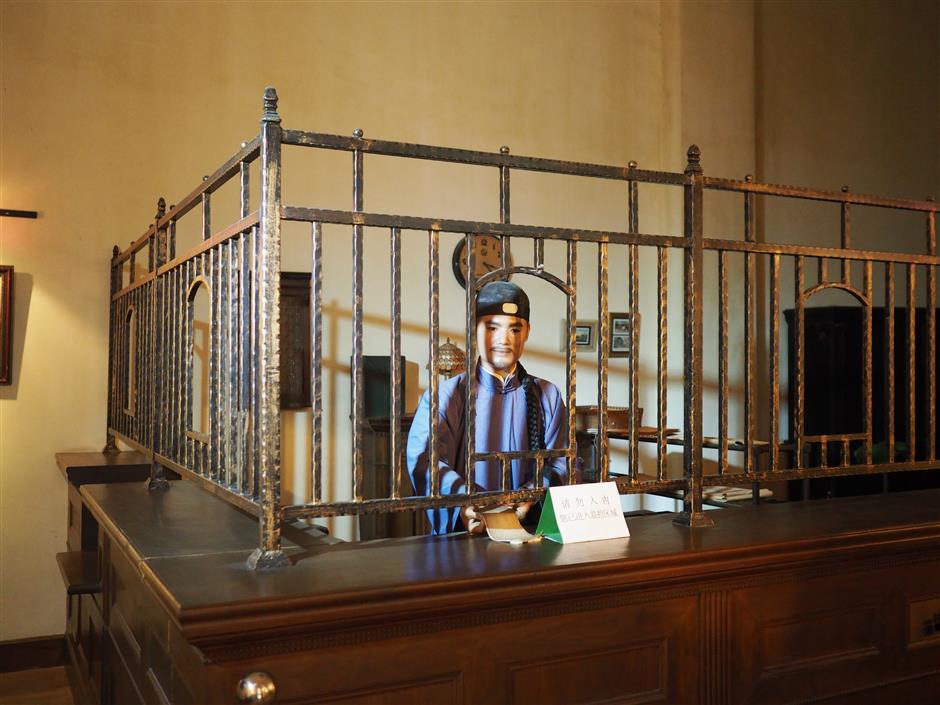 Scales used to weigh letters and parcels and various foreign mailboxes are also on display.

A big highlight of the museum is the stamp exhibition hall. There visitors can see the world’s first postage stamp — the Penny Black from 1840 England — and China’s Large Dragon stamp from 1878. Also on display is China’s Monkey stamp, issued in 1980 and estimated to be valued at 10,000 yuan (US$1,440) today.

A large screen that is 2.4 meters long and 1.1 meters high, all made of Pu’er tea leaves, was presented by Yunnan Province Post as a gift to the Shanghai postal service. The leaves on the front form a magnolia, Shanghai’s city flower. On the back, they are shaped like a camellia, Yunnan’s flower.

The variety of stamps on display in the hall are riveting. There’s the disc stamp of Bhutan, the crystal stamp of Austria, a chocolate-aroma stamp of Switzerland and a three-dimensional stamp. 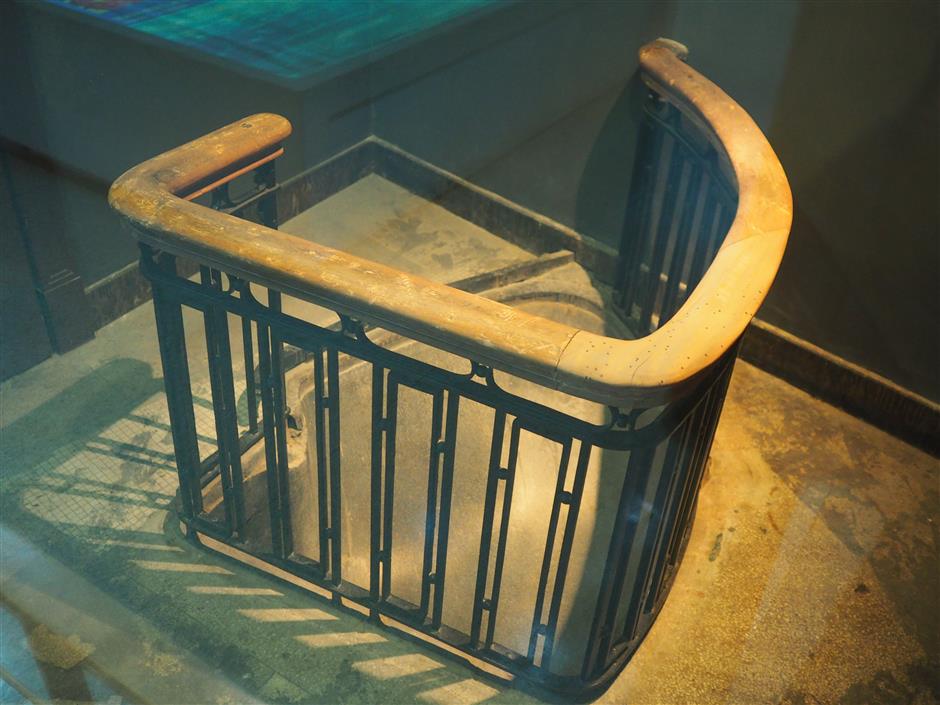 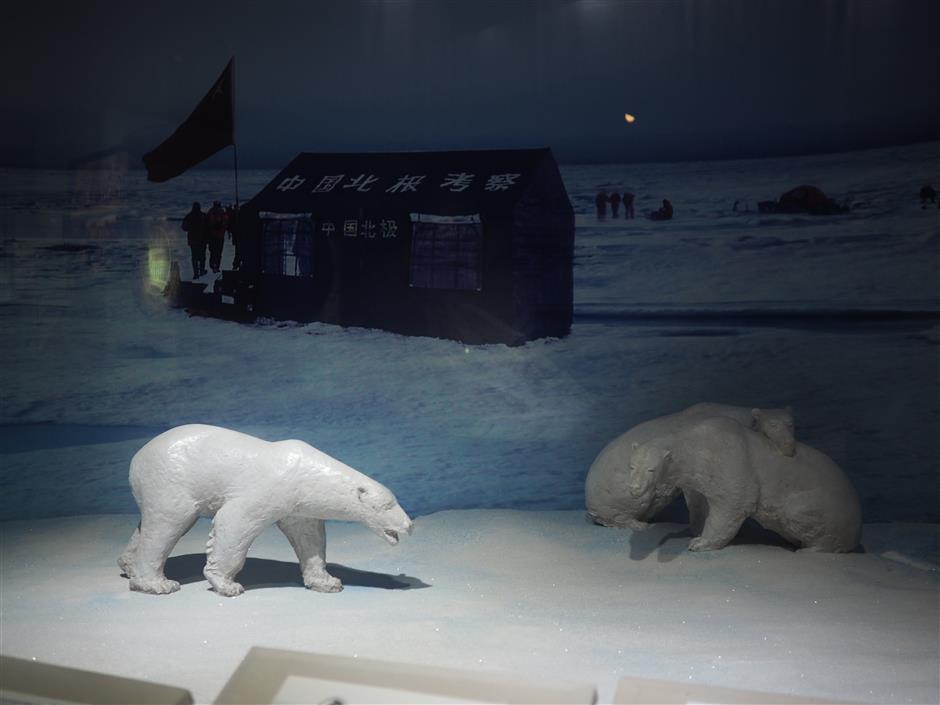 China Post opened an onboard post office in the icebreaker Snow Dragon at the North Pole in 1998.